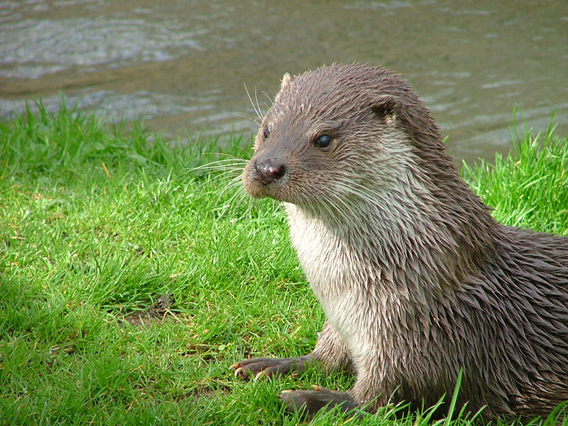 Eurasian otter in Britain. The Japanese river otter was a subspecies of the Eurasian. Photo by: Catherine Trigg.

Japan’s Ministry of the Environment today declared the Japanese river otter (Lutra lutra whiteleyi) extinct. Last seen in 1979 in the city of Susaki on the island of Shikoku, the unique subspecies was killed-off by overhunting and loss of habitat due to development.

Up until the Twentieth Century, the Japanese river otter was common in rivers across the country, feeding on fish and shrimp. Several expeditions to discover the mammal were undertaken in the 1990s. Yoshihiko Machida, a researcher at Kochi University, told The Japan Daily Press that he believes the animal may still survive based on scat found in 1999.

Still time to save most species in the Brazilian Amazon

(07/12/2012) Once habitat is lost or degraded, a species doesn’t just wink out of existence: it takes time, often several generations, before a species vanishes for good. A new study in Science investigates this process, called “extinction debt”, in the Brazilian Amazon and finds that 80-90 percent of the predicted extinctions of birds, amphibians, and mammals have not yet occurred. But, unless urgent action is taken, the debt will be collected, and these species will vanish for good in the next few decades.

(06/29/2012) With the death of Lonesome George, the world lost the last member of a subspecies and Ecuador its greatest symbol of the Galapagos Islands, but Fausto Llerena lost his best friend.