Featured video: see the world from the eyes of a cormorant 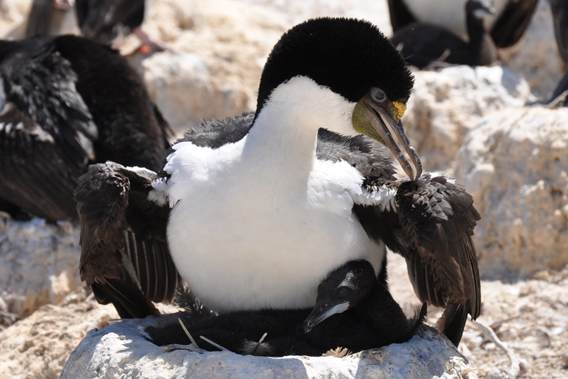 Imperial cormorants are found on Argentina and Chile. Related cormorants, whose taxonomy is still being sorted out, are found all the way south to Antarctica. The species is currently listed as Least Concern by the IUCN Red List.