U.S., others commit to restoring 45 million acres of native forests 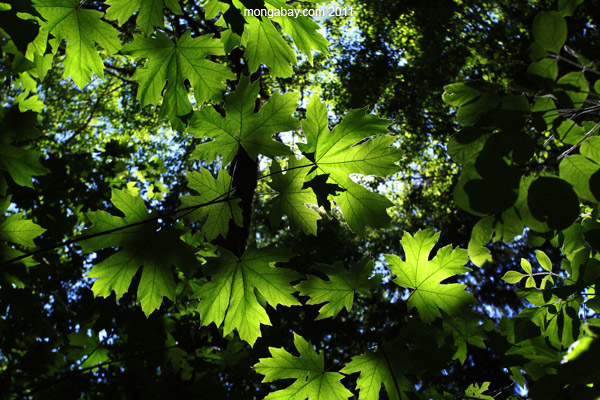 The U.S. Forest Service joined Rwanda, a Brazilian coalition, and a Central American alliance of indigenous groups in a pledge to restore 18 million hectares (45 million acres) of native forests, reports the IUCN, a conservation group.

The commitment represents about 12 percent of a 150 million hectare target — known as the Bonn Challenge — set by IUCN for 2020.

“IUCN is delighted to see such important contributions to the Bonn Challenge target to restore 150 million hectares of deforested and degraded lands by 2020,” said Julia Marton-Lefčvre, IUCN Director General, in a press release. “The largest restoration initiative the world has ever seen is now truly underway, and will provide huge global benefits in the form of income, food security and addressing climate change. We urge other countries and landowners to follow suit.”

The U.S. Forest Service will restore 15 million ha of forests across the United States, while the government of Rwanda pledged 2 million hectares and the Brazilian Mata Atlantica Forest Restoration Pact committed to “over 1 million hectares.” The commitment from the Mesoamerican Alliance of Indigenous Peoples was specified.

It wasn’t immediately clear whether the pledges represented new commitments or restatements of prior plans.

IUCN estimates that restoration of 150 million hectares of forests could generate $80 billion in additional economic activity while sequestering hundreds of millions of tons of carbon from the atmosphere.