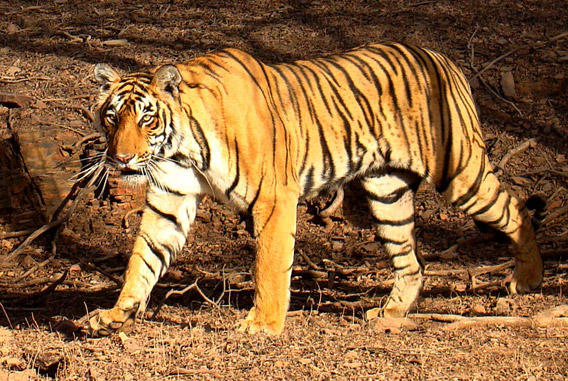 Since January 1st, 48 Bengal tigers (Panthera tigris tigris) have been found dead in India, which has the world’s largest population of tigers. According to India’s National Tiger Conservation Authority (NTCA), 19 of those deaths have been confirmed to be at the hands of poachers, but that number could become even higher. In order to combat a surge in tiger poaching, the Indian state of Maharashtra has recently granted legal immunity to any forest ranger who shoots a poacher.

“The largest numbers [of tigers] have been killed in the Corbett National Park in Uttarakhand state and in the Tadoba tiger reserve in Maharashtra,” S.P. Yadav, deputy inspector general with NTCA, said last week. “The situation is critical and we are taking several emergency measures.”

The death of 48 tigers in six months is especially alarming, given that last year only 56 tigers died over twelve months with only nine believed to be due to poaching.

Poachers kill tigers for their body parts, which are sold via the black market to wealthy consumers in Southeast Asia and China who believe that some parts, such as bones, contain medicinal value. Consuming tiger parts is also seen as a status symbol in some Asian countries.

As of 2010, India was home to 1,706 Bengal tigers. Worldwide, around 3,000 tigers are believed to survive–less than the number held in captivity in the U.S. Not surprisingly, the tiger is listed as Endangered by the IUCN Red List.

A summit in 2010, which included all the world’s tiger-range states, pledged to double the number of tigers in the wild by 2022.