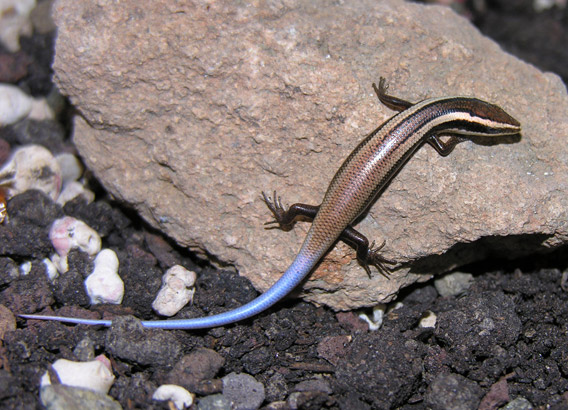 In a single paper in Zootaxa scientists have rewritten the current understanding of lizard biodiversity in the Caribbean. By going over museum specimens of skinks, scientists have discovered 24 new species and re-established nine species previously described species, long-thought invalid. The single paper has increased the number of skinks in the Caribbean by 650 percent, from six recognized species to 39. Unfortunately, half of these new species may already be extinct and all of them are likely imperiled.

“Now, one of the smallest groups of lizards in this region of the world has become one of the largest groups,” co-author Blair Hedges with Penn State University said in a press release. Hedges and his team determined the new species through morphological research as well as DNA studies.

But some of the new species may already be gone, while others may not be long for this world due to a single introduced species: the mongoose. Introduced into Caribbean Islands in the 19th Century to prey on rats, mongoose have also decimated many of the islands’ native species including skinks.

“Our data show that the mongoose, which was introduced from India in 1872 and spread around the islands over the next three decades, has nearly exterminated this entire reptile fauna, which had gone largely unnoticed by scientists and conservationists until now,” Hedges explains, noting that “by 1900, less than 50 percent of [the islands with introduced mongooses] still had their skinks, and the loss has continued to this day.”

While mongoose are the primary problem, deforestation and habitat loss remain problems for skinks and other Caribbean wildlife.

The new skinks had gone unacknowledged for so long because researchers rarely bumped into them due to their scarcity and those that did failed to notice distinguishing characteristics.

“According to our research, all of the skink species found only on Caribbean islands are threatened,” Hedges said. “That is, they should be classified in the Red List as either vulnerable, endangered, or critically endangered.” 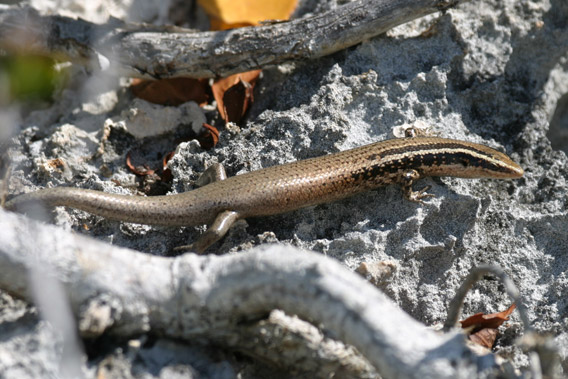 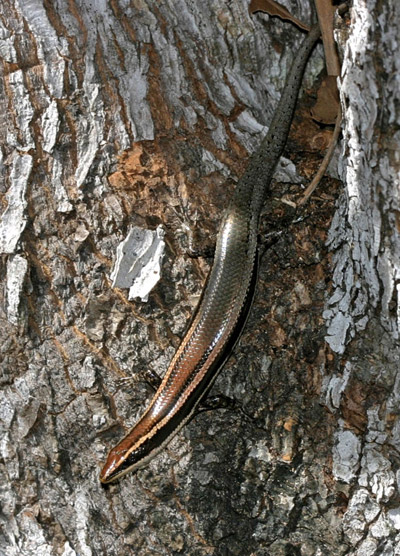 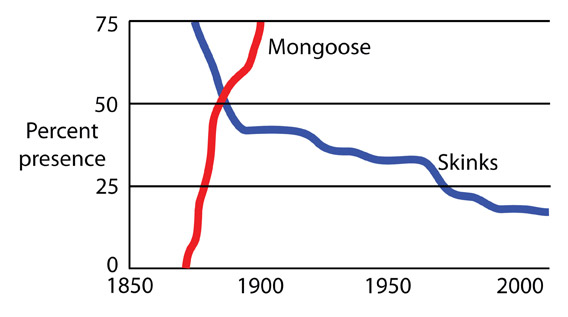 (02/13/2012) Researchers have discovered a new species of lizard in the Peruvian Andes, whose males sport beautiful colors, according to a paper in ZooKeys. The highest-dwelling known species of the genus Potamites, the new lizard, dubbed Potamites montanicola, was found in forest streams at 1,500 to 2,000 meters (4,900 to 6,500 feet). The species was discovered as apart of a biodiversity monitoring program by COGA, a Peruvian fossil fuel company.

(01/12/2012) A new study in Biology Letters has found that warmer temperatures may make lizards smarter, even as past studies have linked a global decline in lizards to climate change.

(07/13/2011) Reptiles have long been thought to be dim-witted, but a new study in Biology Letters finds that the Puerto Rican anole, a type of lizard, can match birds in smarts. Using cognitive tests that have been previously used on birds, researchers with Duke University found that the lizards were capable of solving a problem they’ve never encountered before, remembering the solution in future trials, and even changing techniques when presented with new challenges. In fact, the tiny anoles solved the test with fewer tries than birds. Given reptiles’ reputation of being slow-on-the uptake the head author, Manuel Leal, said the findings are ‘completely unexpected’.