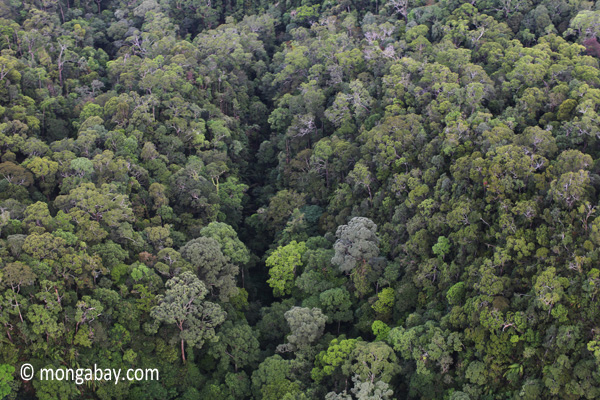 The rural poor would substantially boost their income if the ecological services of the ecosystems they steward were valued and compensated by the rest of the world, claims a new study published in the journal Bioscience.

The study assessed the value of benefits from receive from healthy and functioning ecosystems — including crop pollination, foods and fiber, medicines, clean water, and climate regulation — across 17 of the world’s key conservation hotspots. It estimated the value of these services in these places at more than a trillion dollars per year to poor communities, with the potential to generate another $500 billion a year if humanity were to compensate locals for the value of services afforded to the rest of mankind. The study concluded that the benefits of these areas far outweighed the cost of conserving them.

“What the research clearly tells us is that conserving the world’s remaining biodiversity isn’t just a moral imperative; it is a necessary investment for lasting economic development. But in many places where the poor depend on these natural services, we are dangerously close to exhausting them, resulting in lasting poverty,” said Will Turner, lead author and Vice President for Conservation International, in a statement.

The study determined that “if the value generated by ecosystem services to local people were distributed effectively and equitably, it would exceed $1 per-person per-day for nearly one-third of the world’s poorest people.”

“Developed and developing economies cannot continue to ask the world’s poor to shoulder the burden of protecting these globally important ecosystem services for the rest of the world’s benefit, without compensation in return,” said Turner. “This is exactly what we mean when talk about valuing natural capital. Nature may not send us a bill, but its essential services and flows, both direct and indirect, have concrete economic value.”