Conserving Ecuador’s Paramos, the alpine tundra ecosystem of the Andes 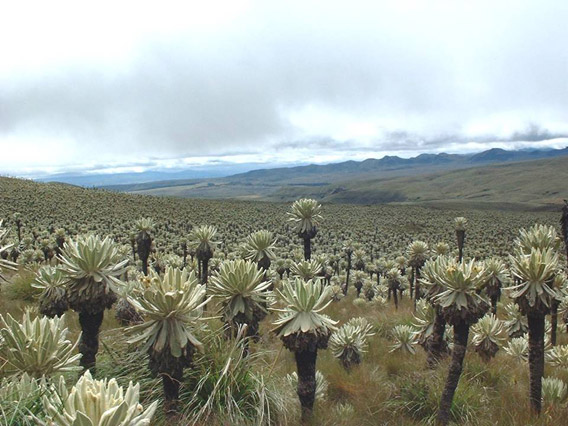 Grupo de Trabajo en Páramos del Ecuador (GTP) is a remarkable self-organized group of páramo experts that have met over the past 13 years in
Quito, Ecuador. Páramo is an alpine tundra ecosystem which is located in the northern Andes of South America and adjacent southern Central
America.

Recently, the Grupo de Trabajo en Páramos del Ecuador published an excellent summary of their analysis from the past 13 years. Robert Hofstede,
one of the editors of Páramo: Paisaje estudiado, habitado, manejado e institucionalizado, recently sat down with Mongabay.com and discussed the situation of páramo conservation in Ecuador.

Mongabay: What is the current status of páramo conservation in Ecuador?

Robert Hofstede:
Actually, this is quite a good news story. When the Grupo de Trabajo de Paramo started, one of the major challenges was to draw attention to the
ecosystem; tropical forests were much more “sexy” and cold and wet high country grasslands were literally covered in mist. In 15 years time, the
ecosystem is valued, receives a lot of attention and is high on the political agenda. This does not mean at all that it is now in an optimal
conservation situation, but a lot has been achieved: large and successful projects contributed to new protected areas, community managed areas and
effective incentives to conserve páramo. 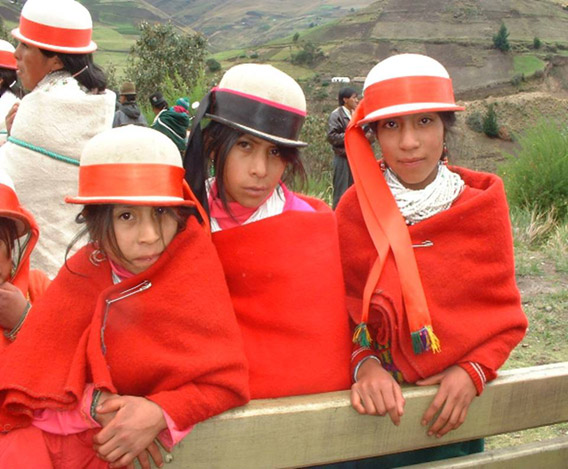 Mongabay: What are the most interesting ecological aspects of the páramos in Ecuador?

Robert Hofstede:
The uniqueness of the ecosystem is the most interesting ecological aspect of the páramos in Ecuador. An estimated 60% of all flora is endemic to
the biome (not to be found anywhere else in the world). Tall tussock grasslands in between which grow spectacular plant formations like giant
bromeliads and the characteristic stem rosettes (Espeletia), scattered stunted forests with the highest elevation growing tree genus in the
world (Polylepis), create a special landscape.

The second most interesting aspect is its ecological significance to society. 90% of Ecuadorians depend on water originating from Páramo, and the
ecological characteristics of the ecosystem make it a perfect water regulator; frequently called “the water tower of the Andes”.

Robert Hofstede:
It was an initiative of several passionate persons from different institutions. Back then, in the mid-nineties, there was only little work done on
páramo natural history and even less on páramo conservation. A few of us that worked on the issue, but didn’t have any money to develop big
projects, decided that at least, we can start exchanging information and organize a regular discussion meeting around certain issues related to
páramo; hopefully that dynamic will attract more people and create a kind of social platform for páramo. I remembered we had a more or less
formal constitution meeting, with 8 colleagues. They were from NGO, academy and also one person from the Ministry of Environment. Together we wrote a
support request to the Netherlands Committee for IUCN, who granted us with US$ 10k roughly which lasted for 2 years, 8 meetings and the initial
establishment of the “páramo” publication series.

It is striking that five of the original group of eight collaborated as editors to this book; yes, we still are friends and passionate as ever. 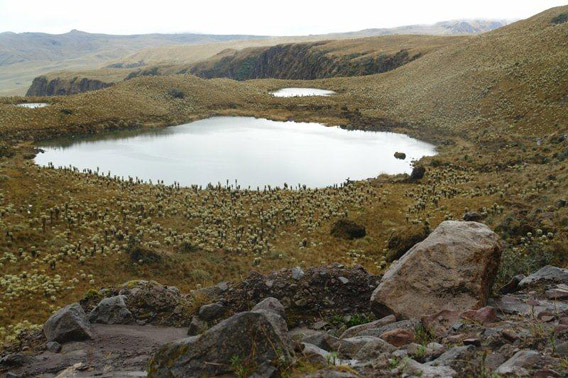 Mongabay: How has GTP impacted páramo conservation in Ecuador?

Robert Hofstede:
It contributed by providing a platform for exchange of information, analysis and debate. It never had the aim to provide consensus or take political
statements – that is the task of other organizations. The power of GTP is its continuity and therefore it provides a support and follow-up function to
all páramo initiatives in the country. It has put issues on the public and political agenda and triggered the debate that finally led to positive
conservation decisions. Maybe a clear example is the fact that GTP has discussed in several occasions the possible impact of exotic tree plantations,
providing scientific information and debating between promoters and opponents of this activity. This has lead to a very informed debate nowadays and
much more restricted and better planned reforestation activities in high country. 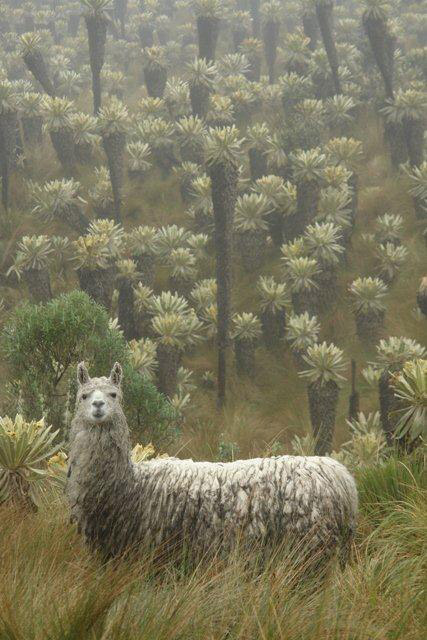 Mongabay: How has GTP impacted páramo conservation payment-for-ecosystem services design in Ecuador and throughout Latin America?

Robert Hofstede:
GTP has dedicated several meetings to the issue of Ecosystem services and PES schemes. I think it has analyzed both the advantages as well as the
challenges. Being such an important ecosystem for water regulation, it has been one of the first targeted ecosystems for PES schemes. On the other
hand, having such a high human presence, cultural diversity, and social inequity, there also has been a good dose of skepticism and even direct
resistance to payment schemes, by many people considered as a “capitalization” of nature. GTP has tried to put all elements of the debate on the table
and allow for open discussions on the benefits and the treats. I think that, thanks to this, GTP has better informed the discussions, for instance by
unlinking the concept of Ecosystem Services Management from the tool Payment for Ecosystem Services. It also has contributed to create understanding by
PES promoters for the concerns of the social groups that oppose to PES and on the other hand, has informed the latter groups that PES is a complex
matter and not necessarily implies privatization or lack of access and control. Finally, it has contributed with technical knowledge, for instance on
the relation of ecosystem management with water regulation, that are important for designing PES schemes. I cannot tell if this directly contributed to
better design of PES schemes, but I surely can tell that the current PES initiatives much better than before include technical and social
considerations 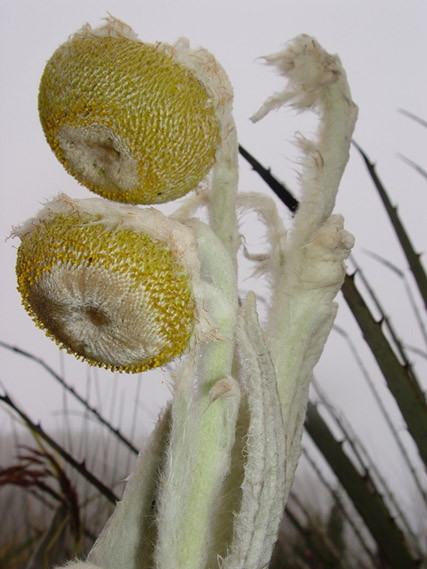 Mongabay: What scenarios do you envision for páramo conservation in Ecuador and Latin America over the next 13 years?

Robert Hofstede:
Although a lot has been achieved in terms of páramo conservation, legal protection, knowledge generation and examples of good practice, there is
still a lot of work to be done, because the classical threats (overgrazing, encroachment of potato cropping, exotic tree plantations) are still present
and new threats (open pit mining, climate change) have increased. The positive experience in Ecuador, not only through GTP but the general model of
participatory conservation management of páramo, has been successfully adapted to other páramo countries (Venezuela, Colombia, and Perú)
and experiences from those countries have been applied in Ecuador. A regional collaboration program on páramo conservation (GEF-UNEP funded) did
great work to make this happen but is about to finish its activities. The created network at regional level should maintain functioning in order to
continue to share experiences and jointly face the new challenges. 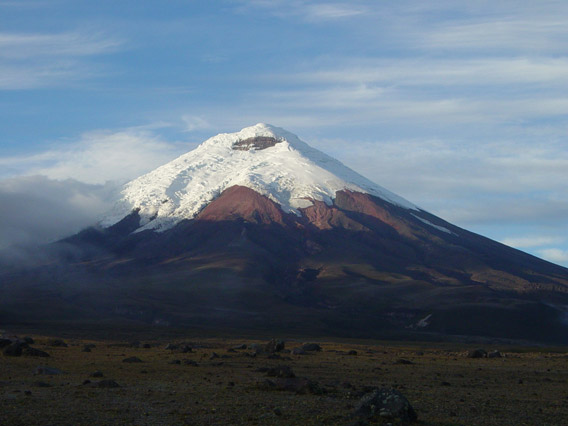 Mongabay: How can other scientists like yourselves develop working groups similar in scope and impact to the Grupo de Trabajo en Páramos del
Ecuador (GTP) focusing on other ecosystems?

Robert Hofstede:
First of all, try not to stick among scientists. Pure scientific groups tend to have a short live span. Multi-stakeholder platforms are much more
interesting and dynamic and are easier to focus on “the real issue” One of the key factors of success of GTP was that nobody ever claimed ownership –
even Ecociencia, the NGO that always supported the operations and managed the (small amounts of) funding, never dominated the discussions or agenda
setting. Openness, transparency, different stakeholders and respect for everybody’s opinion is another group of factors for success that is critical.
Maybe the fact that GTP always limited to the debate and never tried to reach full consensus or strategic statements was key to this. Finally, the real
willingness to collaborate with other people and seeing the added value of this, is maybe the most important prerequisite for an effective working
group 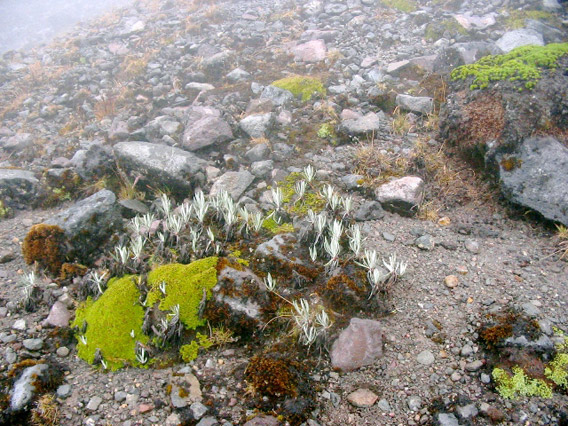 Mongabay: What do you think are the greatest successes for Grupo de Trabajo en Páramos del Ecuador (GTP), and how would you like other scientists
to mimic GTP’s successes?

Robert Hofstede:
Concrete success stories of GTP include the impact of specific debate topics, leading to positive changes in policy and practice. We mentioned already
the issue of reforestation, but another theme has been the quantification of hydrological information, resulting in constructive criticism on drinking
water infrastructure planning, and recently, the debate on the uncertainty of Climate Change scenarios for páramo, resulting in a high attention
for adaptation strategies. Other successes are the projects that were generated based on discussions within GTP and/or by people that generated their
joint idea during GTP meetings. A third success has been the replication of the GTP model both within the country (there are working groups at
provincial level in Chimborazo and in the Southern Andes) and other countries (Colombia, Perú). Each has its own dynamics and themes, but the
spirit is the same. 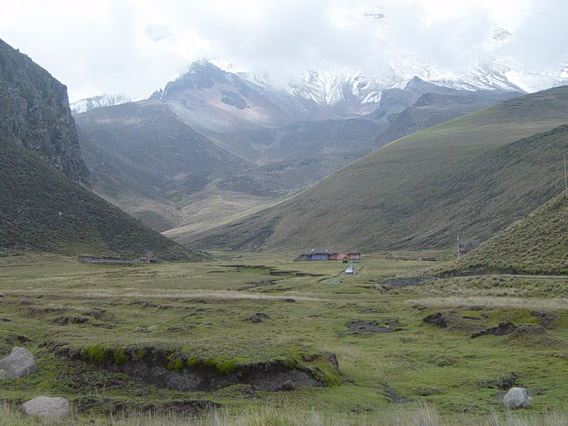 Robert Hofstede has worked with IUCN and many other conservation organizations in the public and private sector for over 20+ years. He can be reached
at hofstederobert (AT) gmail.com.