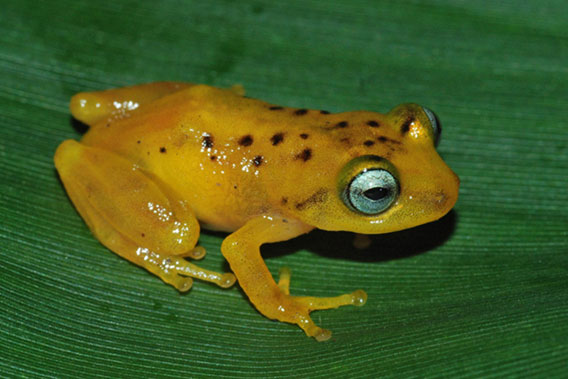 Ten new species of frog have been discovered in India’s Western Ghats according to two new papers in Biosystematica. Although human populations have farmed in the Western Ghats for centuries, the new discoveries prove that the rainforest still holds many surprises. The Western Ghats lie along India’s west coast and have been dubbed one of the world’s biodiversity hotspots, but the rich wildlife is imperiled by rising human impacts.

Nine of the new species belong to the genus Raorchestes, a genus only found in the Western Ghats, which now includes 39 total species. The tenth species belongs to the Polypedates genus, which was discovered near tea plantations.

One of the new Raorchestes frogs—Raorchestes manohari—was described in the paper in particularly effusive terms: “[This is] one of the most beautiful species
with no resemblance to any of the described species
of Raorchestes genus.

The ten new frogs were found during 20 self-funded expeditions over the past few years.

“None of the expeditions are funded [by outside groups], all the expeditions were undertaking just by interest by the team members,” K.P. Dinesh, one of the researchers, told mongabay.com. IN his six years as a researcher, Dinesh has discovered six new amphibians.

According to Dinesh there are now 167 species of amphibian known from the Western Ghats alone. Astoundingly, 86 percent (145 species) are found only in the Ghats.

Worldwide, amphibians are undergoing an extinction crisis currently unparalleled in the animal world. The IUCN Red List estimates that 41 percent of the world’s amphibians are threatened with extinction. Frogs, salamanders, and worm-like caecilians have been battered worldwide by habitat loss, pollution, agricultural chemicals, overexploitation, and climate change, however the biggest impact on amphibians appears to be a fungal disease called chytridiomycosis. This amphibian-plague has wiped out whole species even in otherwise pristine areas. Experts say that in the past 3 decades it is likely at least 120 amphibians have gone extinct. In a few cases captive populations in zoos have become a species’ last stand.

The new frogs—like much of the biodiversity in the Western Ghats—are imperiled by habitat loss, says Dinesh. Growing human populations, rising consumption, and intensive agriculture taking the place of traditional farming in parts of the Western Ghats, has put many species in danger. 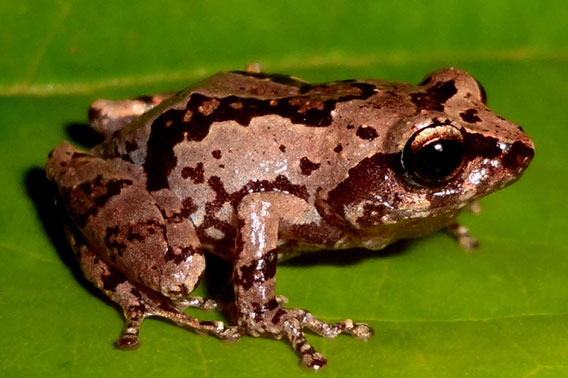 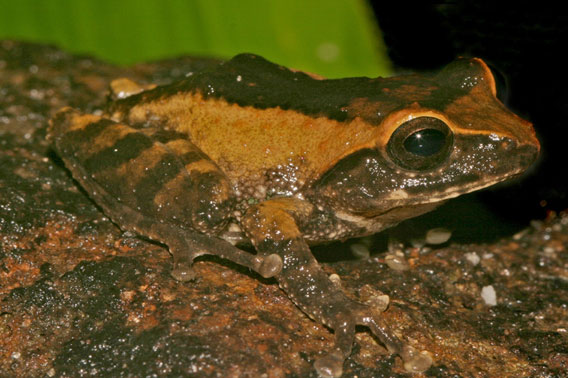 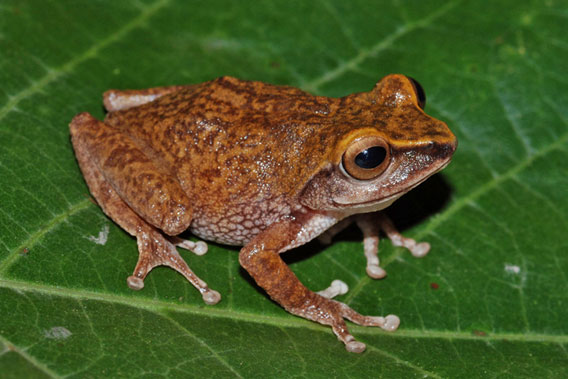 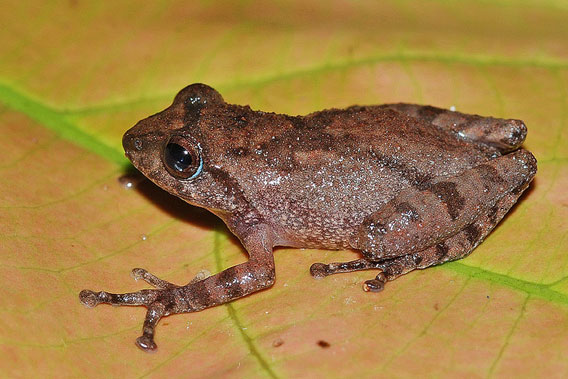 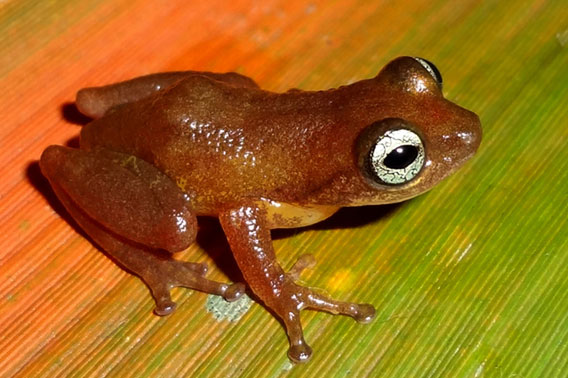 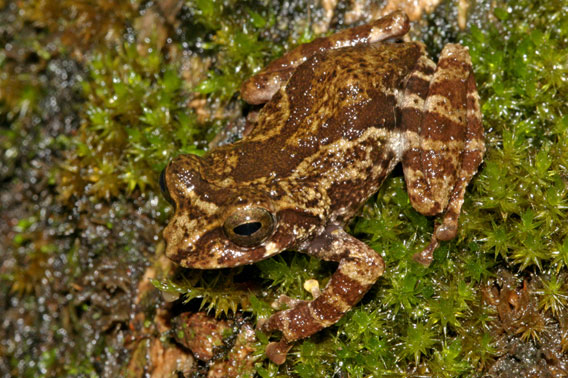 Raorchestes crustai is notable as a canopy frog that makes its home on tree bark. Photo courtesy of D.P. Kinesh. 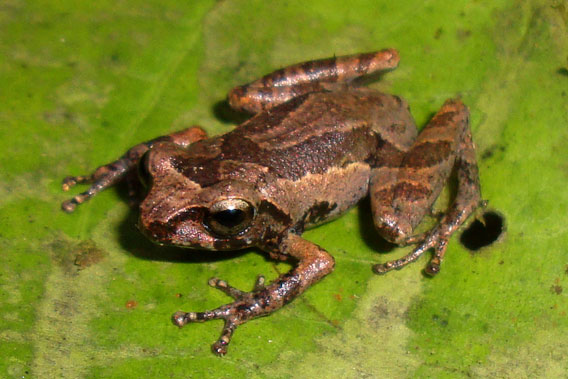 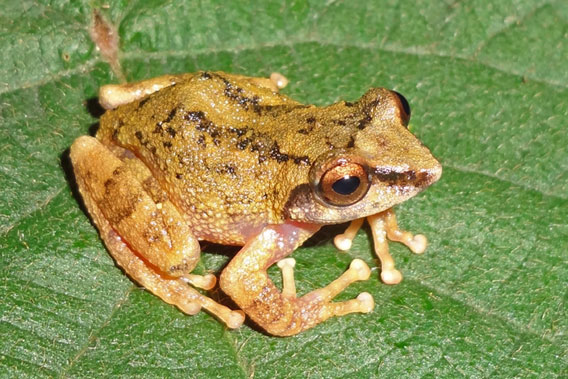 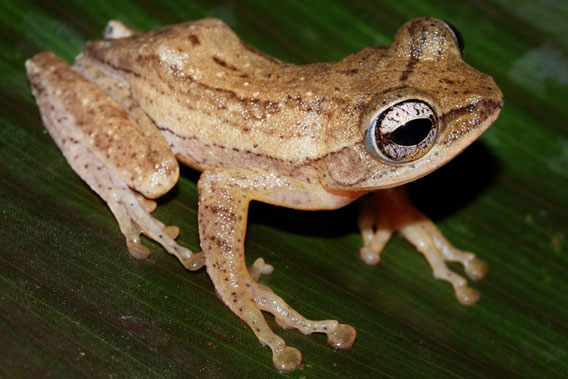