The Horton Plains slender loris (Loris tardigradus nycticeboides , thought extinct by researchers for over six decades, has finally posed for a photograph. This small nocturnal primate lives in the surviving montane tropical forest of Sri Lanka. The species was photographed during a recent expedition by the Zoological Society of London (ZSL)’s EDGE program in conjunction with Sri Lankan researchers.

“The discovery improves our knowledge of this species, but we need to focus our efforts on the conservation and restoration of the remaining montane forest where this species still exists. Currently this accounts for less than one percent of the land area of Sri Lanka,” says Conservation Biologist Dr. Craig Turner from ZSL. 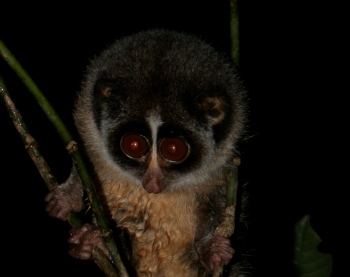 A subspecies of the red slender loris (Loris tardigradus , the Horton plains slender loris is classified by the IUCN Red List as Endangered. The species is threatened by habitat loss, as well as hunting. Researchers recommend that fragmented forests need to be reconnected in order for Sri Lanka’s lorises to avoid extinction. EDGE, which is currently focusing on the species, has placed the red slender loris number 22 in terms of endangerment and evolutionary distinctness for the world’s mammals.

Given its elusive nature—the subspecies has been seen only four times since 1937—researchers spent over 200 hours searching for it.

Researchers believe the Horton Plains slender loris has evolved shorter and tougher limbs for surviving in the montane forest climate.

“We are now conducting further studies to establish whether the Horton Plains slender loris could even be a species in its own right,” Gamage says.

Lorises are considered prosimian primates, making them more closely related to lemurs than monkeys or apes. Slender lorises are found in Sir Lanka and southern India, while the larger slow lorises are found across Southeast Asia. 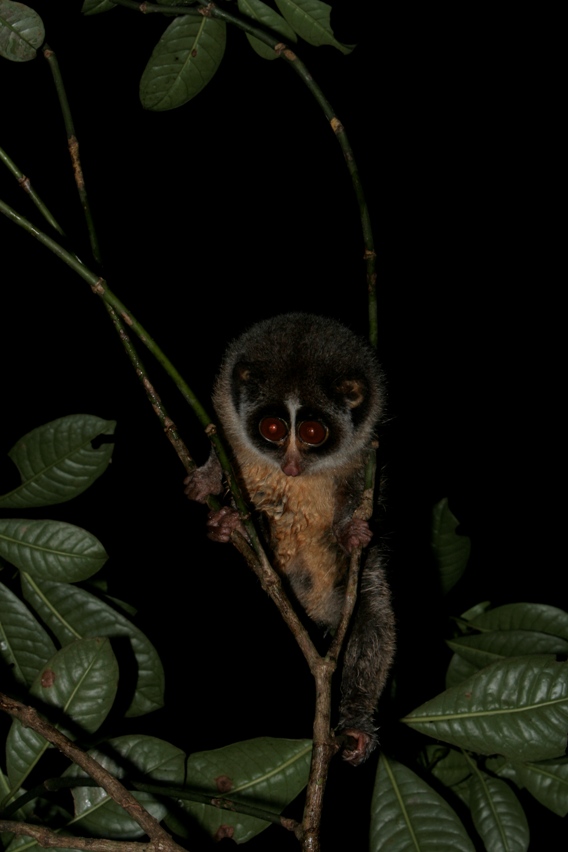 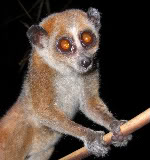 (02/24/2009) Many “cute” and “cuddly” species have gained attention and funds from conservation groups, since the public gravitates toward such attractive species. In fact, cuteness can sometimes mean the difference between conservation attention and extinction. However, for slow lorises being cute may be their downfall. Despite the fact that owning a slow loris as a pet or trading it is illegal in all range countries and “all countries where primates as pets are illegal,” the species is still heavily trafficked, says Dr. Anna Nekaris, an anthropologist who specializes in slow-loris research at Oxford Brookes University. During the past few years videos of pet slow lorises have begun to appear on YouTube. Such videos often include comments from users who push misinformation about the slow loris’s legality and aptitude as pets, raising concerns among conservationists that the videos encourage people to actively pursue the slow loris as a pet.