Two-thirds of carnivores die when reintroduced into the wild 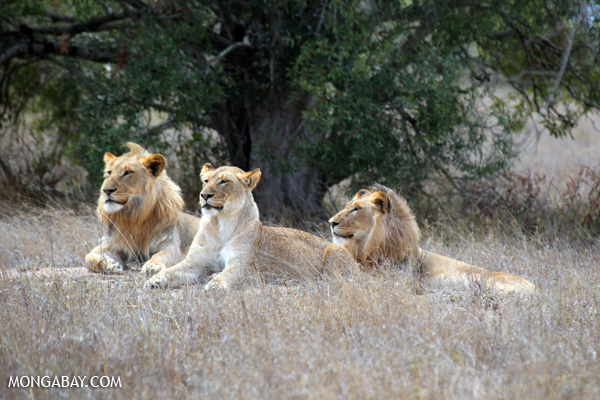 Carnivores reintroduced to the wild as part of conservation programs fare poorly, reports a new study published online in the journal Biological Conservation.

The study, which reviewed 45 case studies involving 17 carnivore species, found that only 30 percent of captive animals released survived. Over half the deaths were caused by humans, mostly from shootings and car accidents. Reintroduced animals also faced higher risk of disease and starvation than their wild counterparts.

“Animals in captivity do not usually have the natural behaviors needed for success in the wild. Their lack of hunting skills and their lack of fear towards humans, for example, are major disadvantages.,” said Kristen Jule, lead author on the paper and University of Exeter PhD student. “We have suspected for some time that captive born animals fared less well than wild animals, but here it is finally quantified, and the extent of the problem is critical.”

The results have important implications for conservation programs involving reintroduction.

“The research team highlights the need for these projects to be reassessed so that animals are better prepared for living in their natural environment. This could include reducing contact with humans, creating opportunities for hunting and encouraging the formation of natural social groups, while the animals are still in captivity,” explained a statement from the University of Exeter. “The research also raised the need for long-term monitoring of released animals, so that success could be measured over several years. In addition, the paper points to the need for engagement with local communities before any reintroduction, especially as most carnivore extinctions were originally caused through conflict between animals and humans.”

“Despite the problems raised in our research, I believe reintroduction projects are vital to conservation efforts,” added Jule. “In some cases, the animals being released no longer exist in the wild because of human development or conflict. If we are to try and redress the balance, it’s important for us to help provide captive born animals with the opportunity to gain the skills that they will need to survive in the wild. The next step is for scientists, conservationists and animal welfare groups to develop guidelines to help captive animals prepare for a new life in the wild.”