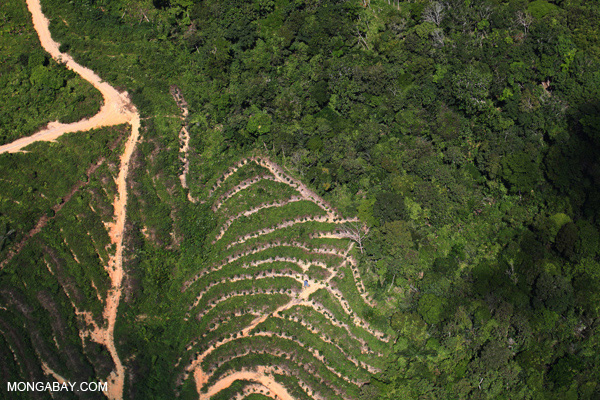 The costs of environmental degradation caused by rich countries are disproportionately falling on the world’s poorest countries, reports an analysis published in the journal Proceedings of the National Academy of Sciences.

“To our knowledge, our study is the first to really examine where nations’ ecological footprints are falling, and it is an interesting contrast to the wealth of nations. We find that the footprint of rich nations treads heavily on poor countries. For climate change and ozone depletion, damages for low-income countries have been overwhelmingly driven by emissions by middle- and high-income groups. We also see a stark pattern for overfishing — seafood derived from depleted fish stocks in low-income country waters ultimately ends up on the plates of consumers in middle-income and rich countries. A similar situation exists for the conversion of mangroves to shrimp farms, with high-income countries consuming the shrimp and low- and middle-income countries losing valuable storm protection.”

Noting that the ‘ecological debt’ of low-income countries often amounts to a greater financial burden than their foreign debt, the authors argue that ecological costs should be given more consideration when evaluating economic growth.

“In a world increasingly connected ecologically and economically, our analysis is thus an early step toward reframing issues of environmental responsibility, development, and globalization in accordance with ecological costs,” the authors write. “With pressure on ecosystem services expected to intensify in the next half-century, the framework and results described here may contribute to an emerging discussion of the distribution of ecological drivers and impacts, and the relationship of these issues with the responsibilities and debts between nations.”

Srinivasan, U.T. et al. (2008). The debt of nations and the distribution of ecological impacts from human activities. Proceedings of the National Academy of Sciences (PNAS) Online Early Edition for the week of January 21-25, 2008