Deforestation does not cause flooding says new study


Deforestation does not cause flooding says new study

Deforestation does not cause flooding says new study 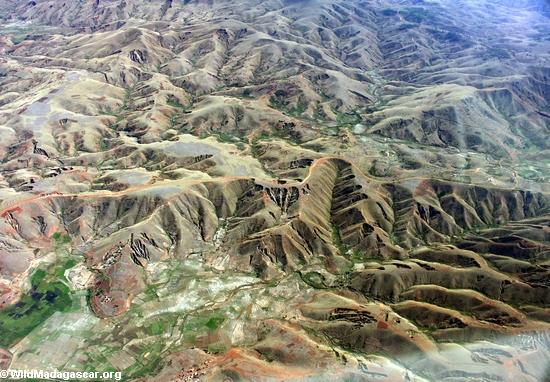 EDITOR’S NOTE: Deforestation and logging do not increase the risk of major floods according to a new report from the UN’s Food and Agriculture Organization (FAO) and the Center for International Forestry Research (CIFOR). The study, citing evidence showing that the frequency and extent of major floods has not changed over the last century despite significant reductions in forest cover, challenges the conventional belief that forest loss causes floods.

Instead, FAO and CIFOR say that deforestation does have a role in small floods and topsoil erosion by eliminating the buffering and soil anchoring effects of forests. Further, the report accuses Asian governments of using deforestation as an excuse to deflect criticism over their poor handling of human settlement in areas unsuitable for habitation.

THAT DEFORESTATION IS TO BLAME

Calls on Officials and Policymakers around the World to Reject Myth

That Deforestation and Logging Cause Major Flooding

BOGOR, INDONESIA and BANGKOK, THAILAND (13 October 2005)—The massive flooding this week in Central America has prompted the press and well-intentioned advocacy groups to blame the flooding following heavy rain from Hurricane Stan on excessive runoff caused by “extensive deforestation.” But in a report that seeks to separate fact from fiction when it comes to forests and floods, the Food and Agriculture Organization of the United Nations (FAO) and the Center for International Forestry Research (CIFOR) say there is no scientific evidence linking large-scale flooding to deforestation. The same holds true, according to the report, for recent flooding in China, Thailand and Vietnam.

The report, “Forests and Floods: Drowning in Fiction or Thriving on Facts?” is a timely analysis that should prompt a close examination of the many issues involved in a major flood event —and an abandonment of the myth that deforestation is the root cause. The report—a collaborative project that also involved the International Water Management Institute, the World Agroforestry Center and the International Center for Integrated Mountain Development—comes as major floods around the world are taking place, particularly in the Asian lowlands, Eastern and Central Europe and Central America.

“Government decision makers, international aid groups, and the media are often quick to blame flooding on deforestation caused by small farmers and loggers,” said Patrick Durst, Senior Forestry Officer for FAO’s Regional Office for Asia and the Pacific. “The conclusion is not only wrong, scientifically, but such misguided views have in the past prompted governments to make life harder for poor farmers by driving them off their lands and away from the forests, while doing nothing to prevent future flooding.”

The FAO/CIFOR report acknowledges that forests can play a role in minimizing runoff that causes localized flooding. But it concludes that there is no evidence that a loss of trees significantly contributes to severe widespread flooding. Even at the local level, the report notes, the flood-reducing effects of forests are heavily dependent on soil depth and structure, and saturation levels, not exclusively on the presence of the trees.

“Planting trees and protecting forests can have many environmental benefits, but preventing large scale floods is not one of them,” said David Kaimowitz, Director-General of CIFOR. “If deforestation was causing floods, you would expect a rise in major flood events paralleling the rise in deforestation, but that is not the case. The frequency of major flooding events has remained the same over the last 120 years going back to the days when lush forests were abundant.”

FAO/CIFOR report point outs that the sharp increase in the economic and human losses attributed to flooding is caused not by deforestation but mainly by the simple fact that more people are living and working in flood plains. As a result, many floods that previously would have been only minor events now become major disasters.

“We need to stop blaming people who live and work in and around forests for floods that affect entire river basins, and instead consider the effect of a wide variety of land-use issues, which can in some instances include poor logging techniques,” said Dr. Pal Singh of the World Agroforestry Center. “Policy makers and development agencies have a moral and ethical responsibility to pursue solutions that are rooted in the best available science.”

The tendency to link deforestation with large floods is, according to the report, driven by popular misconceptions and political expediency.

As far back as the 19th century and continuing to the present, the conventional view has been that forests prevent floods by acting as a giant sponge, soaking up water during heavy rainfalls. But the massive floods that are blamed on deforestation almost always occur after prolonged periods of rains, which saturate the soil, including forest soil, so that it can no longer absorb additional water. Rainfall then has nowhere to go but into rivers where it fills them to the point of overflow.

But according to FAO and CIFOR analysts, there can be a political interest in leaving the conventional wisdom about forests and floods unchallenged. For example, it allows governments to simply respond with logging bans and give the appearance to the public they are taking decisive steps to stop flooding. The practical effect of such policies is to force poor farmers—who are routinely portrayed as major perpetrators of “illegal logging”— to abandon their lands. For example, catastrophic floods in China, Thailand and the Philippines prompted logging bans that put millions of people out of work. In Romania, more than 1,000 people were recently prosecuted during a government crackdown after the country was devastated by flooding.

International agencies may also have a stake in maintaining the forest-flood myth as it helps in “channeling aid funds to upland reforestation projects.”

The FAO and CIFOR state that it is time for national and international policy makers and development agencies to acknowledge that objective scientific research does not provide easy answers when it comes to understanding flooding. Instead, they point to a complex interplay of natural and man-made conditions that produce major floods and exacerbate their impact. For example, the report notes that large floods always have been a natural—and beneficial—part of the ecosystem. But a range of human activities, such as draining and developing wetlands and damming and altering stream flows, can make them worse.

According to the report, an integrated approach recognises the limitations of working only in the uplands to minimise floods or only in the lowlands to reduce their damage. Such an approach combines land-use management in the uplands with land-use planning, engineering measures, flood preparedness and emergency management in the lowlands. Crucially, it considers the social and economic needs of communities living in both the mountainous watersheds and the river basins.

The Food and Agriculture Organization of the United Nations (FAO) leads international efforts to defeat hunger. Serving both developed and developing countries, FAO acts as a neutral forum where all nations meet as equals to negotiate agreements and debate policy. FAO is also a source of knowledge and information, helping developing countries and countries in transition modernize and improve agriculture, forestry and fisheries practices and ensure good nutrition for all. www.fao.org

Headquartered in Indonesia, the Center for International Forestry Research (CIFOR) is a leading international forestry research organization established in response to global concerns about the social, environmental, and economic consequences of forest loss and degradation. http://www.cifor.cgiar.org

The World Agroforestry Centre is the international leader in the science and practice of integrating “working trees” on small farms in rural landscapes. Its mission is to advance the science and practice of agroforestry to massively increase the use of working trees on by smallholder rural households to helps ensure food security, income, health, shelter, energy and a regenerated environment. www.worldagroforestry.org

CIFOR and the World Agroforestry Centre are member institutes with the Future Harvest Center (www.futureharvest.org) established by the Consultative Group on International Agricultural Research (CGIAR). CGIAR is a strategic alliance of 58 members and 15 Future Harvest Centers that mobilizes cutting-edge science to promote sustainable development. www.cgiar.org

This is a modified news release from the Food and Agriculture Organization of the United Nations and the Center for International Forestry Research.

Questions answered: Does deforestation cause flooding?