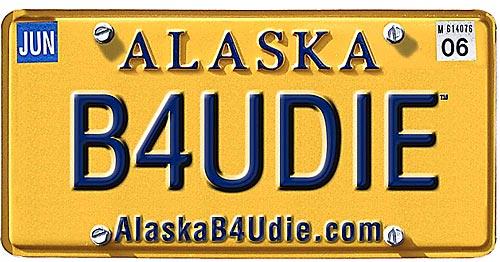 A new advertising campaign launched Monday urges tourists to visit Alaska before they die. The billboards posted in Seattle, Washington; Los Angeles, California; and Minneapolis, Minnesota, show an Alaska license plate that reads “Alaska B4UDIE” — or Alaska, before you die.

The $180,000 campaign is backed by the Alaska Travel Industry Association.

The Alaska campaign comes at a time when interest in Alaska is increasing. This year the Alaska Travel Industry Association estimates 1.8 million visitors, about half of them arriving by cruise ship. Concern over climate change is contributing to the rising number of visitors.

“My husband and I wanted to see Alaska before global warming starts to melt its glaciers and affect its wildlife,” says Jennifer Sanderson who just spent two weeks in the Alaskan wilderness. “Who knows what things will be like 10, 20 years from now.”

A series of studies released over the past year show that show rapid changes are occurring in Alaska. Last week the National Research Council of Canada warned that due to higher temperatures, ancient lakes and wetlands in Alaska are being replaced by forest. These forests are more susceptible to wildfires and parts of Alaska have experienced record numbers of blazes this year.

Similar concerns over climate change have helped cause the numbers of visitors to Antarctica — the opposite pole — to soar as well. The U.N. reports that the number of sightseers visiting Antarctica has surged 308 percent since 1992. For the 2004-2005 year, more than 27,000 people visited the icy continent. 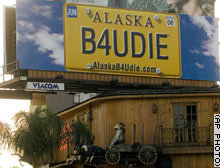