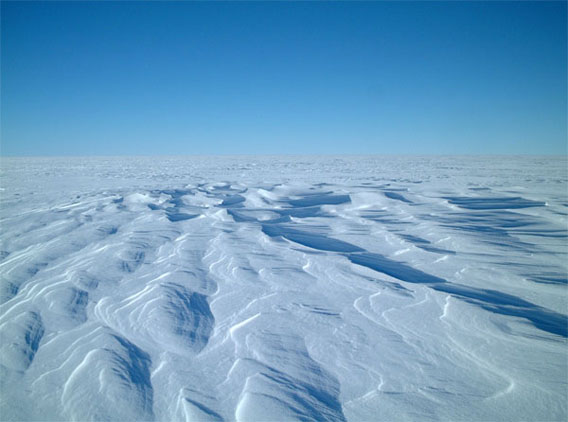 Atmospheric levels of methane, a potent greenhouse gas, climbed steadily during the first millennium due to massive fires set by humans clearing land for agriculture. The research, published in this week’s Science, is detailed below in three press releases from sponsoring institutions.

Pre-industrial humans may have had a much bigger effect on the atmosphere than previously thought.

This surprising finding is one result of research into atmospheric methane published today in the journal Science.

Methane is a potent greenhouse gas, which is believed to contribute to global climate change. The new discovery came as scientists tried to pinpoint the cause of changes in the amount of methane in the atmosphere over recent centuries.

The research team comprised scientists from New Zealand, Australia, and the United States. It was led by Dr Dominic Ferretti, who is based at New Zealand’s National Institute of Water & Atmospheric Research (NIWA) and is also affiliated to the University of Colorado, US.

The scientists used ice cores that were drilled from Law Dome in Australian territory, East Antarctica, and analysed minute quantities of methane that were extracted from tiny air bubbles trapped deep in the ice cores.

The scientists traced the origins of this methane using measurements of the carbon isotopes in the methane and atmospheric models. They showed that the overall amount of methane in the atmosphere was relatively stable until the industrial age, but the source of that methane varied dramatically.

‘Looking at the last 2000 years, we’ve found much higher than expected levels of methane from forest and grassland fires until about 1000 years ago when these emissions began to drop dramatically,’ said the paper’s lead author, Dr Dominic Ferretti, of NIWA. ‘This tallies well with both natural climate change and human land use.’

The analysis suggests that over the period 0-1500 AD, the indigenous population of the Americas regularly burned grassland and woodland areas for agriculture and hunting. But the indigenous population plummeted after European explorers arrived, and accordingly so did the extent of the burning and its methane by-product. The results also indicate that methane emissions from wildfires are likely to be higher during warm and dry periods, such as El Niño events, and may therefore increase with future climate change.

‘This exciting result will help us better understand changes to atmospheric methane and the links with climate,’ Dr Ferretti said.

The institutions involved in this project were: NIWA, University of Colorado, US National Oceanographic and Atmospheric Administration, Australia’s CSIRO Marine and Atmospheric Research, the Australian Antarctic Division and Antarctic Climate and Ecosystem Cooperative Research Centre.

Following an international study into how methane levels in the atmosphere have evolved during the past 2000 years, atmospheric scientists have a new insight on methane, one of the world’s most influential greenhouse gases.

“This is a great result that generated some scientific surprises and will help us to understand what controls methane in the atmosphere and its links with climate,” says Dr David Etheridge, from CSIRO Marine and Atmospheric Research.

In an article appearing in this week’s (9 September) edition of the international scientific journal, Science, scientists from Australia, New Zealand and the US reveal the causes of methane concentrations more than doubling in the atmosphere over the past 250 years.

The increase was due to agricultural sources, leakage during fossil fuel use, and other human sources, as well as the burning of trees and other vegetation. The research also identified wild variations in the carbon isotope ratio of methane over the last 2000 years  a surprising result as it had previously been thought to have been steady before the industrial revolution.

Methane increases have had the second highest impact on climate change over the past 250 years, accounting for about 20 per cent of the warming from all greenhouse gas increases. It does this by slowing the release of radiated heat away from the earth.

The team used their expertise in ice core research, chemical analyses and modelling of atmospheric composition to achieve the result.

They analysed air bubbles trapped in Antarctic ice from the Law Dome ice sheet near Casey Station, together with air samples collected since 1979 from the Cape Grim Baseline Air Pollution Station in Tasmania. The Cape Grim program, to monitor and study global atmospheric composition, is a joint responsibility of the Bureau of Meteorology and CSIRO.

The study team was led by Dr Dominic Ferretti of both the USA’s University of Colorado and New Zealand’s National Institute of Water and Atmospheric Research, and included scientists from CSIRO Marine and Atmospheric Research, the Australian Antarctic Division and Antarctic Climate and Ecosystem Cooperative Research Centre, and the University of Colorado.

Dr Etheridge says the study attempted to answer some important questions, including: why the atmospheric composition of methane has changed; how much of that change was due to human factors and why pre-industrial levels were apparently so stable. Such answers will help to understand how the composition may change in future and what could be done to manage methane emissions. 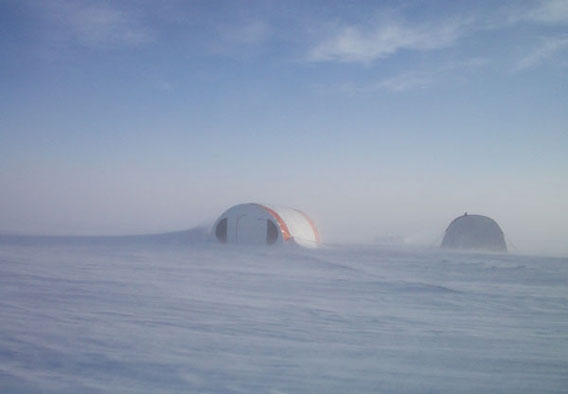 Humans have been tinkering with greenhouse gas levels in Earth’s atmosphere for at least 2,000 years and probably longer, according to a surprising new study of methane trapped in Antarctic ice cores conducted by an international research team.

The study showed wild gyrations of methane from biomass burning from about 1 A.D. to present, said Dominic Ferretti, lead study author and a University of Colorado at Boulder researcher with a joint appointment at the National Institute of Water and Atmospheric Research, or NIWA in Wellington, New Zealand. Scientists had expected to see slowly increasing concentrations of methane, a major greenhouse gas produced primarily by burning and anaerobic activity from agriculture, livestock and natural sources, up until the onset of the Industrial Revolution in the late 1700s, he said.

For the first time, researchers were able to separate “pyrogenic” and anaerobic methane sources using a stable-isotope analysis of the ice cores, said James White of CU-Boulder’s Institute of Arctic and Alpine Research and study co-author. They found methane emissions from burning dropped about 40 percent from 1000 to 1700, likely due in large part to decreased landscape burning by indigenous populations in the Americas devastated by diseases brought to the New World by European explorers.

Undertaken by a team from CU-Boulder, NIWA, Australia’s Commonwealth Scientific and Industrial Research Organization, or CSIRO, Australia’s Department of the Environment and Heritage and the National Oceanic and Atmospheric Administration, the study was published in the Sept. 9 issue of Science.

“The results frankly were a shock,” said White. “We can see human fingerprints all over atmospheric methane emissions for at least the last 2,000 years. Humans have been an integral part of Earth’s carbon cycle for much longer than we thought.”

The researchers recorded a huge drop in methane levels from biomass burning from 1500 to 1600, when anthropologists say indigenous humans in South and Central America — who had been expanding in population and range — declined by 90 percent. Since most forests in Europe and China had been mostly cleared for agricultural or habitable lands by 1 A.D., “the seemingly small indigenous populations of the Americas would have had a disproportionate influence on anthropogenic methane emissions from fires,” the researchers wrote in Science.

The study is important because methane increases have had the second highest impact on climate change over the past 250 years behind carbon dioxide, accounting for about 20 percent of the warming from all greenhouse gas increases, White said. Methane is more powerful than carbon dioxide in slowing the release of radiated heat away from Earth, he said.

About 60 percent of atmospheric methane is generated from human-related activities, according to the International Panel on Climate Change. Methane increases in the past 200 years are due to increased burning of grasslands, forests and wood fuels, more intense livestock activity and rice cultivation and gas leaked from fossil fuel production and waste management. In addition, natural sources of methane include wetlands, termites and wildfires.

Surprisingly, the study showed the amount of methane produced from burning was about the same 1,000 years ago as it is today, said White. “There has been a naïve idea out there that humans were just passive, pastoral passengers on the planet up until just a few hundred years ago,” he said. “We have shown that is not the case.”

The study also suggests that natural climate change has played a role in changing methane levels in the atmosphere, at least on a regional level, White said. During the Medieval Warm Period from about 1000 to 1270, there appears to have been a slight increase in biomass burning in Europe. In cooler periods like the Little Ice Age from roughly 1300 to 1850, biomass burning in the Northern Hemisphere appears to have decreased somewhat while anaerobic activity by bacteria in bogs and swamps probably increased, he said.

Involving the United States, New Zealand and Australia, the international project focused on ice cores from Antarctica’s Law Dome, White said. “We could not have undertaken this study without all three countries,” he said. “These types of projects are not cheap, and each group brought a unique line of expertise.”

White said the team hopes to look at methane levels going back prior to 2,000 years ago. “The larger question is when humans began influencing the climate and nutrient system,” he said. “We are in an unusually long interglacial period right now, and another interesting but unresolved question is whether humans, without forethought, have inadvertently kept Earth out of the next ice age by altering its energy budget.”

The National Science Foundation, NIWA, CSIRO and Australia’s Antarctic Climate and Ecosystems program were the primary funding agencies for the study.