In the world’s largest rainforest, wildlife crawls, hops, flies and prowls through every nook and cranny. Most animals are adept at hiding from humans, though, so finding them can be tough. To do so, many researchers rely on camera traps — motion sensing, often camouflaged cameras placed strategically throughout the forest.

Scientists have been gathering camera trap images across the Amazon for the past few decades, but that data has remained scattered, until now. A group of researchers have compiled more than 154,000 records of camera trap images, recording 317 species: 185 birds, 119 mammals and 13 reptiles.

The new data paper, published in the journal Ecology, draws upon records from 147 scientists representing 122 research institutions and was led by the German Centre for Integrative Biodiversity Research (iDiv) and Friedrich Schiller University Jena.

This is the first study to compile and standardize camera trap images from across the Amazon at this scale, and covers Brazil, Bolivia, Colombia, Ecuador, French Guiana, Peru, Suriname and Venezuela.

“The dataset provides basic information about species presence and abundance in the forest and can be used to answer questions on an Amazon scale,” Ana Carolina Antunes, the lead author of the study told Mongabay in an email.

The thousands of images “will serve as critical data points to show where wildlife occurs and the staggering diversity of species found in the Amazon region,” study co-author Robert Wallace, director of the Wildlife Conservation Society’s (WCS) Greater Madidi-Tambopata Landscape Program, said in a statement.

WCS contributed more than one-third of the images, including those of jaguar cubs playing, a giant anteater wallowing in the mud, short-eared dogs, tapirs, crested eagles, toucans, pumas, and Andean bears. 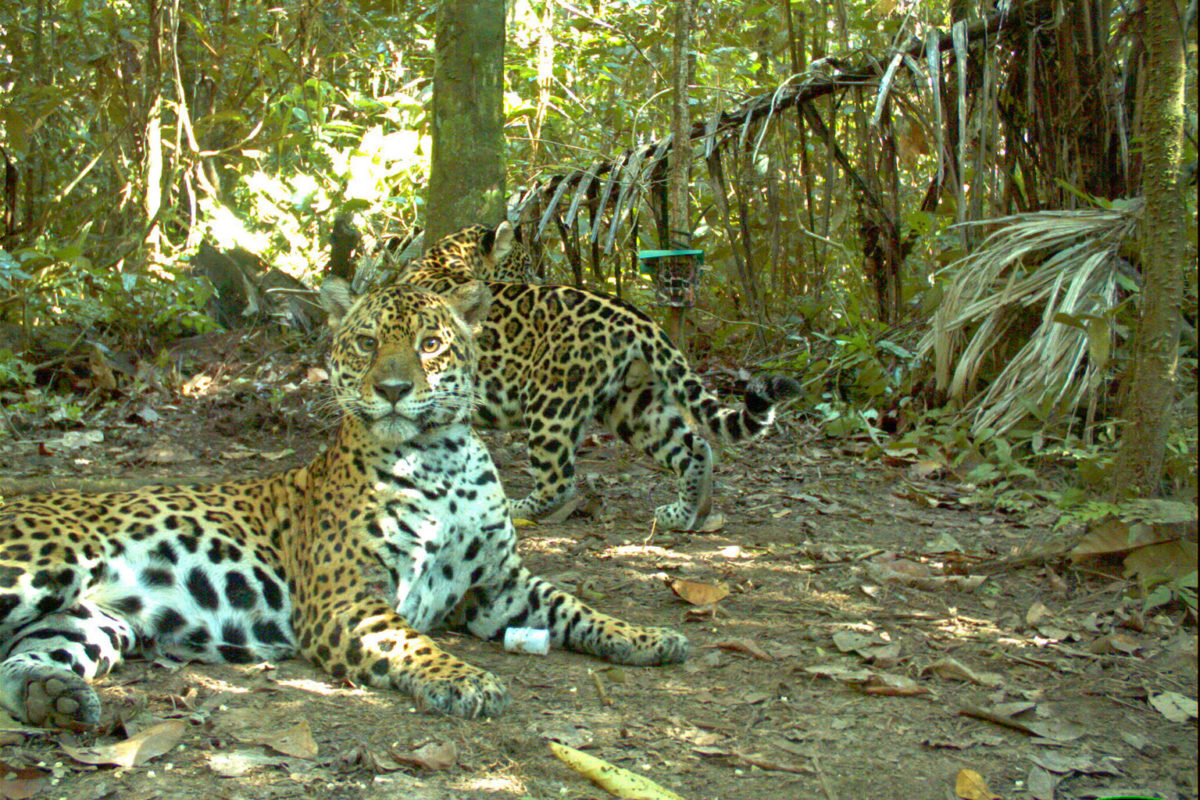 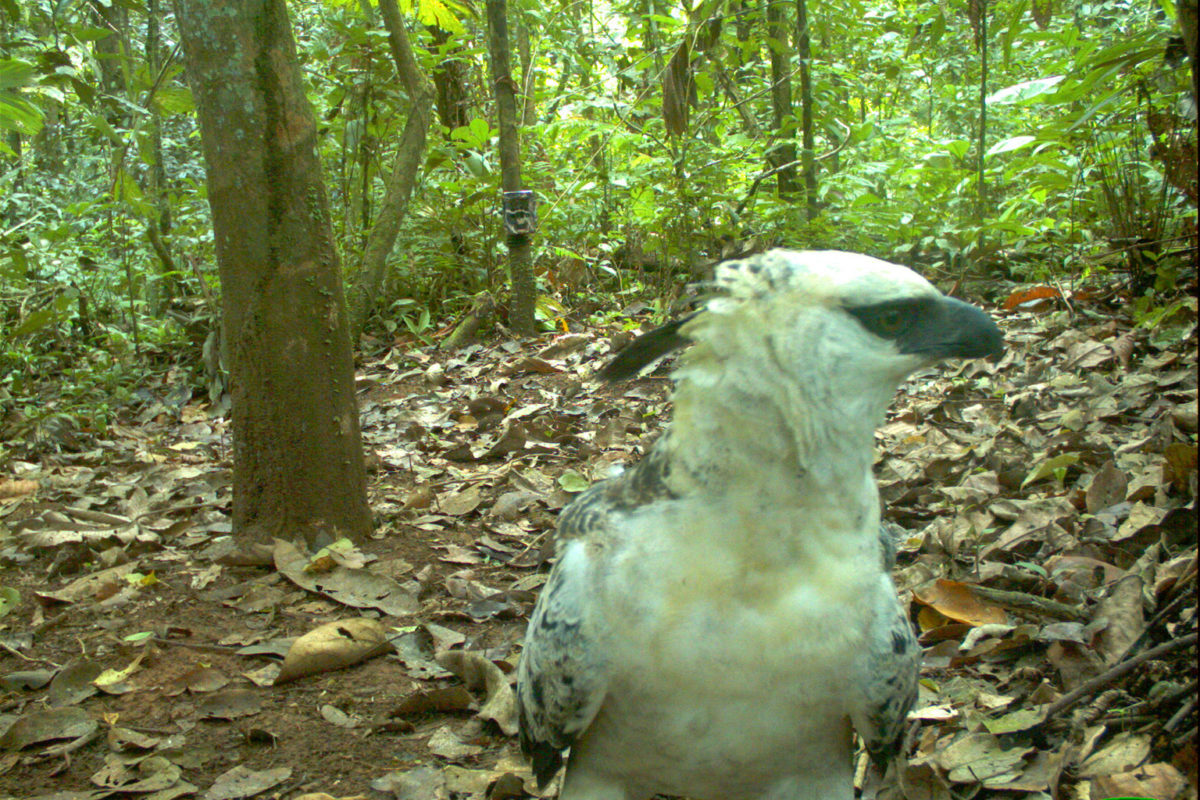 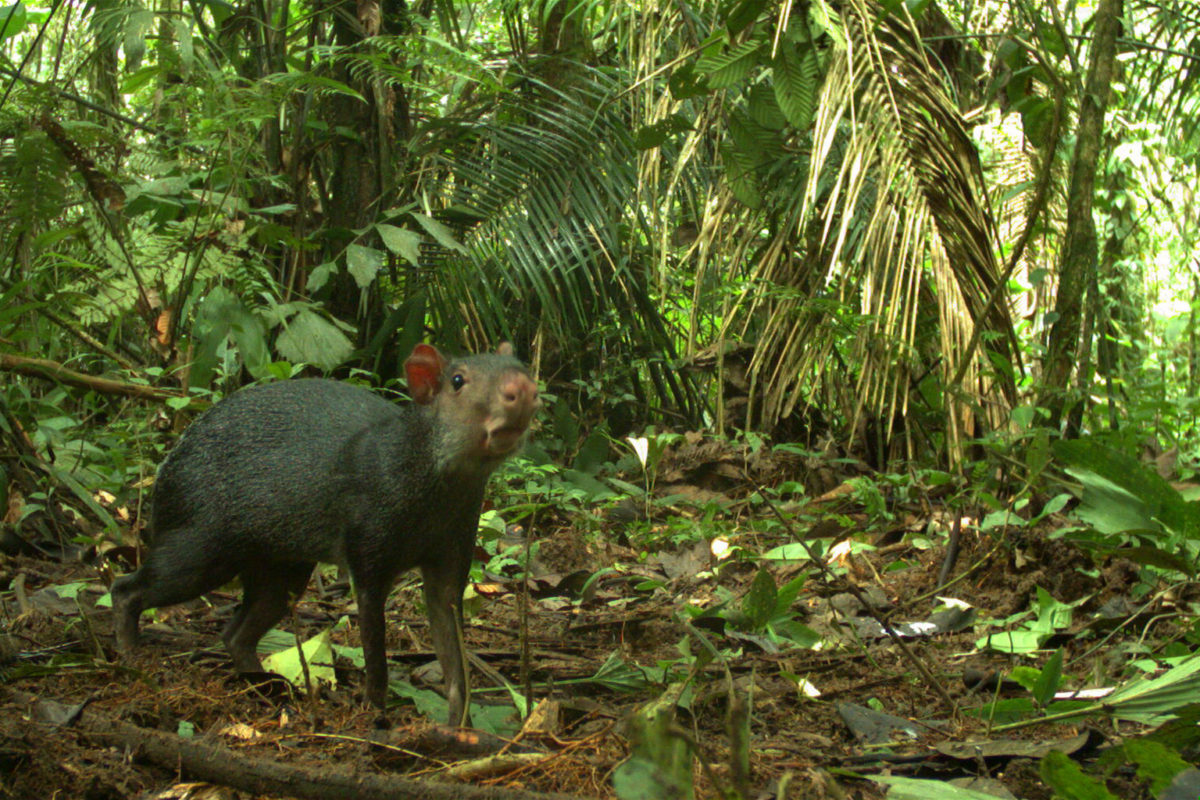 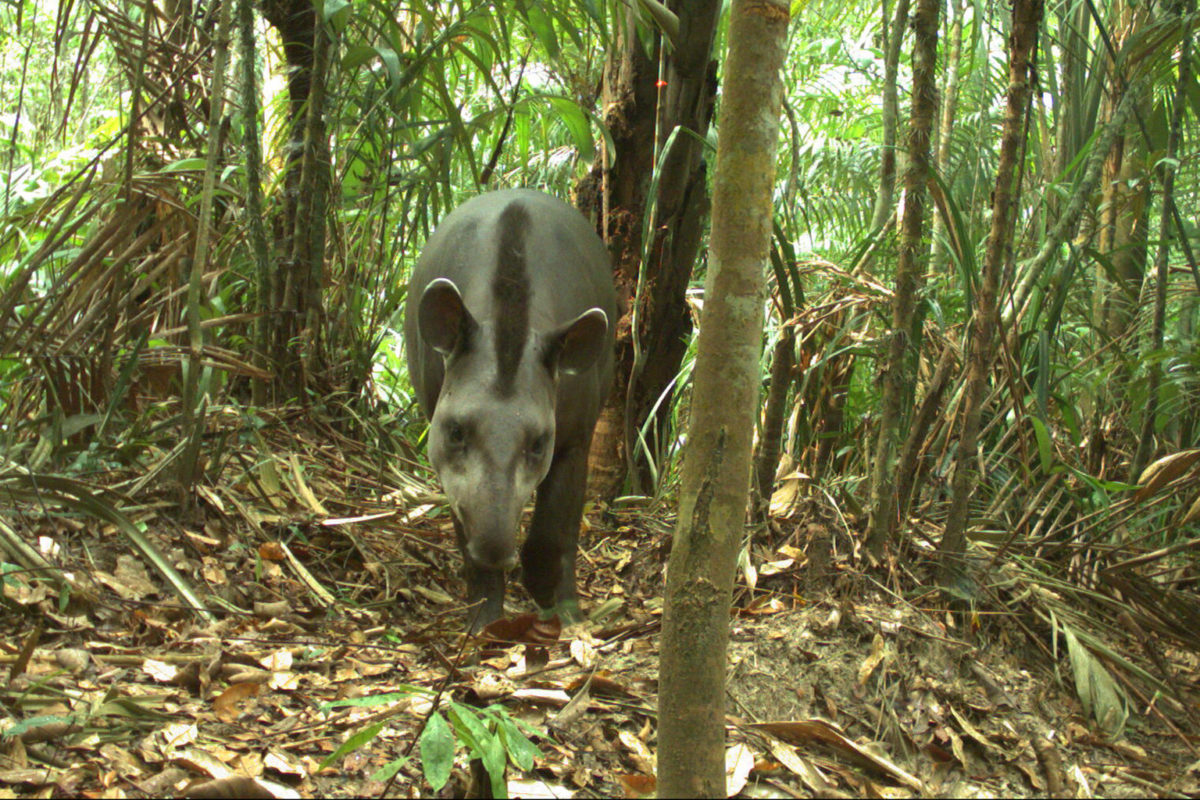 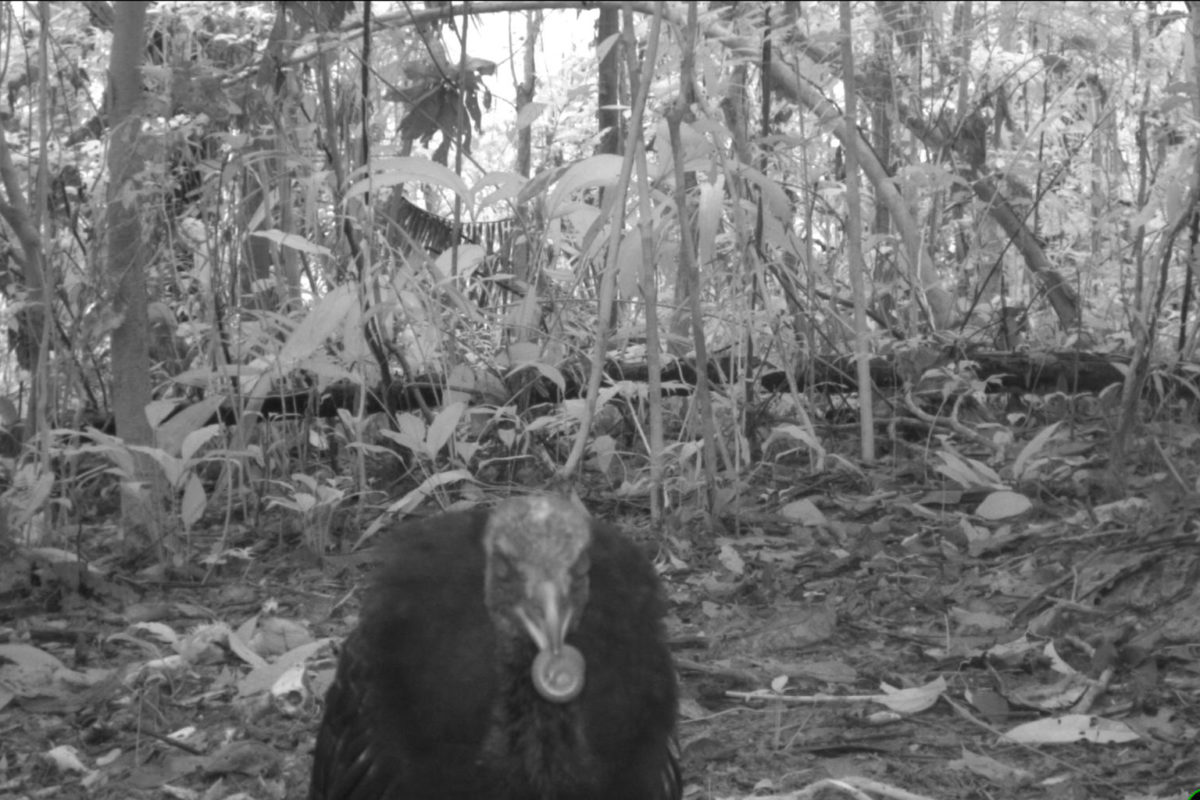 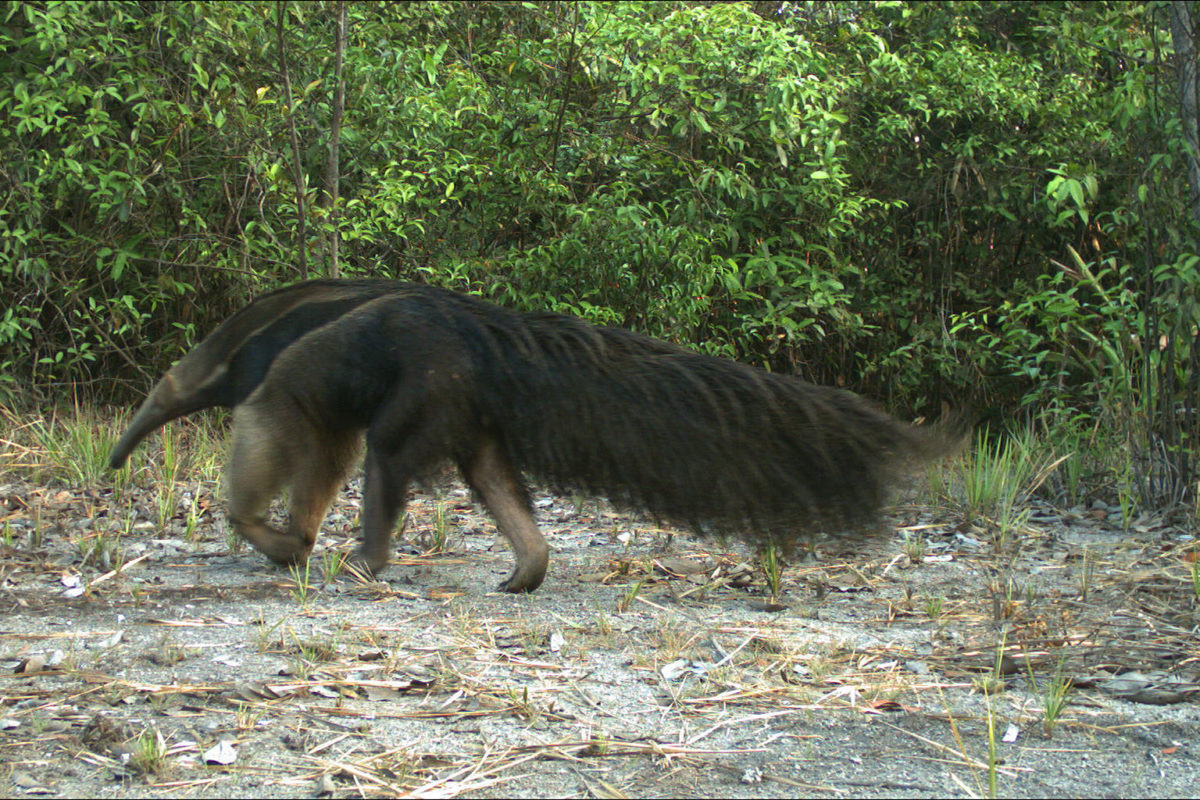 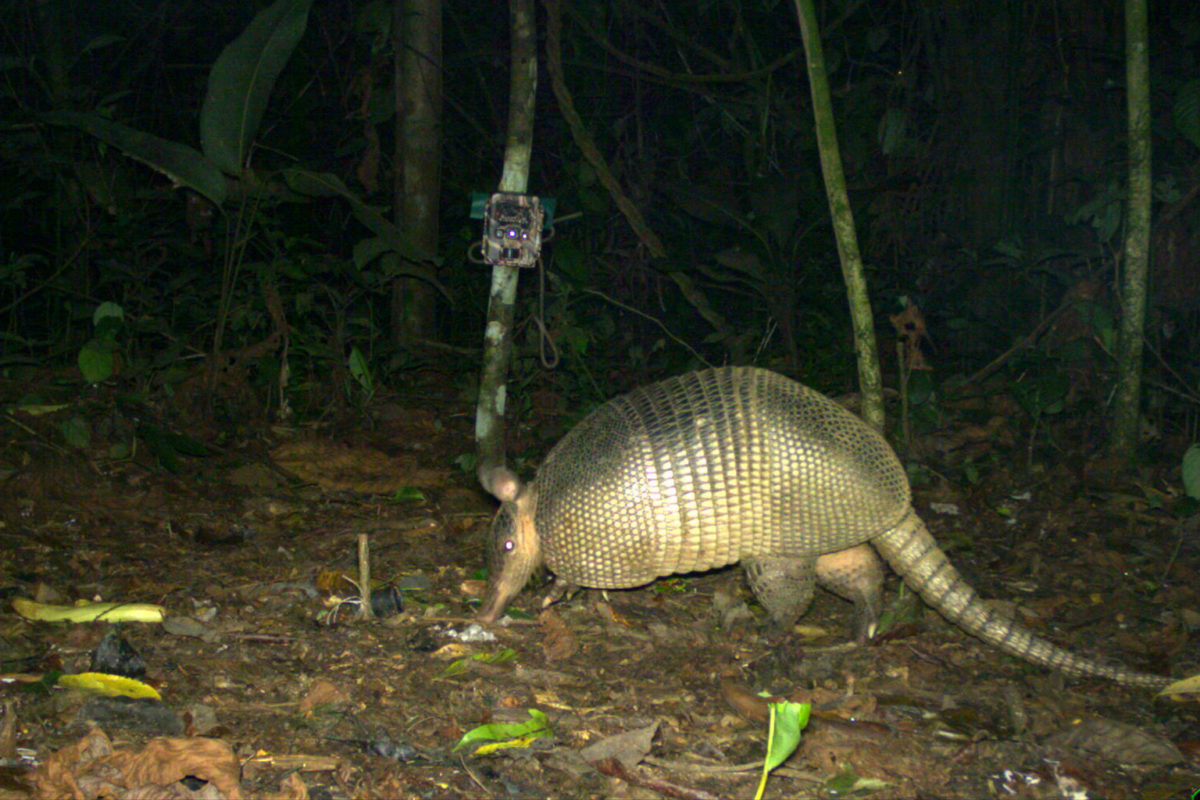 The authors say this camera trap data set opens up opportunities for new studies across broader time scales and areas, allowing scientists to gain more information on forest fragmentation, habitat loss, climate change, and the human-caused loss of animals “in one of the most important and threatened tropical environments in the world.”

“It will be possible to understand the patterns of species distribution in their habitats, interaction between predator and prey species, as well as make future projections about the impact of climate and land-use change for the species,” Antunes said. “There is still so much to learn and, at the same time, an increasing threat to the biodiversity and people living in the forest.”

More than 3.7 million hectares (9.1 million acres) of primary tropical forest was lost globally in 2021, and 40% of that occurred in Brazil, according to Global Forest Watch. The Brazilian Amazon accounts for nearly two-thirds of the Amazon Rainforest and one-third of the tropical rainforest cover globally, making it critical for safeguarding the diversity of life on Earth.