Commentary by Aida Greenbury on 2 August 2021

Something amusing happened these past two months. A few high-profile members of the economic chamber of a local branch of forest certification organization tried to block me from joining the chamber. Allegedly they said that based on my public communications and engagement, I should be classified as an environmentalist instead of someone who supports economic development.

This is almost laughable considering I spent half of my life working for corporations, with one of my roles being a Managing Director at one of the largest forestry, pulp, and paper group of companies.

As soon as I left the corporate world, I admit that I encountered a strange reception from several of the stakeholders I used to closely work with when I was part of the private sector. Most of my fellow private sector players, the NGOs, the media, even some governments started to look puzzled when they looked at me. This was mainly caused by rather more vocal opinions I expressed on public platforms about the importance of sustainability, largely about zero deforestation and forest conservation. Suddenly I became an ‘unknown entity’. 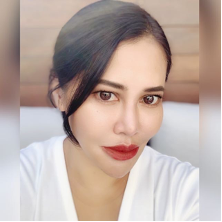 My social media ‘attackers’ shifted from the radical NGOs, who had been my loyal critics for ten years (including Mongabay), to companies, especially plantation and palm oil companies, and government supporters. But I am not writing this article to talk about myself, I will write about that another time.

The phrase of ‘you’re either with us or against us’, made particularly famous by the former U.S. President Bush in 2001, rings a bell here. It became more apparent to me that someone who publicly supports forest conservation and transparency, who criticizes native forest deforestation, monoculture plantation, peatland drainage and dodgy government lobbyists, cannot possibly be a supporter of economic advancement.

To be honest, I had my share of dealings with people working for corporations who believe that corporate life is synonymous with making a lot of money at whatever cost, arse-kissing exercises and exploiting the community for the benefit of the shareholders. These type of people, usually not very open-minded individuals who are insecure with their positions, unfortunately, are retained by many corporations because of their unquestionable loyalty.

As a result, the world seems to be black and white. Or is it?

More than five years ago, I said to several people that companies must change their course, specifically, in this case, regarding the way companies were dealing with communities in large-scale plantations. I said that local communities could not be treated as merely providers of cheap labor, objects of charity and photo-ops, and burdens anymore. When we think about it, how many benefits have been taken away from local communities by corporations, from plantation owners and mills through to consumer goods companies? I am not just talking about the benefits of land rights and ownership, but also their rights over environmental services and livelihoods from forests, rivers, and peatlands, and other values. The only way of moving forward is to make peace with local communities, and to create, maintain, and mainstream corporate-community partnership in responsible businesses. We need to give back, both figuratively and literally. Treat the communities as equal business partners. Returning assets to local communities and ensuring sustainable operations are preferred to maintaining stranded assets which may become future liabilities. These liabilities could vary from endless social conflicts to land degradation from expansion.

How many millions of hectares of forest and land needs to be converted into monoculture plantations? If we think that we can endlessly harvest wood from these hygienic, often blanketed with herbicides, pesticides and fertilizer, monoculture plantations, then we fool ourselves. Forest fires, floods, local increase of temperature and drought, land subsidence and disease outbreaks are evidence of the unsustainable practice to name a few. Again, to keep the balance, we need to give back what we have taken. First, of course, deforestation, native forest clearance, and peatland drainage must end. There are more responsible practices that can be adopted. On peatland as an example, flood tolerant local species need to be planted instead of exotic species.

How much forest do we need to give back to conservation? How much land needs to be converted back close to its previously natural condition? Perhaps we shouldn’t focus on how much, as presented by the half-earth concept or the mass tree planting as the natural-based solution. We can use other guidelines such as the Planetary Boundaries Framework, which was published by the Stockholm Resilience Centre to define our safe operating space. 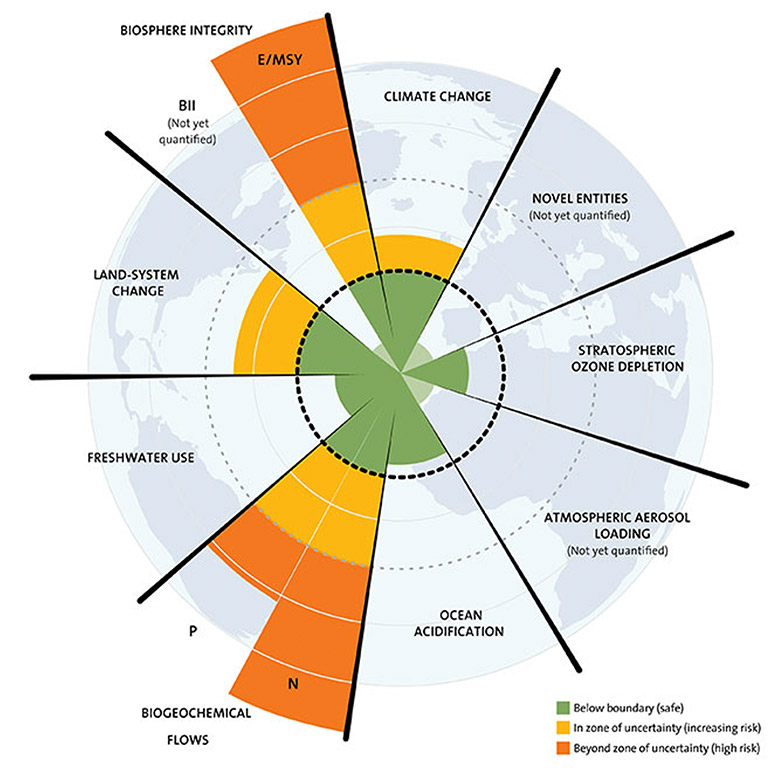 Forest- or plantation-based industry and their value chain players can start to have a closer look at the three planetary boundaries as an example: the biogeochemical flows, land-system change, and the biosphere integrity or the functional integrity of ecosystems. This endeavor can start by looking at the landscape a company is operating on, or sourcing materials from, and focus on restoring critical areas in the landscape that are crucial for ensuring the integrity of the ecosystem and for providing environmental benefits. These restoration areas could include riparian, sloped, or steep areas, peatlands and habitats critical for the survival of key species. What might seem to be ‘greenie’ work, could be the savior that helps ensure a sustainable supply of raw material.

We are all very familiar with numerous environmental pledges and voluntary commitments by governments and corporations but sadly it is not accompanied by transparency on the implementation side of it such as evidence of zero deforestation. Transformation will not work without transparency because it will just be another wasteful PR exercise with our investment and future generations at stake.

These, of course, are not easy to do. It could be expensive too. Responsible corporate players should look at this, through conducting proper long-term cost analyses, not as a greenwash opportunity, but as an investment strategy for sustainable operations. After all, a proper long-term cost analysis should be the foundation of any successful company.

It’s possible for corporations to act responsibly, to advocate for transparency, forest conservation, and the protection of community rights, because it is simply the only way to survive nowadays.

It is neither black and white nor an unknown entity.

Aida Greenbury is the former Managing Director of Sustainability at APP Group, she is now based in Sydney Australia and a board member and advisor in several organizations, including Mongabay.