Mongabay’s most popular posts in February 2021

Last month Mongabay’s readership was up 24% over a year earlier to 13.3 million pageviews. Aggregate time spent on these articles was up 300%.

The following are the most popular articles on news.mongabay.com during February 2021.

Note: the traffic data presented below is only for the month of February and therefore doesn’t include traffic in prior months for stories published earlier than February. 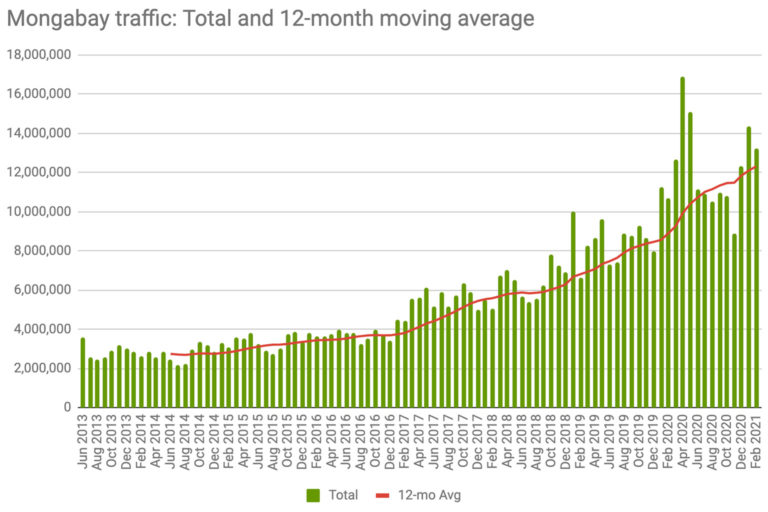 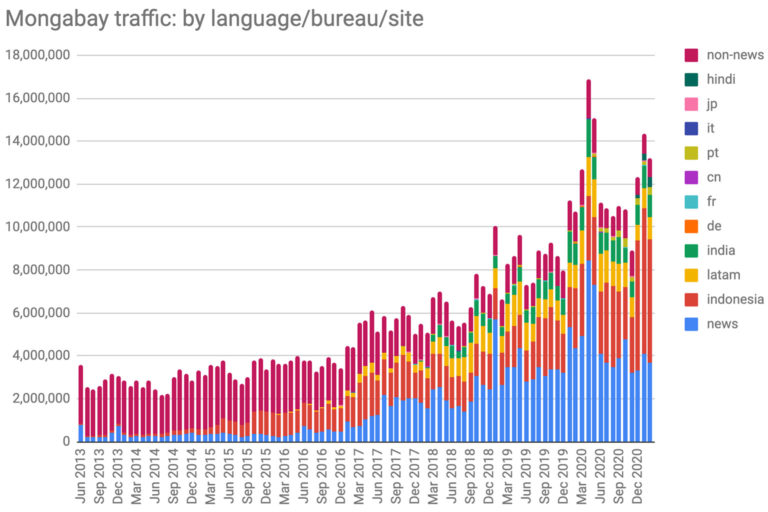 It’s not too late – yet – to save the Philippine pangolin, study finds

Study suggests the Tasmanian tiger survived into the 21st century

Podcast: With just 10 years left to save Sumatran elephants, what can be done now?