by Dilrukshi Handunnetti on 11 November 2019

COLOMBO — The same demand for pangolin scales and flesh that’s driving the animal’s decline across Africa and Southeast Asia is also taking a toll in Sri Lanka, one of the least-studied pangolin ranges.

A new study into Sri Lanka’s population of Indian pangolins (Manis crassicaudata), one of eight species of the scaly anteater and the only one found on the island, identifies hunting for the domestic bushmeat trade as the main factor in its decline. But it also identifies a growing threat from the illegal international trade in pangolin scales.

Lead author Priyan Perera, a senior lecturer with the Department of Forestry and Environmental Science at the University of Sri Jayewardenepura and a member of the IUCN SSP Pangolin Specialist Group, has since 2013 led a research effort to understand the evolving threats to this elusive and most trafficked of all animals.

The last study looking at the distribution of the Indian pangolin in Sri Lanka dates back to 1981, he notes. A 2017 study led by Perera reviewed the existing knowledge, threats and research priorities, and a follow-up study looked at pangolins’ habitat preference in southern Sri Lanka.

This latest study offers many new insights, including on the growing prominence of the international trafficking of pangolin scales.

“The findings of the study revealed that wildlife crimes related to the Indian pangolins are rising,” the authors write. “Hunting for subsistence, live capture to sell as meat, hunting for scales, and traps intended for other agricultural pests are the main threats to M. crassicaudata in Sri Lanka.”

From local consumption to international trafficking

They analyzed 96 “reliable records” of wildlife crimes related to the Indian pangolin from 2000 to 2018, and found that subsistence hunting of the animals accounted for 47 percent of those incidents. This was followed by hunting for the bushmeat trade (nearly 28 percent), incidental capture in traps intended for other animals (11 percent), hunting for scales (6 percent), and trading of live animals for meat (6 percent).

But while local consumption was the main reason for pangolin killings, more seizures of both pangolin meat and live animals have been recorded in recent years, also from Chinese restaurants in Colombo.

“It is gradually moving from being a local delicacy to commercial meat trade,” Perera told Mongabay.

Similar crimes documented by the customs office and the wildlife department found 78 percent were related to the possession of meat or killed animals, while one-third of the total crimes were reported within protected areas.

In 2017, local authorities seized their largest stockpile to date of 130 kilograms (287 pounds) of pangolin scales, in Kalpitiya, northwestern Sri Lanka, believed to have been extracted from 150 killed pangolins. The scales were to be smuggled to India by fishing boat. But what gets seized is just the tip of the iceberg, Perera said.

“Majority of crimes are likely to go undetected,” he said. “There appears to be an established smuggling pathway to South India, using fishing boats. This is also the likely reason why Sri Lanka does not get highlighted as a trading or source country, as these stockpiles technically reach the global market through India.”

Wildlife trade watchdog TRAFFIC has previously identified India as a source of pangolin scales destined for China, where they are considered a prized ingredient in traditional medicine. 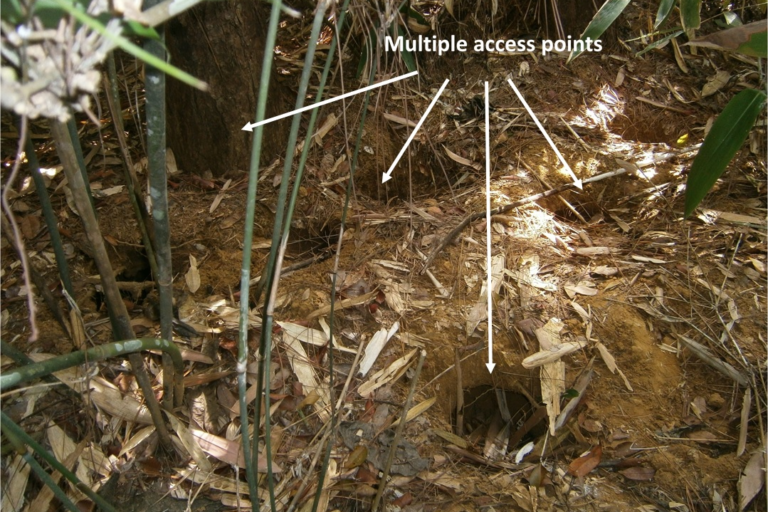 Multiple feeding burrows of these shy ant-eaters at the same site leading to a single termite colony. Image courtesy of Priyan Perera.New habitats

The new study also identifies an emerging trend of increasing pangolin rescues, with most rescue events recorded in rural settings, forested areas, cultivations and even semi-urban settings. Wildlife data showed that two-thirds of rescued pangolins have been carefully released back into their original habitats in healthy condition. And the true figures could be even higher, Perera said. “Just like the crimes, the recue events are also underreported,” he said.

But while this may appear to be good news on the surface, it also points to the rate at which humans are invading pangolin habitats, the study says.

“Most pangolin rescues have been recorded from agricultural lands or rural home gardens where pangolins have been attacked by domestic dogs or entangled in traps intended for other animals,” it says. “The rising number of rescue events from such habitats may further indicate the depletion of preferred foraging habitats of Indian pangolins, and them seeking foraging opportunities in human-modified habitats.”

The researchers also recorded pangolin sightings in areas and elevations they were previously not known to frequent, suggesting their ability to adapt to human and climate threats.

Forty-five percent of the total sightings were recorded in the dry zone, the species’ typical habitat, while 27 percent each were made in the wet zone and in the intermediate zone. Earlier records included sightings at an elevation of 1,100 meters (3,600 feet) as the highest point, but the new study recorded pangolins at a much higher elevation: at 1,850 meters (6,070 feet) above sea level.

“The highest elevations recorded, though less abundant, shows that pangolins are not exclusively a dry zone species and points to the interesting possibility of species adaptation,” Perera said.

Perera emphasized the need for further studies to help formulate an effective conservation plan for the Indian pangolin in Sri Lanka, including statistics on wildlife crimes.

“It is not about [population] distribution alone,” he said. “Crime data and trends are necessary for a better understanding of contemporary threats.  More research is needed, especially in the former conflict zones, inaccessible during three decades of war.”

He added that a long-term data set, which Sri Lanka lacks, is critical to declaring the species endangered under international law. “In 2012, pangolin was listed as vulnerable, but the current issues highlight the need for elevation of their threat status,” Perera said.

The IUCN lists the Indian pangolin as endangered, while CITES lists all eight pangolin species under Appendix I, thus prohibiting the trade in wild-caught specimens.

Habitat conservation is also key to the survival of the Indian pangolin in Sri Lanka, Perera said. “Conserving forest patches is a critical need to protect pangolins, hunted both for scales and exotic meat,” he said.

He and his team have set up study plots in a public forest reserve and in two private areas bordering national parks, where they hope to generate useful data about pangolin conservation. They also carry out behavioral studies on captive pangolins at a zoo to supplement their research efforts.

But taking this knowledge back to the community is key, said Perera, who also conducts awareness programs for villagers and schoolchildren on how to conserve these elusive and fast-disappearing anteaters. 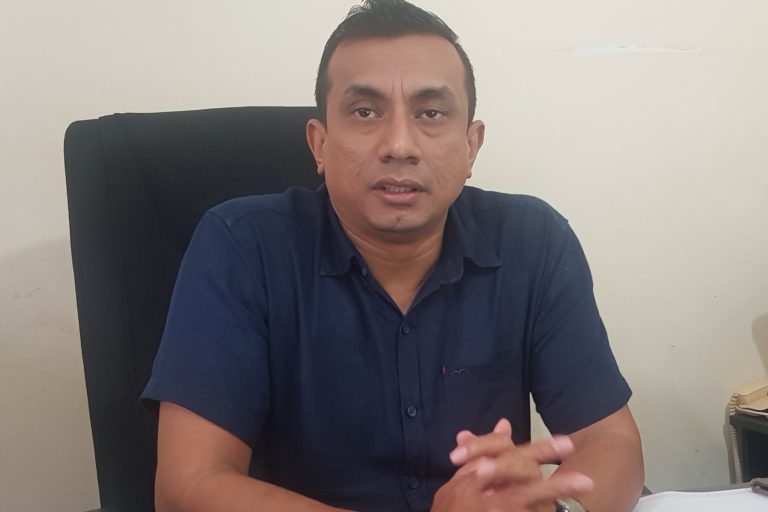 Researcher Priyan Perera calls for extensive research to develop a conservation plan amid growing global threats to the survival of all eight pangolin species. Image by Dilrukshi Handunnetti.

Banner image of a pangolin in a forested area in northwestern Sri Lanka, courtesy of Priyan Perera.