Taking a bath can be one of the more relaxing things in life – even for bald eagles.

Pausing briefly to give us a curious look, the eagle dipped its head into the cool water and fluffed out its feathers, sending droplets in all directions. Birds of all sizes seem to enjoy time in the tub, but the actual reasons for bird bathing are unclear. It is suggested that splashing about helps to keep their feathers fresh and functional in water and weather for both flighted and non-flighted birds.

Resplendent with their beaks of gold and plumage of white and blackish brown, bald eagles have historically soared throughout the United States. But in the mid-1900’s, these birds of prey were losing ground. Bald eagle feeding and nesting spots near coastlines, lakes, and rivers were shrinking. And the pesticide, DDT, had taken its toll on the eagle population. Our national symbol was on the brink.

Conservation measures put in place – including a 1972 ban on the use of DDT by the federal government and passage of the Endangered Species Act the following year – provided eagle habitat protection. By August 2007, bald eagle numbers had recovered to over 9,700 pairs according to US Fish and Wildlife Service, and they were taken off the endangered species list.

Even though bald eagles have made a comeback, they still need our commitment to conserve them. Collisions with cars, hunting, electrical wires, and ingesting poison can cause injuries that are fatal or require rehabilitation. Fortunately, eagles unable to fly after recovery have found forever homes in zoos and other raptor facilities. The Wildlife Conservation Society’s Bronx Zoo and Queens Zoo host pairs of bald eagles, as do other Association of Zoos and Aquariums parks like Beardsley Zoo where we spotted these bathing beauties. 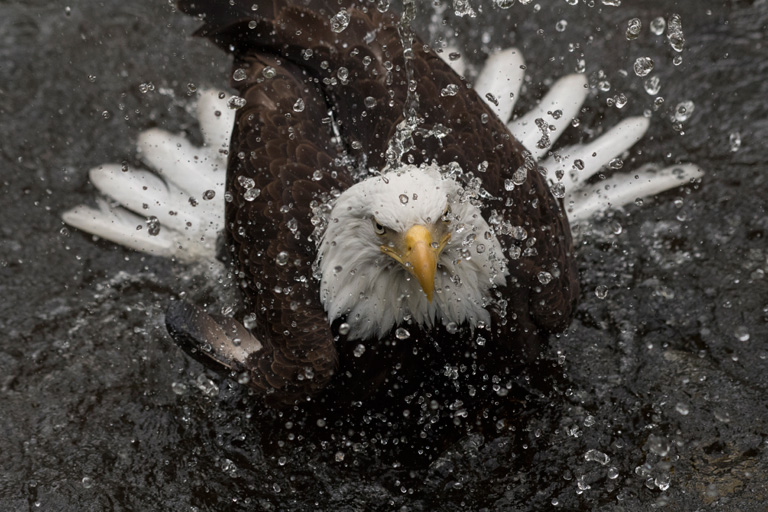 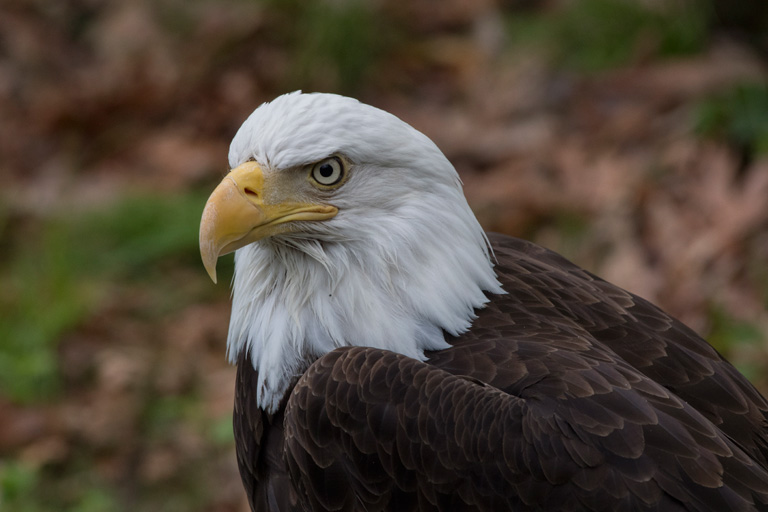 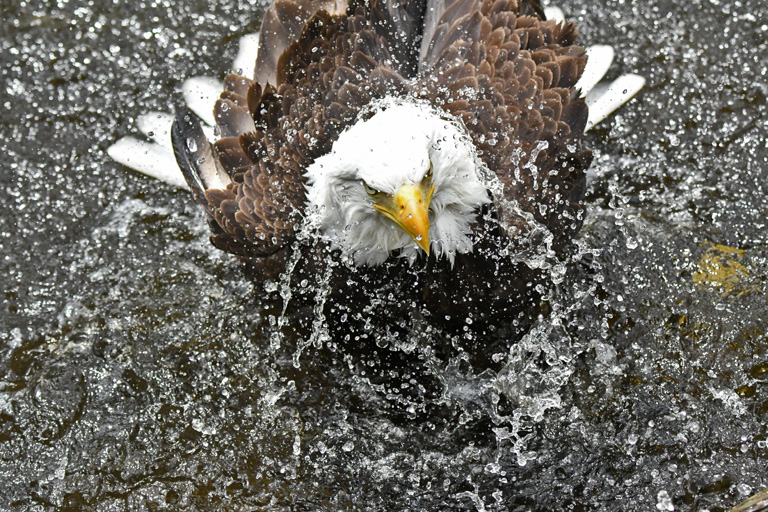 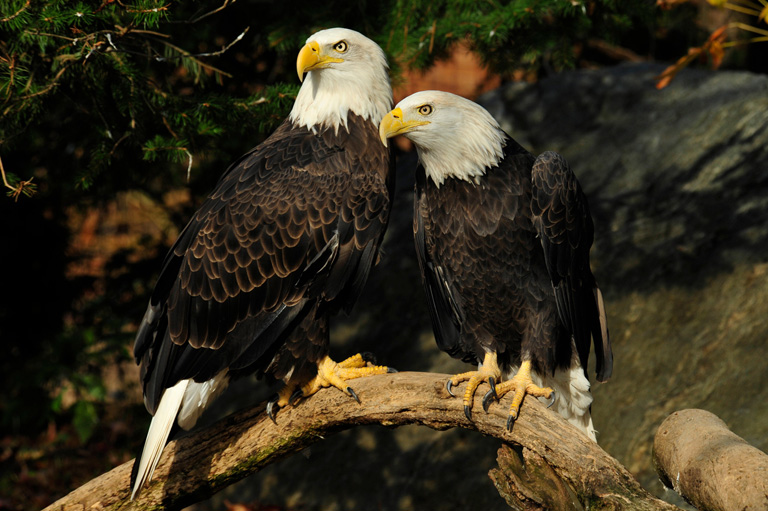