Last week the Brazilian government reduced the budget for the Ministry of the Environment by 43 percent. The ministry now has a budget of 446 million Brazilian reals ($141 million).

The federal science budget has also been cut by 44 percent, making it the lowest budget in at least 12 years, Nature reported.

Scientists and environmental groups fear that these budget cuts could hinder efforts to stem deforestation, which has been on the rise in the country.

Alfredo Sirkis, the executive secretary of the Brazilian Forum on Climate Change, told Observatório do Clima that the cut was “very serious” and will “profoundly [impact] deforestation — and, consequently, Brazil’s climate targets.”

Brazil accounts for nearly two-thirds of the Amazon rainforest, the world’s largest tropical forest. After several years of decline, deforestation — driven by beef, soy and timber industries — appears to be increasing again. Between August 2015 and July 2016, for example, deforestation in the Brazilian Amazon increased by 29 percent over the previous year, making it the highest deforestation level recorded in the region since 2008. Forest area about 135 times the size of Manhattan was cut down in just one year. 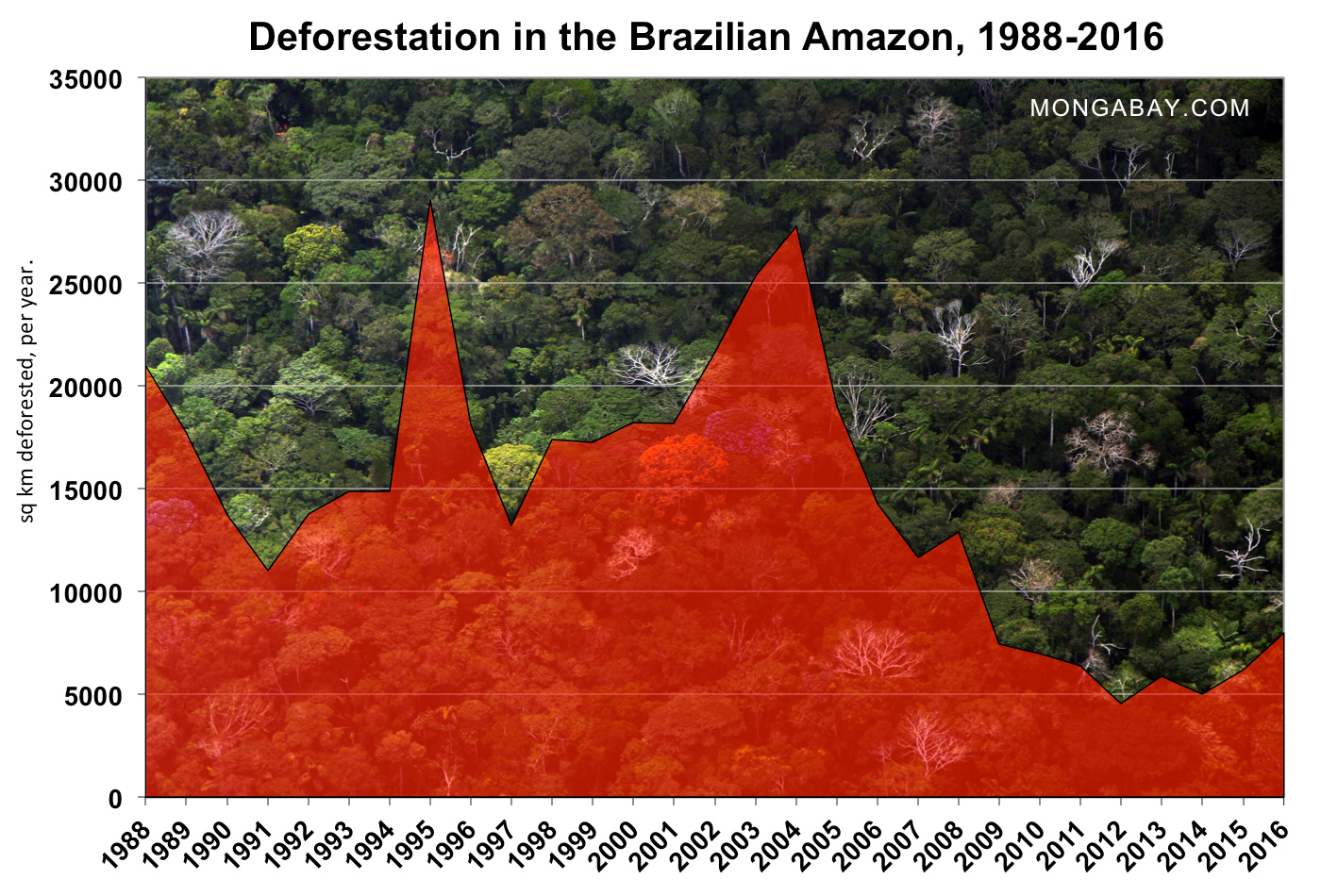 Brazil recently announced its plans of restoring 12 million hectares (~30 million acres) of deforested and degraded forest land by 2030 at the 13th Conference of the Parties on Biological Diversity (COP13) in December 2016. But the Brazilian Institute of the Environment and Renewable Natural Resources (IBAMA), Brazil’s Environmental Protection Agency, which works to prevent deforestation of the Amazon, is already severely cash-strapped. And the budget cut is likely to exacerbate the problem.