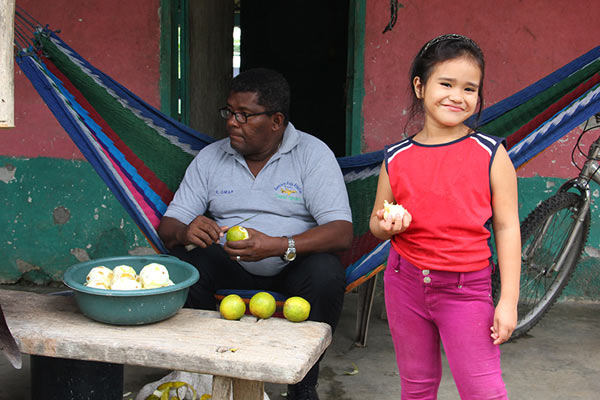 Residents of El Eden, one of the 28 Pico Bonito communities that banded together to protect their water supply. Photo credit: Pat Goudvis.

There hasn’t been much good news out of Honduras recently. One of the poorest Latin American nations, it has been afflicted by a series of natural and political calamities. In 1998, Hurricane Mitch killed over 14,000 people, impacted a third of the population and did $3.8 billion in damage — three-quarters of the nation’s total GDP. Droughts followed, reducing corn and bean production by 50 to 70 percent in some years. In 2009, an elected President was overthrown by the military. And in 2014, hard times in Honduras made the U.S. news, as a stream of unaccompanied children fled to the United States.

There is, however, another Honduras, a place where — despite adversity — small, rural communities are getting on with the business of living sustainably and dealing effectively with the vagaries of extreme weather, all on a shoestring budget.

As often happens, trouble breeds opportunity: This good news story emerged from the vortex of Hurricane Mitch on the steep southern slopes below Pico Bonito National Park. It revolves around the efforts of organized communities and the leadership of one man. Carlos Cruz Estrada is the President of the Association of Water Boards of the Southern Sector of Pico Bonito National Park (abbreviated AJASSPIB in Spanish). This tall, middle-aged cattle rancher, resembling a Hollywood Western movie star, is leading 28 communities in 14 watersheds to create a more resilient local water supply system as a hedge against the dangerously erratic weather brought by climate change. 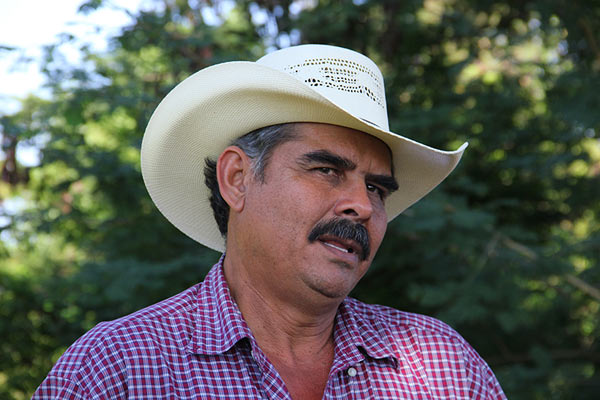 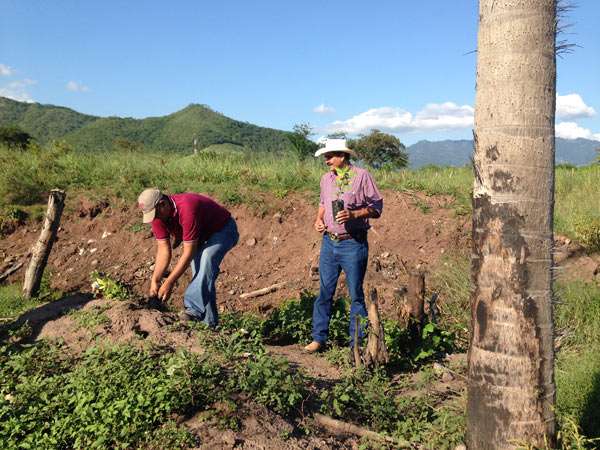 The Pico Bonito communities possessed a decades-old, poorly maintained water system with basic infrastructure that did the job: It brought water down from Pico Bonito National Park to homes and livestock. Local water boards were given charge of the system by the Honduran government, though they were mostly inactive. Then came Mitch.

“After Mitch, there was almost nothing left. The entire water infrastructure was destroyed,” Cruz Estrada told me as we walked around the Emerald Hummingbird Reserve, near Pico Bonito National Park where he was hosting a delegation from the EcoLogic Development Fund of Cambridge, Massachusetts. After the storm the Honduran government was in deep crisis. “International help began to arrive, and there arose the idea that the [water] boards could really administer the water systems,” says Cruz Estrada. “Before Mitch, the boards were created by the law, but they didn’t really function, they didn’t collect the fees, the systems weren’t maintained, and they deteriorated a lot. Then Mitch finished them off. After Mitch, we started again from zero.”

The 28 communities are located along the southern boundary of Pico Bonito National Park, in an ill-defined buffer zone below the protected summits. Pico Bonito is one of the crown jewels of Honduras’s poorly funded system of preserves. At 117,110 hectares (290,000 acres) it is the nation’s second largest park. 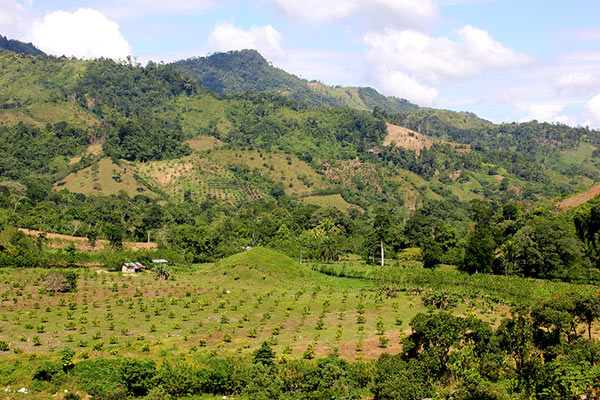 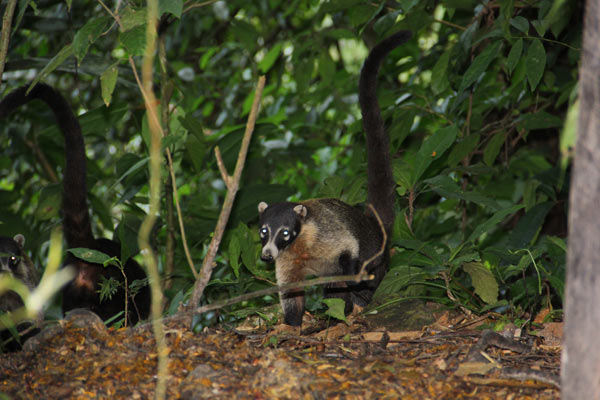 Pico Bonito’s Caribbean side is protected both by steep inaccessible slopes and, ironically, by the banana and pineapple plantations that ring it; it receives plentiful rainfall. The southern side of the park, where AJASSPIB works, is a different story. Here the high peaks of the Nombre de Dios Cordillera create a “rain shadow” beyond which the moisture-soaked clouds of the Caribbean do not pass; this leeward slope receives a small fraction of the rain of the windward side.

Here the 28 water-stressed communities have banded together in the Association of Water Boards. “With help from the Pico Bonito National Park Foundation and EcoLogic, we developed statutes and rules — administrative systems designed for the needs of each community,” Cruz Estrada explains. The communities all agreed, “for example, that the water should be shared fairly. It should be for human use only, not for animals. There would be a standard fee for everybody. It’s all on a voluntary basis; it’s an honor, a service to the community,” he says. A great deal of attention was put on efficient organization. AJASSPIB pulled together all the local water boards and worked with small communities that didn’t have one.

Fito Steiner, a well-known Honduran environmentalist and one of the founders of the Pico Bonito National Park Foundation, elaborates: “After the hurricane we needed to reconstruct the water systems and the water boards. As the communities established their protected areas in their upper watersheds, we helped the areas get officially recognized as ‘protected forest and water zones.'” 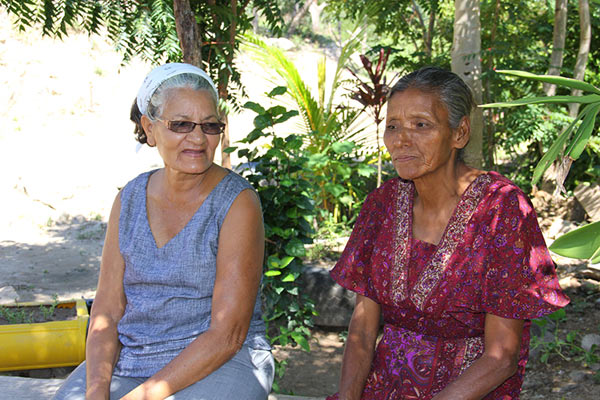 The community challenge went beyond organizing and building infrastructure. In many cases, the slopes above had been heavily deforested by cattle ranching and logging. Aquifers were not being charged and streams were not running steadily.

A bigger roadblock: The watersheds all were on private lands. So the communities set out to do something truly extraordinary. They worked together to re-establish the high slopes as property held in common to protect water resources for all the local families.

Reversing the Tragedy of the Commons

One of the most famous and influential ecological articles of the 20th century appeared in Science in 1968. Biologist Garrett Hardin’s article, called “The Tragedy of the Commons” argued that properties held in common by communities, usually for grazing livestock, are inevitably degraded. He used the economic model of the “rational actor pursuing maximization” to show that individuals will rush in to use up a commons before someone else can. Hardin’s model has been extended to the “global commons” of ocean and atmosphere — and to watersheds.

2008 Economics Nobel Prize winning political scientist Elinor Ostrom found a hopeful loophole in the tragedy of the commons. She showed that local communities, working together, can reverse the process. In small communities, people know each other, know who is trustworthy, and they cooperate. They can engage in collective action and create rules to ensure the commons is managed sustainably.

Nilia Zumilda Duarte Sandoval, a bespectacled, retired school teacher and AJASSPIB treasurer explains how the rules work in the Pico Bonito communities: “If people don’t pay their [water] fee, their service is cut and they have to pay a fine. It’s a fine of $10 with a month grace time, but if they don’t pay two months, then the service is cut. The treasurer has her accounting book and registers everybody’s payments.” 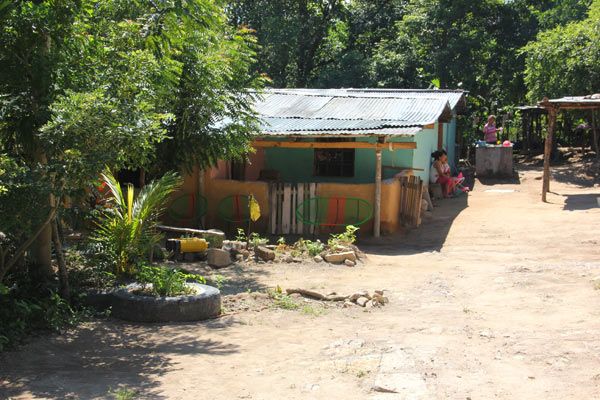 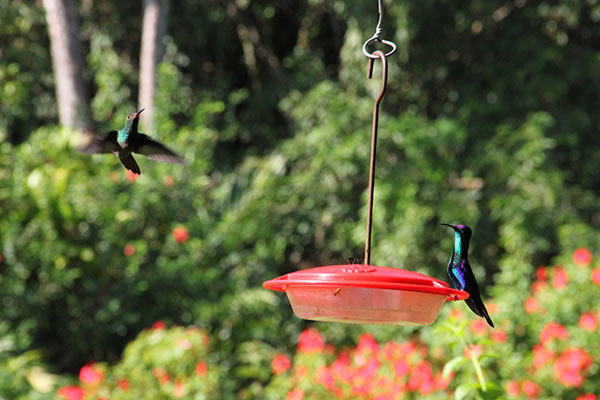 But the Pico Bonito communities still faced the bigger problem of how to handle private ownership of the watersheds. They solved it by turning the steep south slopes of Pico Bonito back into a commons.

The people in each community “are buying land from their neighbors in the upper slopes. The neighbors know it’s for the benefit of everyone, and there is good consciousness. They have to negotiate with them, settle on a price. Some people ask for more, some people ask for less. There are always installment payments because people are poor,” explains Carlos Duarte Euraque, one of EcoLogic’s Honduran staff.

These very poor communities engaged in delicate negotiations with their neighbors and painstakingly assembled pieces of land to protect the precious water supply. Today, they are real estate developers with a community mission: putting together a big enough property to assure reliable freshwater for themselves and future generations.

The fragmented private properties have been assembled into a common property belonging to the entire community. So far, AJASSPIB has extended its reach to 14 micro-watersheds and 28 communities. Nine community-protected areas — ranging in size from 52 to 1,193 acres — are now recognized by the Honduran government. Total protected watershed lands top an impressive 5,453 acres. Restored forests are now growing on the formerly degraded lands, extending habitat for species found in the national park. The communities have established regular watershed patrols made up of residents to prevent tree cutting, clean intake pipes and check on storage tanks.

The cooperative process initiated by AJASSPIB has unified the communities it serves; collections of households with traditional ties are developing into a close-knit organization with a common purpose. This success hasn’t gone unnoticed by neighboring communities.

“That a water board is active, that [it] is taking care of the system, that [it] is dealing with community problems — that strengthens the community,” says Duarte Euraque. “It can even affect other communities. When one community sees what another is doing… they want you to come help them.” 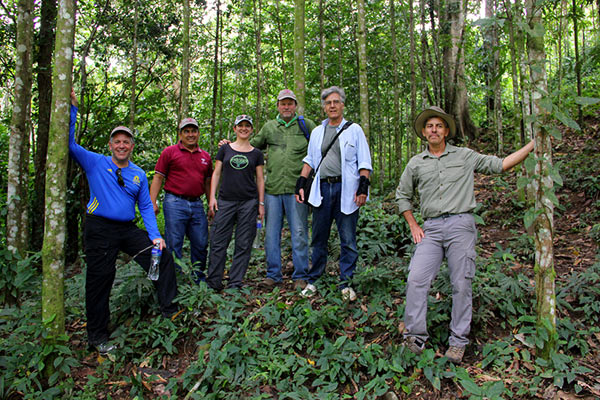 Establishing the inter-community water partnership has been slow going. It started after Hurricane Mitch, but AJASSPIB wasn’t formed until 2006, and only now is it seeking formal legalization. But the results are clear. A string of community-protected areas now exists along the southern buffer zone of Pico Bonito National Park, with ongoing reforestation and monitoring by the communities, who also keep an eye on the park.

The accomplishments of AJASSPIB have gained international notice. In 2011, Swiss Re named the AJAASSPIB-EcoLogic partnership the runner-up recipient for its ReSource Award for Sustainable Watershed Management. In 2012, it won one of the Equator Prizes offered by the United Nations Development Program (UNDP). In 2013, it was one of ten finalists for the Solution Search: Adapting to a Changing Climate contest sponsored by The Nature Conservancy and Rare. In 2014 it won the first Innovation Prize given by the Yale chapter of the International Society of Tropical Foresters. Duarte Sandoval, the retired school teacher, traveled to New Haven, Connecticut to receive the prize.

Lessons learned by the Pico Bonito communities are being applied in the larger landscape. Today, the Alliance of Municipalities of Central Atlantida (MAMUCA) — located between Pico Bonito and the Texiguat Wildlife Refuge in what is called the PIBOTEX corridor — is strengthening local water boards to manage their watersheds.

EcoLogic and AJASSPIB have also entered into an agreement with the municipality and town of Olanchito, with nearly 80,000 inhabitants, to help them protect the city’s 17,550 acre Uchuapa-Pimienta watershed. The first step, as at Pico Bonito, was to organize neighborhood water boards in the city.