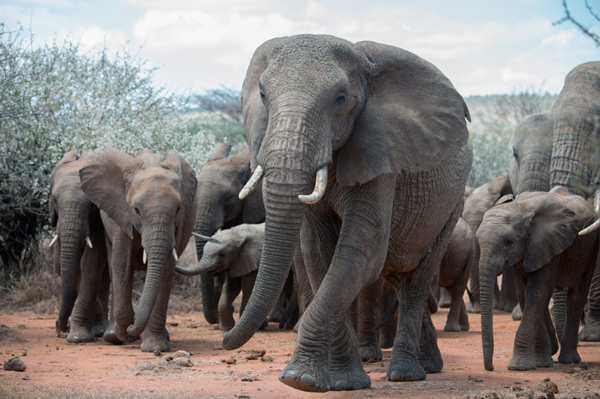 Entire families of elephants are being slaughtered for their ivory. The global appetite to own trinkets carved from elephant tusks has dealt a crushing blow to these plant-eating pachyderms that roam the forests and savannahs of Africa. Photo by Julie Larsen Maher ©WCS

Julie Larsen Maher has what many wildlife photographers would consider a dream job: staff photographer for the Wildlife Conservation Society (WCS), a non-profit that runs five zoos and aquariums in New York City as well as numerous site-based field programs in the U.S. and overseas.

As staff photographer, Maher helps tell the stories behind WCS’s conservation work, which ranges from veterinary procedures with Bronx Zoo animals to working with local communities in remote parts of Zambia to protect wildlife. Her pictures have appeared in thousands of publications and are now playing a key role in helping the 119-year-old institution transition for 21st century audiences, including a new effort to engage wildlife fans via WCS’s wildlife photography blog, Wild View.

In a November 2014 interview with Mongabay.com, Maher talked about her work, including her day-to-day activities, the importance of photography in story-telling and inspiring passion, and advice for aspiring conservation photographers.

AN INTERVIEW WITH JULIE LARSEN MAHER 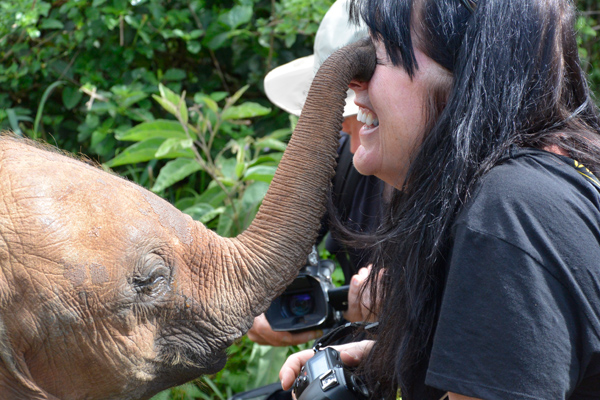 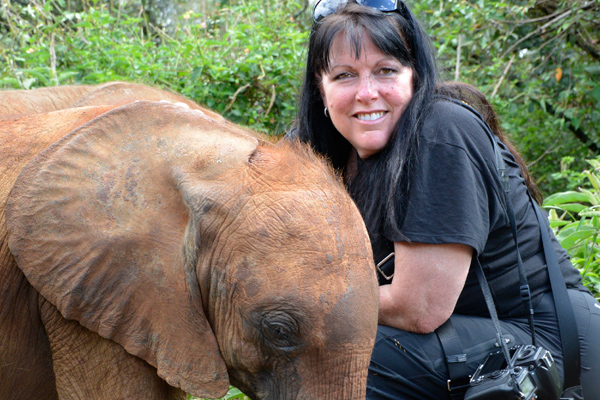 Mongabay.com: How did you get a start in photography?

Julie Larsen Maher: Photography has always been an essential part of my work. I was an art director before switching careers to become the Wildlife Conservation Society’s staff photographer. I am only the sixth person – and first woman – to hold this position in 119 years. From my design days, I knew the value of good visuals for storytelling. Now, I take photos and write about them. I work with WCS zoo and field staff at our five wildlife parks in New York, including the Bronx Zoo, and at some of our 500 sites in over 60 nations around the world. I have always known that great photos can inspire others to conservation activism. It is important at WCS that we get out there and get the stories. I like being part of that movement. 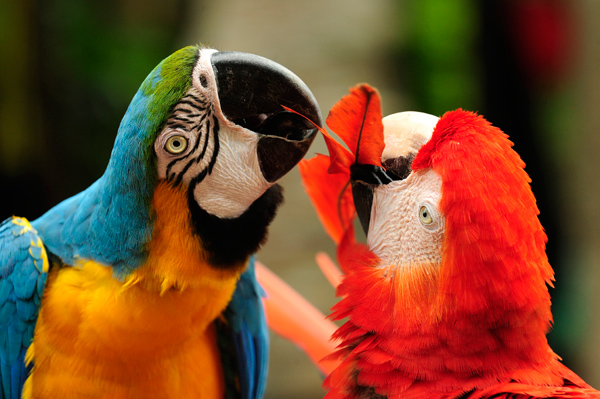 Macaws in Ecuador preen their vividly colored feathers to straighten and clean them. Photo by Julie Larsen Maher ©WCS.

Mongabay.com: Were there any photographers that served as role models or inspiration for you?

Julie Larsen Maher: In my time as art director, and now as a photographer, I have had the privilege of working with many of the world’s greatest photojournalists including Joe McNally, Daniel J. Cox, Michael “Nick” Nichols, and Art Wolfe to name a few. In addition, our WCS field staff like George Schaller and William Conway shared many memorable shots from remote places. There is a new generation of great conservationists with cameras out there now like Jon Slaght and Tutilo Mudumba. I learned from all of them to always be ready to look for something new and unexpected. 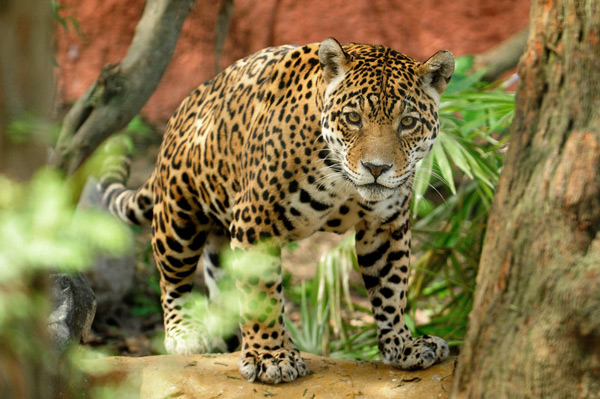 Jaguars can be identified by their pattern of black spots, called rosettes, as each cat’s spots are unique. Photo by Julie Larsen Maher ©WCS.

Mongabay.com: What does a day in your life look like?

Julie Larsen Maher: No two days are the same. My photos are the visual voice of what WCS does, whether from the zoo or the field. Both sides of my position are about working with wildlife, but they are very different. It is definitely not a 9-to-5 job. New York is fast-paced. There is always something going on for conservation outreach. Mostly, I am at the Bronx Zoo photographing animals. They can be quick sessions, or longer ones as I wait for the right moment. I might have assignments that involve people – whether visitors, an education class, or staff at work – and some evenings, there is a fundraising event to cover. Then, there is the pre- and post-production of photos back in the office.

The field – in places like Madagascar, Uganda, Kenya, and Argentina – is a world away. There is often no running water or electricity in the forests, savannahs, and mountains where we work. Extreme conditions in faraway lands are part of it, resulting in bug bites and bad hair. I love learning about the culture surrounding wild places. I can see how wildlife is an important element of local communities. WCS conservation work is about people and wildlife sharing the same space. 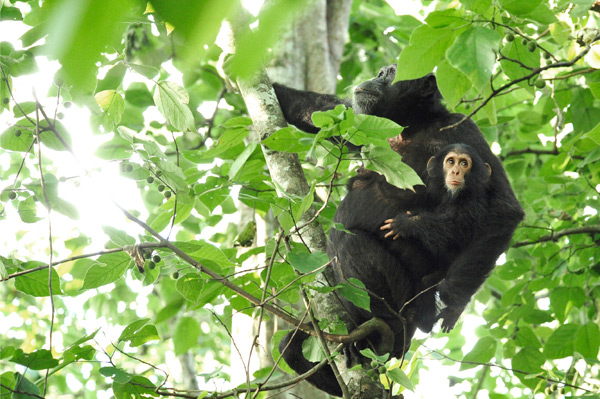 A female chimpanzee and her baby must watch for wire snares as they move along treetops of their forest home in Uganda. Hunting is one of the biggest threats to chimpanzees’ survival. Photo by Julie Larsen Maher ©WCS.

Mongabay.com: How often are you in the field? Do you have a favorite place to visit?

Julie Larsen Maher: I get to travel to field sites maybe once or twice a year, depending on the visual needs of WCS. This year, the video team and I went to Kenya to document elephants. In 2012, more than 35,000 African elephants were killed illegally for their tusks. This was driven largely by illegal trade to East Asia and run by organized crime syndicates. WCS launched a campaign called 96 Elephants to stop the killing, stop the trafficking, and stop the demand. I took photos of elephants in Africa that showed their lives together; photos that would inspire people to want to save 96 elephants every day. 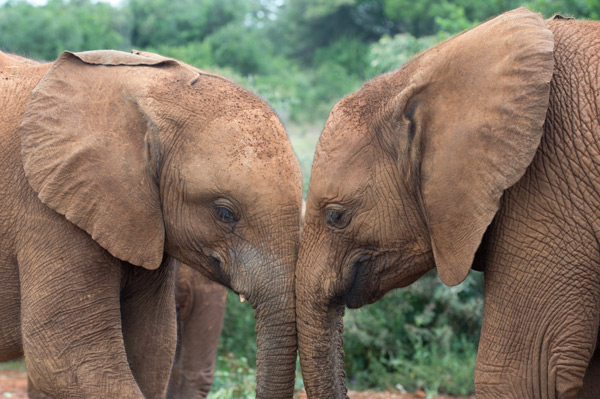 Mongabay.com: Do you have a favorite photography subject? For example a species?

Julie Larsen Maher: I don’t have a favorite animal – I love them all – each one is unique. That’s the best part of this work, learning something new about species while photographing them. I like the challenge of taking pictures of the largest to the smallest, like the highly endangered and diminutive Kihansi spray toad. These toads don’t lay eggs, they give live birth to toadlets that are super small. The purplish babies are about the size of a housefly. 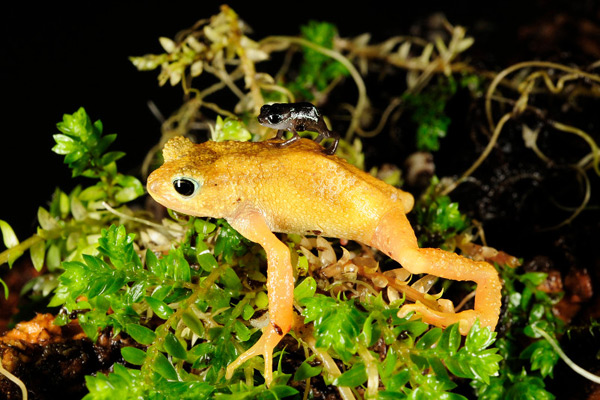 Mongabay.com: This may be impossible to answer, but do you have a favorite picture?

Julie Larsen Maher: My biggest triumph is taking photos that bring a story to life from parts of the world that many may never get to. People want to save what they can see. Photographing nature and our efforts to protect it, and then sharing images with others. It’s the most important –and favorite – part of my pictures.

Western lowland gorillas are designated as Critically Endangered by the IUCN, each birth is a great step for gorillas. Photo by Julie Larsen Maher ©WCS.

Mongabay.com: The shift from print to digital has upended a lot of industries including photography. Has your role at WCS changed over the years?

Julie Larsen Maher: We are in an era where everyone has a camera. I have added a new role to my position. In addition to my photography duties, I also curate a new photo blog for WCS’s online initiative called Wild View. It showcases wonderful images with first person accounts of conservation work being done across our organization and by our partners. Wild View also has a public component where contributors can submit photos to regular assignments. It is interesting to see what others see when they view the wild world. We are building a photo community of people that care and share nature.

Mongabay.com: Do you have any tips for aspiring conservation photographers?

Julie Larsen Maher: Keep shooting! There are more opportunities now than ever before to be published. Think of how photos can affect attitudes on nature and conservation. 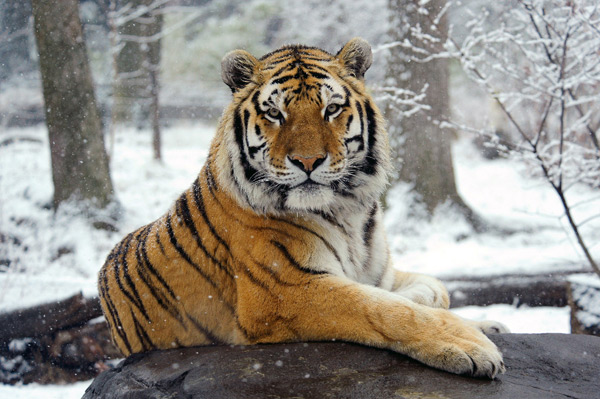 Amur tigers are also known as Siberian tigers. They are found in the Russian Far East and northeastern China. Conservation efforts are underway to save tigers throughout their remaining ranges. Photo by Julie Larsen Maher ©WCS.

Mongabay.com: What would be a good place to start if someone were trying to follow in your footsteps?

Julie Larsen Maher: Budding nature photographers should be willing to photograph anything and everything – not only the wildlife and wild places, but also the people and activities that are part of conservation. They are all a big part of the bigger picture. Take writing courses to better document photo efforts. The images’ value will be enhanced if they have a good story with them. Be prepared for some serious office time with photos – labeling, sorting, editing, and fulfilling requests. I work closely with our archives to ensure there is information attached to photos to preserve their history. 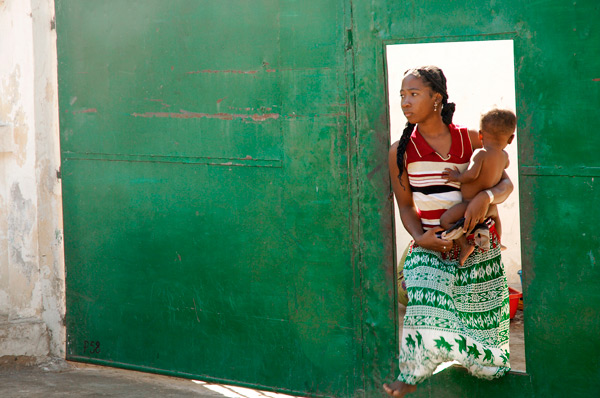 Madagascar is a land of beautiful places and beautiful people where generations often live in one household. Photo by Julie Larsen Maher ©WCS. 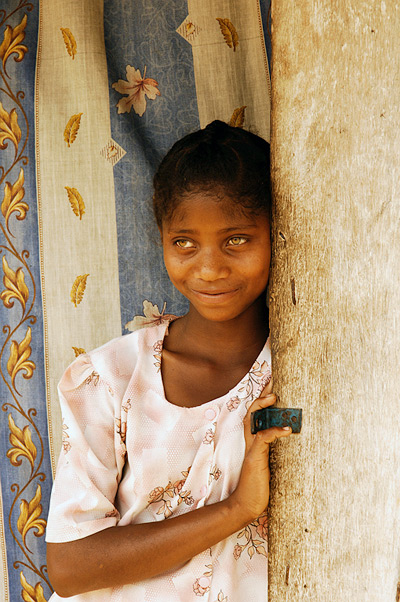 young Malagasy woman lives on the edge of Makira Natural Park in Madagascar, a forest with unique biodiversity found nowhere else on Earth. Photo by Julie Larsen Maher ©WCS. 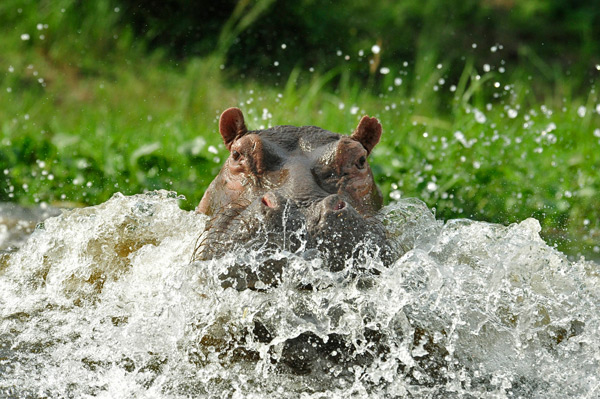 Hippos are herbivores that line the banks of the Victoria Nile River in Uganda, above and below the water. Photo by Julie Larsen Maher ©WCS. 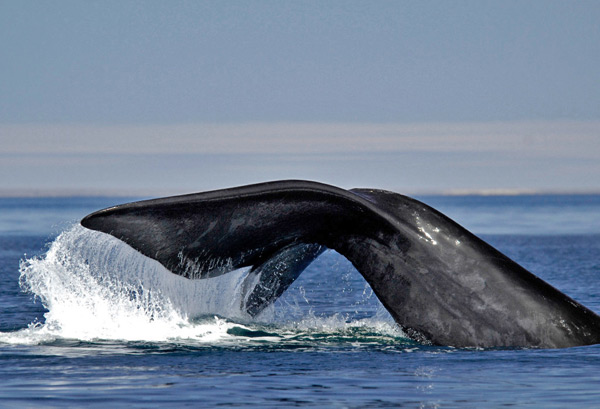 Argentina’s Peninsula Valdes is an important ecosystem for southern right whales. These whales were nearly hunted to extinction in the past. Photo by Julie Larsen Maher ©WCS. 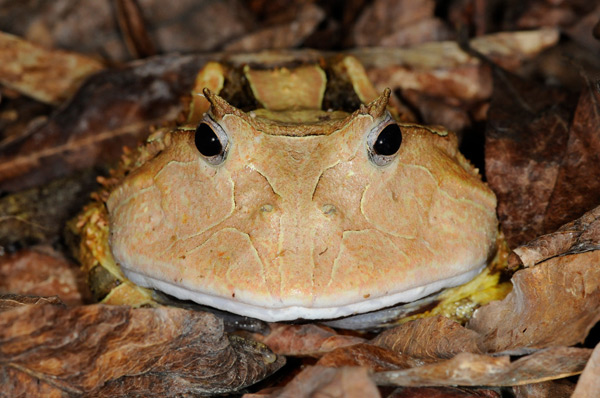 Surinam horned frogs are from South America and can lay up to 1000 eggs in a clutch. Photo by Julie Larsen Maher ©WCS.