After being implicated in a Greenpeace report on illegal logging in the Amazon rainforest, UK building supplier Jewson has pulled controversial wood from its shelves until it can conduct a full investigation on the timber’s origin.

Greenpeace said Jewson will await the results of the audit before deciding whether to begin selling products made out of Ipê, a timber that the environmental group is widely laundered in the Brazilian Amazon.

Greenpeace has found that some Ipê producers and traders are using loopholes and outright deception to game regulations that aim to reduce the environmental impact of timber extraction in the Amazon.

“Instead of protecting the forest, official checks and balances are being used to ‘launder’ timber from illegal and predatory logging practices in order to sell it in Brazil and globally as if it was legal,” said the group.

Selective logging can degrade forests and increase the likelihood of outright clearing in the future. Logged over forests are generally more vulnerable to drought and fire. 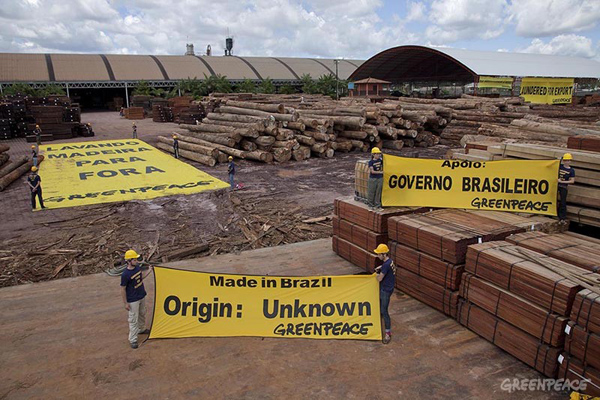