Forest clearing within areas zoned for timber, logging, oil palm, and mining accounted for nearly 45 percent of deforestation in Indonesia between 2000 and 2010, finds a new study that examined forest loss within industrial concessions. 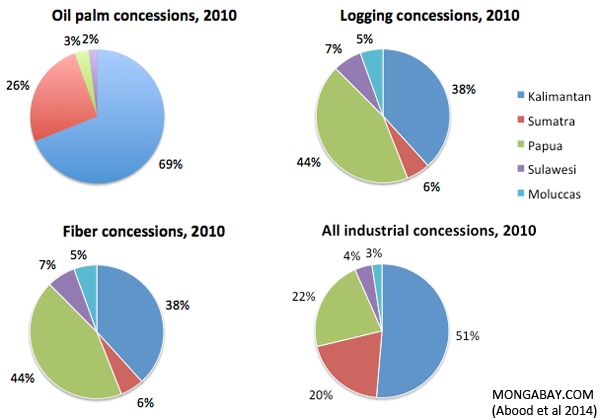 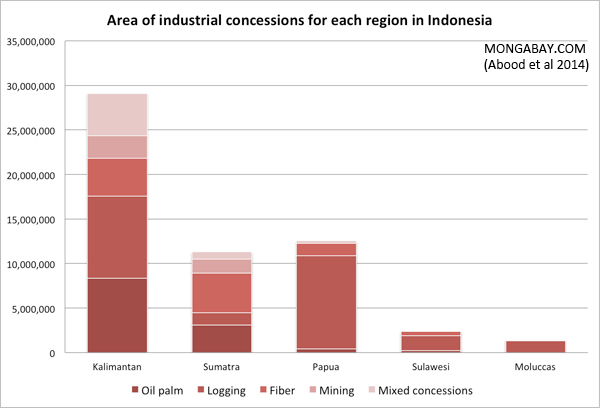 The study also looked at greenhouse gas emissions from concession development. Pulp and paper plantations were the single largest source of carbon emissions during the period, accounting for more than a third of total industrial emissions. Oil palm (28 percent), logging (22 percent), and mixed concessions followed. Drivers varied dramatically by island: in Sumatra fiber plantations amounted to nearly 60 percent of emissions, while the palm oil industry in Kalimantan accounted for about 40 percent. Logging concessions were the biggest source of industrial land use emissions in Papua, Sulawesi, and the Moluccas. 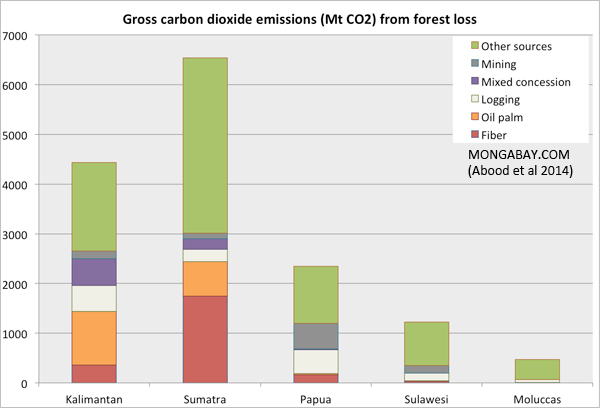 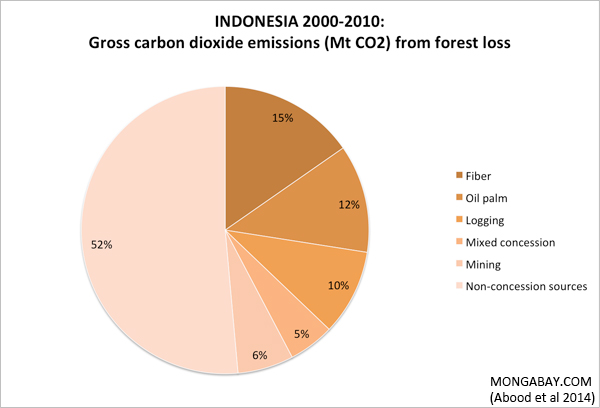 While the study assessed what happened in the past in terms of forest loss and emissions, it also provides insight into the potential future of Indonesia’s forests, including the extent of forest cover surviving inside and outside concessions. It found that almost 35 percent of the 77.4 million hectares of forest remaining in Kalimantan, Sumatra, Sulawesi, the Moluccas, and Papua lies within industrial concessions. 70 percent of that is within logging concessions, indicating the importance of these areas in efforts to curtail Indonesia’s high level of greenhouse gas emissions, according to the authors. 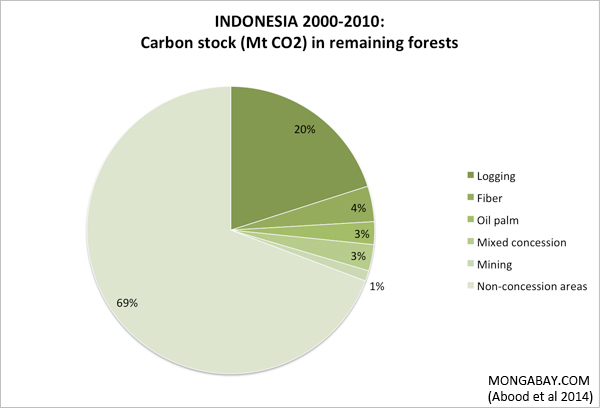 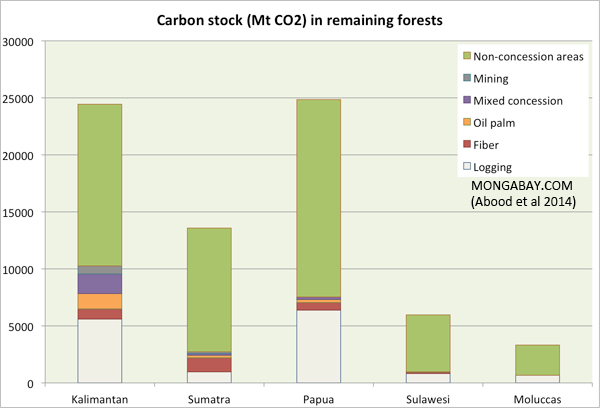 “Logging concessions retain ~33% of lowland forests (~15.5 Mha) and ~16% of peat swamp forests (~1.6 Mha) in Kalimantan, Sumatra, Papua, Sulawesi, and Moluccas,” they write. “Gaveau et al. (2013) showed that logging concessions maintained forest cover as efficiently as protected areas, provided they were not reclassified for industrial plantation development. A growing number of studies also suggest that selectively logged forests might be valuable for biodiversity conservation. Indeed, well-managed logging concessions might present a realistic and cost effective strategy for forest protection in addition to protected areas.”

But developing strategies — and incentives — for maintaining forest cover requires good data. The authors note that is still lacking for Indonesia and call for greater transparency around land use to improve accountability around issues like deforestation and haze. They add that “clarifying land ownership and concession boundaries” would not only help address environmental problems, but “could also help reduce the level of social conflicts with local communities.” 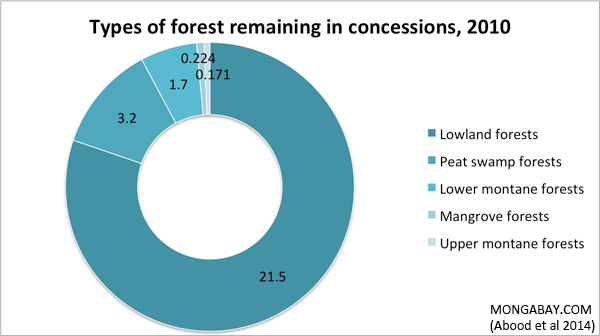 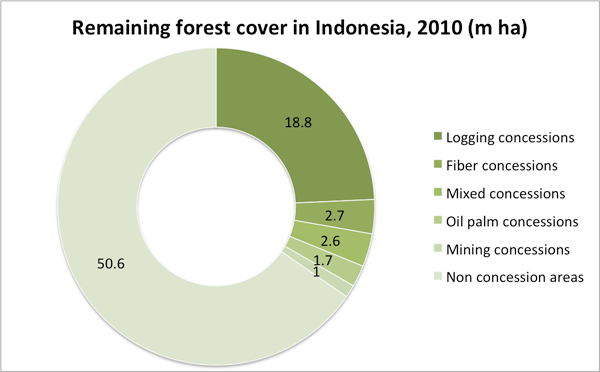 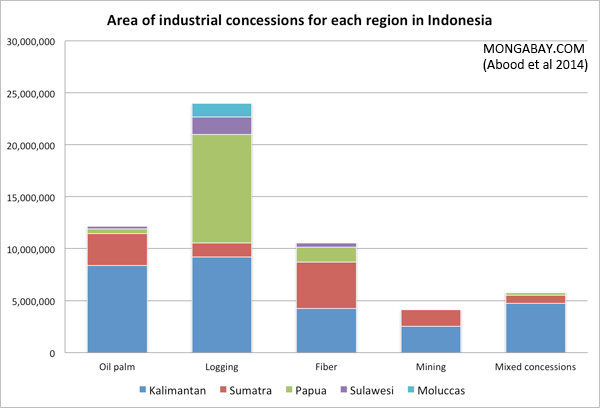