Next big idea in forest conservation? Integrating demand for food with the need to save wild areas 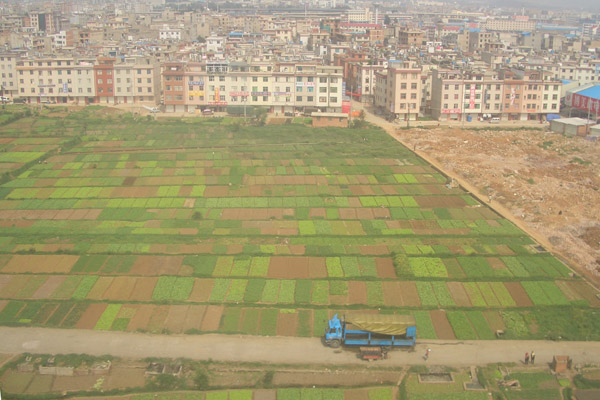 Will it be possible safeguard the world’s remaining rainforests while feeding billions of more mouths, many demanding more meat and richer diets? Dr. Mitchell Aide’s is a tropical ecologist interested in how patterns of land use and biodiversity are affected by economic and demographic changes. Addressing food production and policy, Aide believes, as well as the Millennium Development Goals related to hunger, poverty, and sustainability are critical to conservation.

“For too long, the conservation community has ignored the role of agriculture and its impact on tropical forest conservation. In Latin America more than one third of the terrestrial area is used for grazing or agriculture,” Aide told mongabay.com. “Where and how we produce food (and biofuels) over the next 30-50 years will be a major in determining of our success or failure in conserving tropical biodiversity.”

Tackling these issues—poverty, deforestation, and booming agriculture—will require partnerships that have “rarely occurred,” according to Aide, who points to the need for small-scale farmers to collaborate with agro business and scientists to work with economists and policy makers.

Aide is currently a professor at the University of Puerto Rico-Rio Piedra, where he has trained 35 MS, PhD, and postdoctoral fellows, the majority from Latin America. He also teaches the field course “Ecología Tropical y Conservación” (Tropical Ecology and Conservation) for the Organization of Tropical Studies in Costa Rica.

An Interview with Dr. Mitch Aide

Mitchell Aide: During my undergraduate degree in Biology at the University of Texas–San Antonio, I studied the influence of soils and slope orientation on the distribution of vegetation in the Chihuahuan Desert. Desert ecosystems are fascinating, but after visiting tropical forest in Mexico, I decide that tropical forests were the ecosystem I wanted to work in. So, I finished my BS degree, and the next day I started a six month trip through Mexico and Central America. When I arrived in Panama, I was fortunate to cross paths with Steve Hubbell and Robin Foster, and I spent the next six months helping them establish the 50 hectare forest dynamic plot on Barro Colorado Island of the Smithsonian Tropical Research Institute. I then did a PhD at the University of Utah on plant/animal interactions with Lissy Coley, and this included another 2.5 years living on Barro Colorado Island. After the invaluable experience of living and working in Panama, I designed a postdoctoral fellowship that would allow me to visit many other tropical forests, and with fellowships from the Smithsonian and Fulbright, I studied the genetics of Poulsenia armata (Moraceae) from southern Peru to Mexico in the context of Pleistocene refugia. After the postdoc, I accepted a position at the University of Puerto Rico–Rio Piedras, where I have been a professor for 21 years.

Mitchell Aide: I first stepped on Barro Colorado Island, Panama in June 1981. Since then, I have spent most of my time working (and traveling) throughout Latin America and the Caribbean. In Colombia, I studied tropical tree genetics, restoration ecology, and most recently land change dynamics. In the Yungas, Chaco, and Misiones regions of Northern Argentina, I participated in land change studies, mainly focusing on the expansion of soybeans. In Colombia, Puerto Rico, and Dominican Republic, I conducted restoration ecology projects in wetlands and montane forest. Presently, most of my research focuses on land change in Latin America and Caribbean, but we are in the process of expanding this research to Africa. In addition, I have spent a lot of time in Costa Rica, mainly associated with the Organization of Tropical Studies field course, “Ecología Tropical y Conservación.” Teaching on this course has been one of the greatest benefits of my job because I have met more than 200 young tropical forest ecologists and conservationists from across Latin America.

Mongabay: What do you see as the next big idea or emerging innovation in tropical forest conservation? And why?

Soy fields in the Brazilian Amazon. Photo by: Rhett A. Butler.

Mitchell Aide: The conservation community needs to become a serious player in addressing Millennium Development Goal #1: Eradicate extreme poverty and hunger, and Goal #7: Ensure environmental sustainability. For too long, the conservation community has ignored the role of agriculture and its impact on tropical forest conservation. In Latin America more than one third of the terrestrial area is used for grazing or agriculture, the area dedicated to these activities is growing rapidly, and the area will grow as the global demand for agricultural products, particular meat, continues to increase. Where and how we produce food (and biofuels) over the next 30-50 years will be a major in determining of our success or failure in conserving tropical biodiversity. Furthermore, these dynamics will be occurring in the larger context of climate change. To achieve these Millennium Goals, it will require collaborations and connections that have rarely occurred…e.g., small-scale farmers/agro business, local environmental impacts/global markets, and scientists/economists/policy makers.

Mongabay: What are the obstacles/challenges to spreading this idea? Do you have specific examples of this “innovation” in action? Where and how is this happening currently?

Mitchell Aide: Until recently, the relationship between agricultural activities and conservation was rarely discussed in academic publications or books, and the large conservation NGOs did not employ many agronomists. This is changing, in part, with discussions on land sparing and land sharing. Although we have a long way to go to incorporate agriculture activities and policy into our conservation activities, the Soy Moratorium in the Amazon and the Roundtable on Sustainable Palm Oil have shown the benefits and challenges of combining the two largest land use activities (i.e., agriculture and conservation).

Mitchell Aide: In collaboration with Carlos Corrada-Bravo (Computer Science) and many students, we have developed web applications to improve environmental monitoring. Specifically, the ARBIMON project (arbimon.net) consists of two web applications for collecting, analyzing, and presenting biodiversity (ARBIMON-acoustics) and land use data (ARBIMON-land mapper). The ARBIMON-acoustics web application provides tools for analyzing acoustic recordings of the environment. In addition, we have developed portable and permanent recording stations, and the permanent stations can provide real-time acoustic monitoring. Presently, the site shares and archives >1 million 1-minute recordings from many sites around the world. The ARBIMON-land mapper web application is a user-friendly platform for creating and sharing up-to-date and accurate information on land change around the world. This month, we will complete detailed land use maps for 2013 for Latin America and Caribbean. These web applications are the main research tools of my laboratory, but they were developed for the broader user community, with the goal of providing cost-effective ways for improving environmental monitoring from the local to global scale. 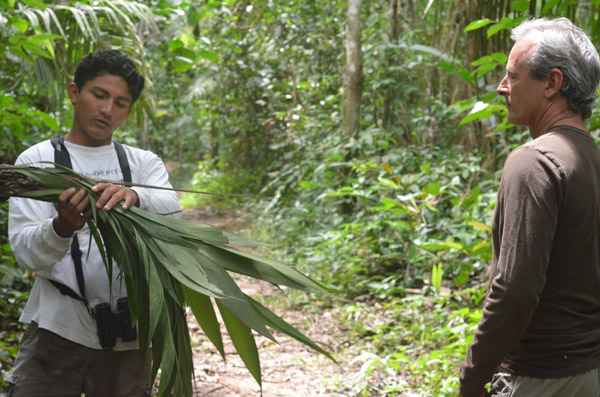 (02/26/2014) A year-long investigation by Greenpeace has found companies that supply Procter & Gamble (P&G) (NYSE:PG) with palm oil are engaged in clearing of rainforests and peatlands in Indonesia, suggesting that Head & Shoulders shampoo and other consumer products made by the company may be linked to forest destruction.

(01/31/2014) French cosmetics giant, L’Oreal, has pledged to stop using palm oil linked to deforestation for its products by 2020. Palm oil, which is found in both cosmetics and many food items, has been linked to widespread deforestation in places like Indonesia and Malaysia, decimating biodiversity and contributing to global warming. The crop, which is both high-yield and lucrative, is now becoming increasingly popular in Africa and Latin America as well.

(01/31/2014) Dr. Stuart Pimm is an expert in extinctions: why they happen, how fast they happen, and how they can be prevented. Reconnecting forest fragments and avoiding fragmentation, according to Pimm, are among the most crucial things we can do to conserve global biodiversity. His organization SavingSpecies identifies areas at-risk for extinctions and helps local organizations fundraise so they can protect and restore habitats and safeguard biodiversity.