Fisherman loading sardines for export into the back of a pickup truck in Batu Putih, North Sulawesi.

Recently, Mongabay.org – a non-profit dedicated to raising awareness of social and environmental issues relating to tropical forests and other ecosystems – has announced the winners of two environmental reporting prizes under its Special Reporting Initiative (SRI) program.

The prizes sought proposals to investigate questions around marine fisheries management in the Pacific. The first aims to explore the state of marine fisheries in Indonesia. The second, structured as a special reporting assignment, looks at locally managed marine areas in Fiji.

In both places, fisheries are often poorly managed, leading to overexploitation and economic losses that especially affect small fishing communities. The reporting projects will investigate what’s driving overfishing and the potential for the improvement in management and policy. 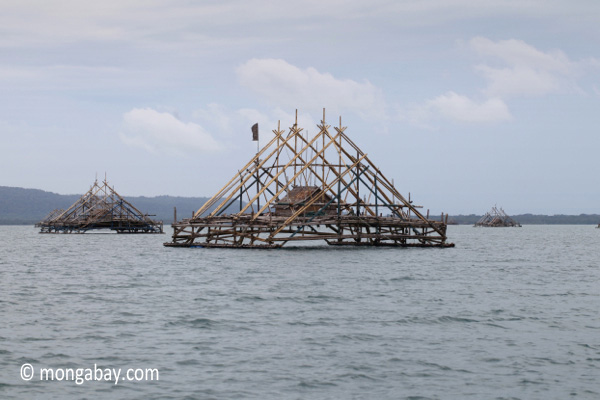 The winner of the Indonesia reporting project is Melati Kaye, who was selected by an independent panel of journalists, conservationists, and Indonesian fisheries experts.

Kaye’s SRI topic is entitled A Tale of Two Fish: Unsustainable Supply Chains in Indonesia. Indonesia’s vast coastline is home to some of the world’s richest coral diversity and two-thirds of the nation’s 200 million people, over half of whom rely on near-shore fisheries for income. Add to this, burgeoning global demand for seafood and the ability to deliver fresh fish to far-flung customers, and the outline of the opportunities and challenges facing stakeholders and policy-makers emerges. Melati plans to follow two fish — the 160-kilo reef-dwelling Napoleon Wrasse that can sell for hundreds of dollars in high-end East Asian markets and the tiny, fished by the ton, lemuru sardine, that ends up in pellets fed to farmed shrimp–from their Indonesian fishing grounds to the global marketplace as she fills in the details of these unsustainable supply chains.

An experienced environment reporter, Kaye has written about the effect of climate change on Indonesia’s sea gypsies and the 2008 collapse of the American West Coast salmon fishery. A graduate of Reed College in Oregon, Melati was an intern at National Public Radio and National Geographic, before striking out as a reporter in Alaska and, more recently, Indonesia. Melati’s work has appeared on Terra Informa Radio, Alaska Public Radio, ForestNews, Al Jazeera In Depth, and the Jakarta Post. 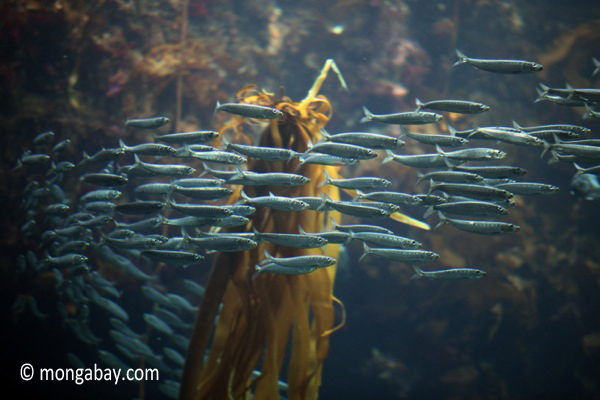 Marine biologist and science journalist Amy West was selected for the special reporting assignment on locally-managed coral reef fisheries in Fiji. Her project is titled Beneath the ripples of local fisheries management: Is this marine protection plan working for Fiji?.

Amy’s reporting will specifically explore how local Fijians are interacting with conservation NGO’s working to set up marine management plans. Her stories will convey the complexities of balancing traditional customs with sometimes conflicting conservation and economic goals.

Amy West is a freelance science writer and former marine biologist- with both careers taking her from pole to pole. After an aquaculture stint in Peace Corps and an MSc in marine science from New Zealand, she toiled aboard U.S. commercial fishing boats in the Bering Sea to enhance her understanding of global fishing practices. Her training in multimedia and writing from a graduate degree in science communication from UC Santa Cruz helped her produce science and technology pieces for public radio, write and photograph for a deep-sea research institute and Japanese university, and generate videos for the National Park Service and Wildlife Conservation Society in Fiji. She has written for Conservation Magazine, ScienceNOW, High Country News, and Mongabay.com, with articles appearing in Huffington Post and San Jose Mercury News.

Mongabay.org officially launched the Special Reporting program in late 2013. The initiative is structured as a competitive journalism prize that enables a reporter to do a series of in-depth articles on targeted environmental issues. The prize enables high-quality, detailed, and potentially investigative reporting on a subject that may be otherwise overlooked by the media.

The first recipient of this Mongabay Prize for Environmental Reporting was Wendee Nicole, who is just starting her project, which will explore the next big idea in rainforest conservation.

Mongabay.org has a list of SRI projects, including three that are currently accepting applications: policy fixes in marine fisheries management in relation to environmental protection, community forestry as a climate change solution, and cleaning up commodity supply chains. 2014 topics include the benefits of protected areas in the Amazon, the environmental impact of food insecurity and waste in Africa, and effectiveness of certification and commodity roundtables, among others. Interested parties can sign up for notification of new opportunities via the SRI newsletter.