“2013 adds to the evidence for ongoing climate change,” said Gavin Schmidt, a climatologist with NASA. “While one year or one season can be affected by random weather events, this analysis shows the necessity for continued, long-term monitoring.”

A new map released by NASA GISS shows that warming was particularly acute (as compared to average temperatures from 1951-1980) in the Arctic, Central Asia, Australia (which had its warmest year on record), and Brazil. Few regions were cooler than average, but parts of the Eastern U.S., coastal Antarctica, and the western Pacific were slightly cooler. Interestingly, much of U.S. was an exception last year for being relatively cool: it was the 42nd warmest year on record for the continental U.S.

Globally, the warmest years on record to date are 2010 and 2005, according to NASA. The Earth hasn’t experienced a below average year in almost forty years.

Burning fossil fuels for energy is the primary cause of ongoing climate change, compounded by deforestation and industrial agriculture. Scientists have long warned that the world will need to quickly wean itself off fossil fuels if we are to avoid catastrophic climate change, but governments continue to move slowly to address the crisis. 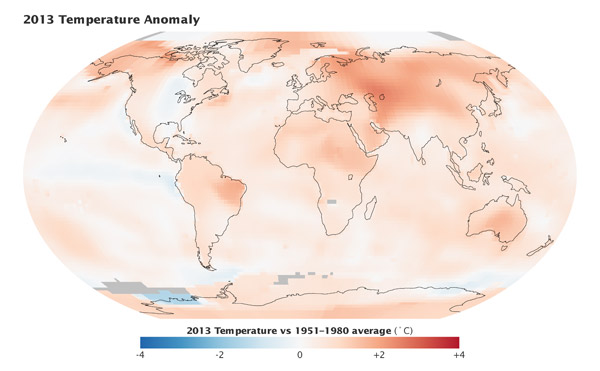 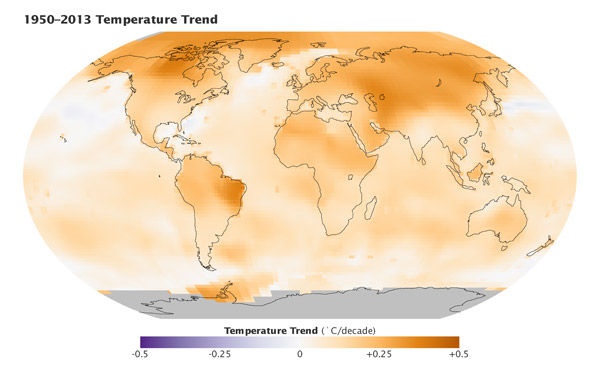