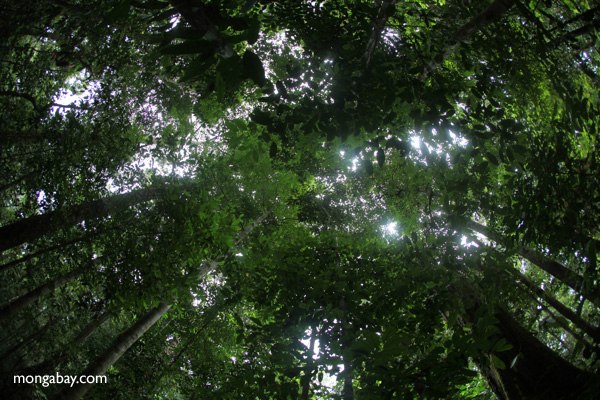 Asia Pulp & Paper (APP) will not convert any blocks of forest found to have high conservation value or substantial carbon stocks as it expands in Indonesian Borneo, according the forestry giant’s managing director of sustainability.

“Our Forest Conservation Policy applies to all of our suppliers in Indonesia, and covers all future expansion. This means that no plantation development will take place unless HCV and HCS assessments have first been carried out to identify natural forest and important habitat, which will then be protected,” Greenbury told mongabay.com.

“This applies to all of our suppliers’ concessions including those highlighted by the recent report.”

By Greenomics’ analysis, up to 60,000 hectares of old scrub and 10,000 ha of secondary forest may qualify as high carbon stock forest across the 155,000 ha of concessions. Under the high carbon stock assessment protocol for Indonesia, areas classified as “secondary forest” generally contain more than 35 tons of carbon, while “old scrub” is more variable and requires measurement. 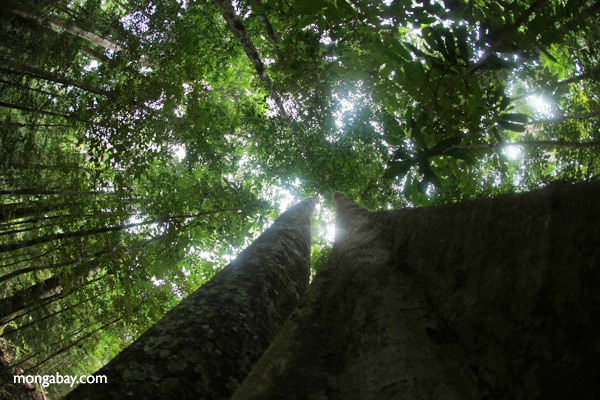 The policy was established in response to damaging campaigns by activist groups that accused APP of large-scale forest destruction in Sumatra over the past 30 years. APP’s main competitor, Asia Pacific Resources International Limited (APRIL), has yet to make a commitment to end conversion of natural forests for plantations and is therefore still a target of environmentalists, including Greenpeace, the Rainforest Action Network (RAN), and WWF.

Pulp and paper giant gets $1.8B loan from China for Indonesia’s largest mill

(10/11/2013) Asia Pulp & Paper (APP) secured a $1.8 billion loan from China Development Bank (CDB) to finance the development of what will be Indonesia’s large pulp mill, according to a statement released by the company.