Researchers returning from an expedition to a cloud forest in Colombia have released photos of the world’s most recently-discovered carnivore, the olinguito.

The olinguito (Bassaricyon neblina) made global headlines when scientists announced its discovery this past August. The find was notable because it was the first carnivore described in the Western Hemisphere since the 1970s.

Now the world’s fascination with the creature is leading biologists into the forests of Colombia and Ecuador to see whether the animals they used to know as olingos are actually olinguitos. The result has been a multitude of sightings, but perhaps none have been as adorable as the baby olinguito photographed last month by researchers surveying a forest restoration project in Colombia’s La Mesenia Reserve. 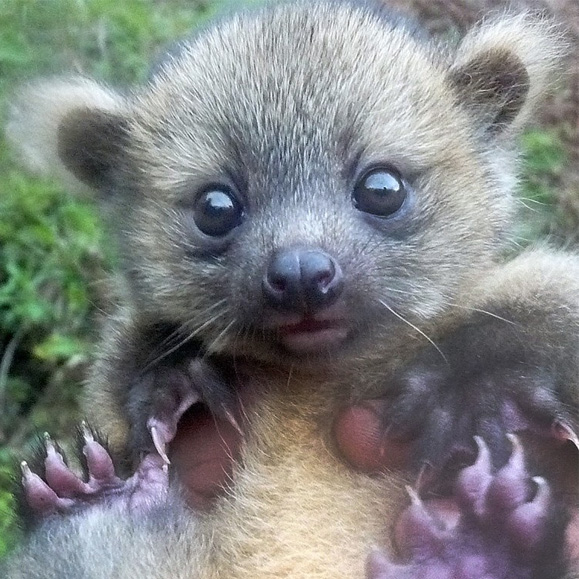 The discovery of the olinguito in La Mesenia may help catalyze broader conservation efforts, according to Roland Kays of the North Carolina Museum of Natural Sciences, which is working together with SavingSpecies, a U.S.-based conservation group, to protect and restore olinguito habitat.

“The discovery of the olinguito in these forests highlights how important they are to global conservation, and makes me wonder how many more secrets they are holding,” Kays told mongabay.com via email. “Money raised to buy and protect even one more acre of forest is a gift to the olinguitos, and all the other cloud forest creatures, known and unknown.”

The Andean cloud forest that the olinguito calls home is one of the most biodiverse regions in the world, with high levels of endemic species. However, efforts to preserve these forests have often been overshadowed by conservation programs in the much-larger Amazon rainforest. Accordingly, Stuart Pimm, a Duke University biologist who is also the founder of SavingSpecies, says the olinguito has now become a flagship species for conservation of an otherwise little-appreciated ecosystem.

“The discovery of the olinguito in our project area in Colombia vindicates the methods we use in our scientific approach to conservation,” Pimm said. “Identifying and protecting the most species-rich areas casts a conservation net that saves species that we might not even know exist, like the olinguito. We’re delighted that this species is such an excellent ambassador for conservation of the fragile and biologically diverse cloud forests where the olinguito makes its home.”