by Natalie Millar on 3 September 2013

The Blakiston fish owl (Bubo Blakistoni) is the world’s largest – and one of the rarest – owl species, with an impressive 6 foot (2 meter) wingspan. The giant owl, found exclusively in northeast Asia, shares its habitat with a menagerie of endangered and impressive animals, including Amur tigers, Amur leopards, Asiatic black bears and wild boars. Now, a recent study in Oryx, led by the Wildlife Conservation Society (WCS) has discovered that these owls rely on threatened old trees for nesting and foraging sites.

In Primorye, Russia, a research team headed by Jonathan Slaght with the WCS and the University of Minnesota, looked at 20,213 square kilometers of forest and found that owl nesting sites are usually within old, large trees – such as Japanese poplars, chosenia and cork bark elms. The nesting sites are all located along streams – which are also the habitat for the owl’s primary food source, salmon. This means Blakiston’s fish owl is entirely dependent on riparian forests, which refers to the banks along a water source or the interface between water and land.

The nesting trees have to be large enough to accommodate the huge size of these owls, with the diameters at breast height ranging between 74 centimeters to 150 centimeters. The size of the tree is an important factor in determining a nest site, but the owls also seem to favor trees that show some signs of deterioration – particularly ones that may be dying or already dead. These trees, known as “snags” are ideal for nesting as they usually have cavities forming within the bole that can accommodate an owl nest. Although nests were found in the side cavities of trees, the owls appear to prefer broken top cavities, which better complement their bulk.

An intact riparian forest doesn’t just provide prime nesting site, but also enhances the owl’s prey when large, old trees fall into the water. Researchers found that the presence of tree trunks in the water was strongly correlated with owl hunting. The scientists further suspected that this was related to salmon abundance as the added obstacles affect the “stream-channel complexity” – combining areas of slow-moving backwaters and fast moving channels to suit different life stages of the salmon. Some streams also had warm springs, which attract salmon during the winter months, providing a food source for the fish owls when it may otherwise be scarce.

However, the owl’s habitat requirements make them extremely susceptible to extinction: the IUCN Red List currently classifies the species as Endangered. Not surprisingly, the logging industry represents one of the main threats to their numbers. Logging is a significant contributor to the local economy and, as such, is unlikely to be eliminated from the area, but the high levels of extraction are threatening the fish owl and many other species in the region. The loss of older trees, especially, limits the availability of fish owl nesting sites and decreases the amount of downed trees needed to create prime foraging areas. Roads for the logging industry are also posing another challenge.

“When a logging road is built, the first thing this does is provide access to a part of the forest and the river that was previously inaccessible. This attracts poachers, who harvest unsustainable amounts of salmon, shoot deer, tigers and sometimes fish owls,” lead author of the paper Jonathan Slaght told mongabay.com.

The logging industry also uses many dead or dying trees to create temporary bridges to carry across commercial logs, essentially robbing the fish owls of nesting sites. In addition, logging roads cause erosion when built too close to the waterways, affecting the health of the stream and making it less suitable for salmon, which in turn hurts the giant owls.

Loss of habitat and food are not the only threat to this species. Jonathan Slaght said that the owls are also “vulnerable because they have an extremely low reproductive rate. In Russia, they only breed once every two years, and typically raise only one chick.”

In comparison to most other bird species, a young Blakiston’s fish owl will remain with its parents for over a year before heading out on its own and doesn’t reach sexual maturity until the age of three years old.

“It basically takes four years for a single bird to be added to the breeding population” says Slaght.

The owls are also very territorial and if a mate dies, it may be a long time before a new potential mate appears in the area.

“Even years before the surviving member of the pair breeds again… losing even one breeding owl is devastating to local populations,” Slaght notes.

WCS is now working with the logging industry to alter forest management practices near rivers in a bid to preserve the fish owls. Jonathan Slaght also believes that a “great way to conserve fish owl numbers is to try to contain some of the salmon poaching that occurs, in order to keep prey numbers high for fish owls.” 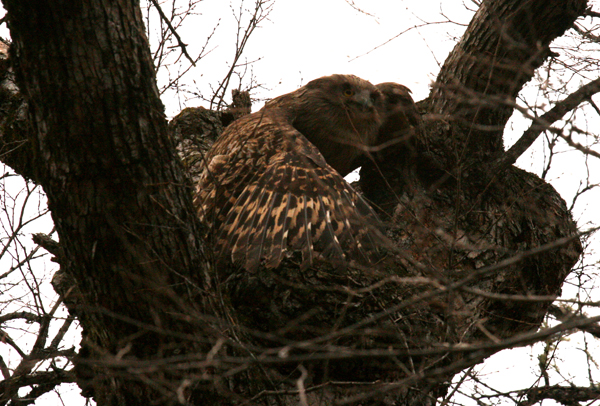 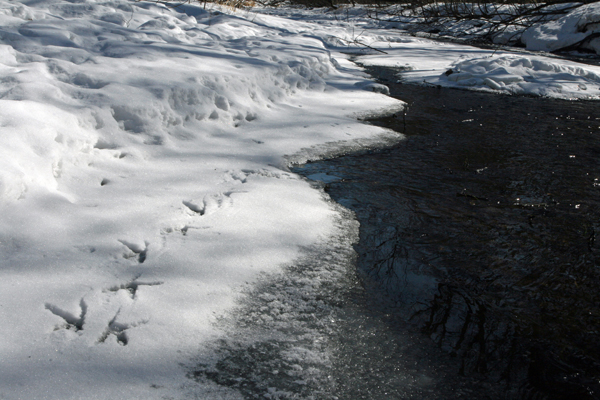 Tracks in the snow in Primorye, Russia, reveal that a Blakiston’s fish owl hunted here the night before. Photograph © Jonathan Slaght, WCS Russia 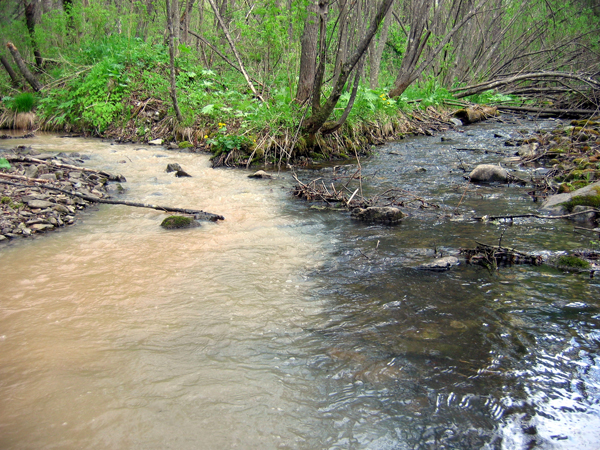 Muddy runoff from a logging road built too close to a tributary of the Maksimovka River in Primorye, Russia, degrades habitat for salmon and, by extension, Blakiston’s fish owls. Photograph © Jonathan Slaght, WCS Russia