A fungal outbreak in the eastern and Midwestern United States is infecting some populations of wild snakes. Snake Fungal Disease (SFD), a fungal dermatitis consistently associated with the fungus Ophidiomyces ophiodiicola, is showing recent spikes in occurrence according to the U.S. Geological Survey’s National Wildlife Health Center (NWHC) and other diagnostic laboratories.

So far, the diseased snakes submitted by Wildlife Monitors to the NWHC are attributed to wild populations from nine states, including Florida, Massachusetts, New York, New Jersey, Tennessee, Illinois, Minnesota, Ohio, and Wisconsin. 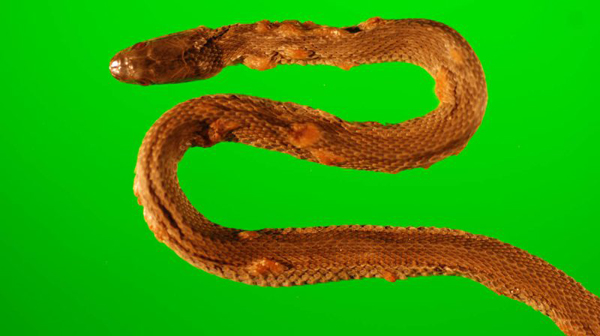 The snakes share common clinical symptoms of snake fungal disease such as scabbed scales, opaque cloudiness of the eyes, thickening and crusting of the skin, and swelling of the face. Other symptoms including skin ulcers and lesions have also been documented. The severity of clinical signs may vary from snake to snake and specific criteria to determine the influence of this disease has yet to be established by scientists.

Research involving SFD, however, suggests that human activity significantly influences the result of the disease’s emergence by transporting the disease to unaffected areas, much like fungal diseases that have devastated amphibian and bat population recently.

“The main way that humans facilitate the emergence of novel pathogens in wildlife is by transporting disease agents to new areas,” says Dr. Jeff Lorch, Research Associate for the Department of Pathobiological Sciences and School of Veterinary Medicine at the University of Wisconsin-Madison. “In their native range, these pathogens may not cause significant disease because the host and pathogen have evolved alongside each other. In other words, the host often has some sort of resistance that may prevent the pathogen from causing severe disease.”

This is similar to the Columbian Exchange; the 1492 event brought upon by Christopher Columbus when he and his small army of voyaging Spanish conquistadors landed in what is now the Americas. The Spanish and the natives not only exchanged cultural ideas, animals, and plants, but the contact created widespread infectious diseases ultimately killing off huge populations of humans. 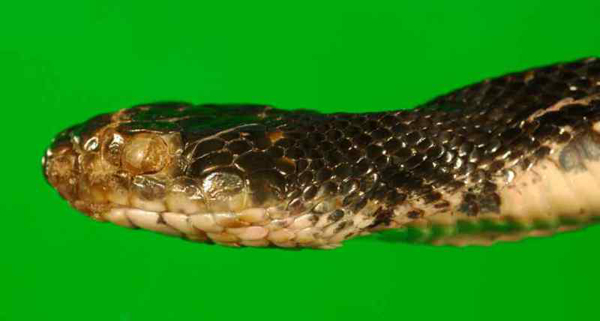 While conducting research on SFD in collaboration with the U.S. Geological Survey – National Wildlife Health Center, Lorch explains that “these naive hosts may lack any sort of defense against the pathogen and thus can be highly susceptible to infection and/or exhibit higher mortality rates in response to infection.”

In addition, this may not be the only human influence on snake populations. Environmental manipulation, land development, and climate change can influence the spread of a disease as well.

“Climate change is allowing many pathogens to expand their range into areas where they did not previously occur and influencing the behavior and health of wildlife which, in turn, impacts disease transmission and susceptibility to disease,” Lorch says.

Although research has made a considerable impact on the study of SFD and disease transferring, scientists are currently working diligently to confirm whether the fungus O. ophiodiicola is the true cause of SFD in wild snakes.

“Once we know this, we can look more closely at the causative agent and hopefully get a better idea of where it came from (native versus exotic),” explained Lorch in to mongabay.com. Furthermore, according to the NWHC, it is suspected that SFD is more widespread in the United States than is currently documented. Several agencies are working together to further investigate this threat to global diversity.

“My goal in working in this field is to better understand the factors that influence disease emergence and how we can mitigate the negative impacts that diseases have on wildlife populations,” says Lorch, adding that, “I would recommend that individuals working with reptiles take every precaution to prevent disease transmission. Best general practices would include disinfecting hands, working surfaces, and equipment used to handle wild snakes before and after each individual, never expose wild snakes to captive snakes (or equipment, husbandry materials, etc. that may have come into contact with captive snakes), and never release a captive animal into the wild without consulting your state wildlife agency.”

(09/02/2013) In a world first, scientists have captured images and video of a boa constrictor attacking and devouring whole a femle howler monkey, one of the largest new world primates weighing in at around 4 kilograms (8.8 pounds). The rare predation event was recorded in a tiny forest fragment (2.5 hectares) in the Brazilian state of Rondonia by Erika Patricia Quintino, a PhD student at the Pontifical Catholic University of Rio Grande do Sul.

Snake pictures celebrating the Year of the Snake