Last week U.S. scientists with the biotech company, Sanaria, announced a possible breakthrough on an experimental malaria vaccine: an early trial led to a success rate of 80 percent for the two highest doses. Malaria remains one of the world’s worst scourges. In 2010, the World Health Organization reported 219 million documented cases of malaria (millions more likely went undocumented) and estimated that between 660,000 and 1.2 million died of the disease, mostly children in Africa, that year alone. Mortality is not the only impact of the disease, however: experts have long noted circular links between malaria, poverty, and stalled development.

The new vaccine, known as PfSPZ, was created by using live malaria parasites (Plasmodium falciparum) that have been weakened by radiation. Although mosquitoes carry malaria, it’s actually the parasites inside the mosquitoes that cause the disease. Scientists have long known that repeated exposure to malaria could eventually lead to immunity, however the exposure threshold is extremely high. Experts estimate that one would need to be bit by 1,000 parasite-carrying mosquitoes in order to develop immunity.

Sanaria worked with 57 volunteers on the trial, known of whom had previously contracted malaria. For those given four injections of the new vaccine, two-thirds became immune. However, for all of those given five doses achieved immunity. Still, the trial was small: only nine volunteers were given four doses and only six volunteers, five doses.

“They are clearly very early stage trials in small numbers of volunteers, but without question we are extremely encouraged by the results,” Ashley Birkett, from the Path Malaria Vaccine Initiative, told the BBC.

A number of hurdles remain for scaling up the vaccines, however. The vaccine currently requires mosquito dissectors, who have to manually remove parasites. Furthermore, a vaccine that require five doses and must be injected into the vein means high expense and practicality issues, especially for the people most prone to malaria: the rural poor.

However, experts are confident that many of these hurdles can be overcome, either through further work on PfSPZ or other malaria vaccines under development.

Some experts believe that malaria has killed more people in history than any other disease. According to the WHO, malaria kills a child in Africa every minute. 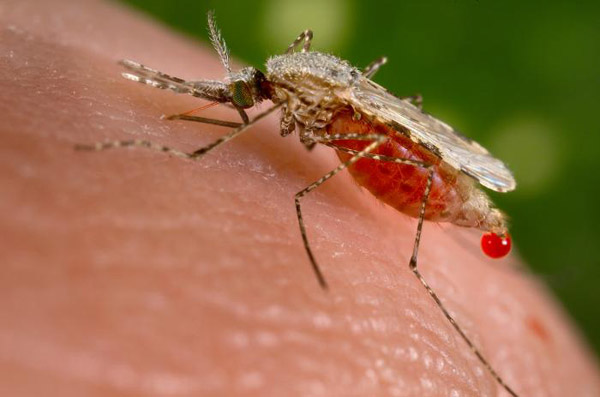 (11/19/2012) Malaria parasites can stow away silently in a person’s bloodstream. Without any symptoms to betray them, their human host can unwittingly transport the parasites hundreds or thousands of miles. Tracking them has been nearly impossible, especially in poor countries. Now, researchers have harnessed a new tool: the burgeoning number of cell phone users in Africa, which help trace how malaria spreads.

Aloha, and welcome to the planet’s extinction capital

(11/07/2011) Hawaii evokes images of a tropical paradise where fragrant flowers, vivid colors, exotic plants, birds, and
fish abound. Unfortunately, much of Hawaii’s original native flora and fauna has disappeared since the
arrival of Europeans in the 18th Century. Hawaii now has the dubious distinction as having become the
planet’s extinction capital, having lost more than 55 endemic species (mostly native forest birds) which
account for nearly one third of recorded of bird extinctions since the 1700s.

(10/31/2011) What’s the world’s scariest species? Runner-up would likely be the mosquito species that transmit malaria. Nearly a million people die from malaria annually, making up some 2.23 percent of deaths worldwide.

(07/31/2011) In 2009, 781,000 people died of malaria worldwide and nearly a quarter billion people contracted the mosquito-bourne disease, according to the World Health Organization (WHO). While the impacts of malaria on people—among the world’s worst diseases—have long been researched, a new study in Biological Conservation finds that malaria has a significant indirect impact on protected species. Many species contract various malaria strains, but the study also found that malaria in humans has the potential to leave endangered species unprotected.

(06/16/2010) A new study shows that deforestation in the Amazon helps spread disease by creating an optimal environment for malaria-carrying mosquitoes. The study, published in the online issue of the CDC journal Emerging Infectious Diseases, found that clearing forests in the Brazilian Amazon raised incidences of malaria by almost 50 percent.

(02/05/2009) Isolongifolenone, a natural compound found in the Tauroniro tree (Humiria balsamifera) of South America, has been identified as an effective deterrent of mosquitoes and ticks, report researchers writing in the latest issue of Journal of Medical Entomology.

(02/25/2008) Researchers have developed a spatial distribution map for malaria. The results are published in Public Library of Science (PLoS) Medicine.