Less than two months after its implementation, two Asia Pulp & Paper (APP) suppliers in Indonesian Borneo have been accused of violating the company’s new sustainability policy, which includes a zero deforestation commitment throughout its entire supply chain.

A coalition of NGOs in Indonesia’s West Kalimantan province said in a press conference on Monday that two independent suppliers of APP – PT Asia Tani Persada (ATP) and PT Daya Tani Kalbar (DTK) – have continued to cut down natural forests, clear land and dig canals in peatlands in the province, even after the new policy was announced on Feb. 5.

“The activities of the two independent supplier companies of APP are in clear violation of their commitment to APP’s forest conservation policy,” said Baruni Hendri, a spokesman for the coalition, known as the Kalimantan Forest Monitoring Volunteers (RPHK).

The group monitored three APP supplier companies in West Kalimantan earlier this month and found evidence that two companies were continuing to clear forests and open new canals in peatlands, activities that should have been phased out by Jan. 31. Monitors also found heavy equipment operating in the companies’ concession areas and took video and photographs of land clearing and canal digging activities in the concessions.

“We are concerned to see that heavy equipment is still being used to cut down natural forests, dig canals in peatlands, and clear land in two supplier concessions of APP,” Baruni said. “Our findings show the lack of seriousness with which APP is implementing its forest conservation policy.”

RPHK urged global pulp and paper buyers to remain skeptical of the new policy until independent NGOs could verify that activities on the ground were indeed in line with policy changes. 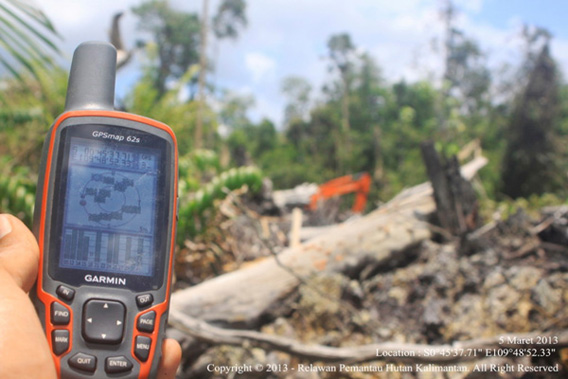 Anton P. Wijaya, the executive director of Walhi West Kalimantan, said that the continued deforestation and opening of canals on peatlands by APP suppliers without undergoing high conservation value (HCV) or high carbon stock (HCS) assessments is a bad sign, “particularly regarding the implementation of APP’s commitment to conservation, which has already been broadcast throughout the world.” He adding that RPHK would continue to closely monitor the activities of APP in the field and would bring any new developments to the public.

For its part, APP responded quickly to the allegations, telling Mongabay.com that it will send an inspection team to the site. APP said it “received confirmation from both ATP and DTK that they are not in breach of our Forest Conservation Policy,” according to Aida Greenbury, Asia Pulp and Paper’s Managing Director for Sustainability.

“APP and The Forest Trust will send a team to verify the report by RPHK and the coordinates provided in the field and will report the findings as soon as possible,” she said, adding that the paper giant was looking into a possibility of overlapping licenses between ATP and mining company Karya Utama Tambang Jaya and DTK and palm oil company Gerbang Benua Raya.

Greenpeace, which suspended its campaign against APP during the implementation phase of its Forest Conservation Policy, said it is monitoring the situation.

“If [the overlap of licenses/concessions claim] is accurate they should make it pretty clear to authorities that changes are needed to sort these issues out,” a Greenpeace representative told Mongabay. 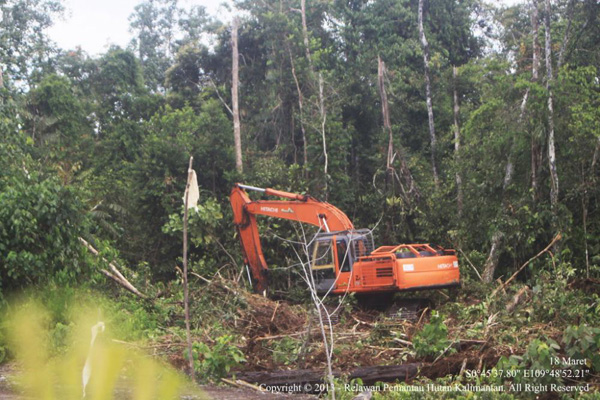 The RPHK report came several days after The Forest Trust (TFT) released its first update on the progress of APP’s new policy and no deforestation commitment. TFT reported that the moratorium on forest clearance is holding and said that APP and TFT had engaged in a series of discussions with local civil society representatives throughout Indonesia to discuss the new policy and the monitoring process. The report also said that high conservation assessments are currently underway for 38 APP suppliers and that the company has set up a complaints process.

TFT said it will release monthly progress reports on the implementation of the APP policy, in order to allay fears among some environmental groups that the company will not fully respect its commitment and to help APP achieve its goal to eliminate rainforest and peatland destruction in its supply chain. 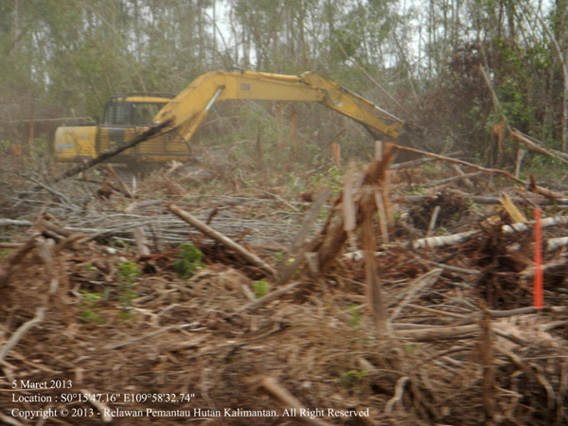 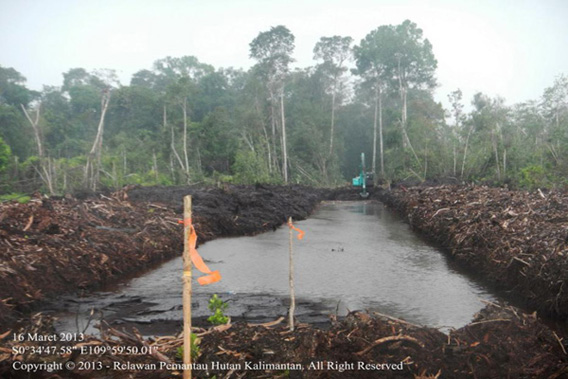 With additional reporting by Rhett A. Butler.