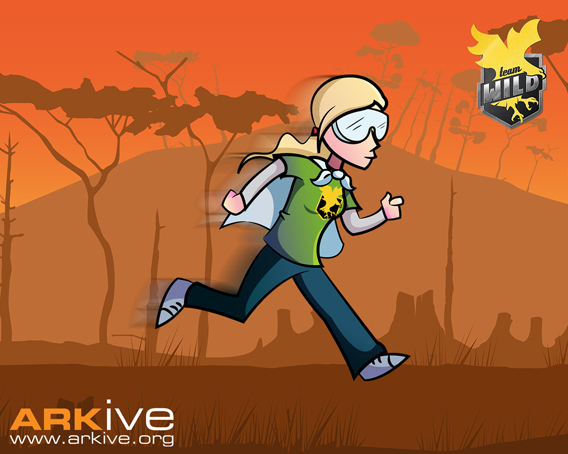 Count coral in the Chagos Archipelago, save amphibians from the deadly chytrid fungus, replant trees in the Atlantic Forest, and count predators and prey in the African Savannah—a new free online game by Wildscreen, dubbed Team WILD, allows young players to learn about science and conservation while moving fast-paced through different ecosystems. Wildscreen is a conservation charity devoted to using imagery to raise awareness and protect wildlife.

“We are always exploring new and innovative ways of reaching wider audiences, and Team WILD does just that—highlighting some of the lesser-known science careers and inspiring the next generation of science superheroes and environmental stewards,” explains Richard Edwards, Chief Executive of Wildscreen. “The game also celebrates the real conservation heroes—the scientists, researchers and conservationists working on the ground to protect the world’s species and habitats.”

Wildscreen is also the creator of ARKive, which collects photos and video of the world’s wildlife.

(10/03/2012) The average gamer will spend thousands of hours playing video games by the time they reach adulthood, but the most popular games among some demographics — shoot-em-up and sports games — don’t seem to offer many dividends to society or the environment. However Jan Dwire doesn’t believe that has to be the case. With a small team in Costa Rica, Dwire has developed “Rainforest Rangers”, a multi-platform game that teaches kids about rainforests, including their importance and the threats they face.