Cute animal picture of the day: baby walruses on the mend 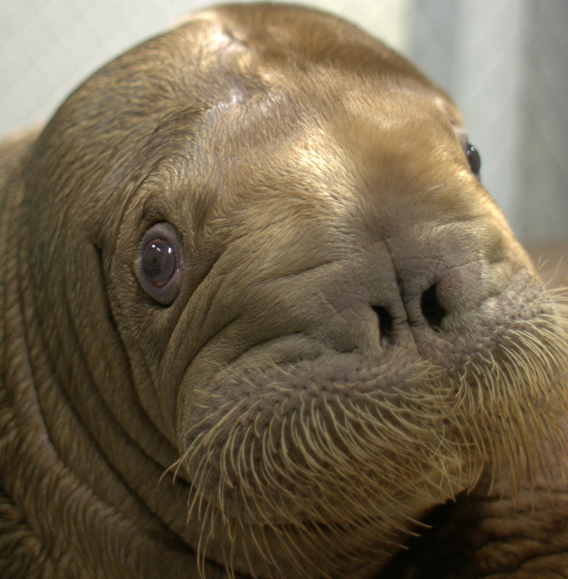 Mitik, an orphaned male, will soon make his way from Alaska to New York City. Mitik is still having health problems. Photo courtesy of the Wildlife Conservation Society.

Two walrus male calves were discovered over the summer near Barrow, Alaska, dehydrated and ill, after their separate mothers perished. The calves have been receiving care at the Alaska SeaLife Center, but one will soon be moved to the Wildlife Conservation Society’s (WCS) New York Aquarium and the other to the Indianapolis Zoo.

Found in the Arctic, walrus are the only species in the Odobenidae family. Despite being an easily recognizable big mammal, walrus are currently listed as Data Deficient by the IUCN Red List due to lack of research on how populations are coping with the rapid changes wrought by climate change. Some walrus populations depend on vanishing sea ice for food and birthing, and there is evidence that two of the three subspecies may be in decline, but more research is needed.

Some indigenous populations in the Arctic heavily depend on walrus for subsistence. 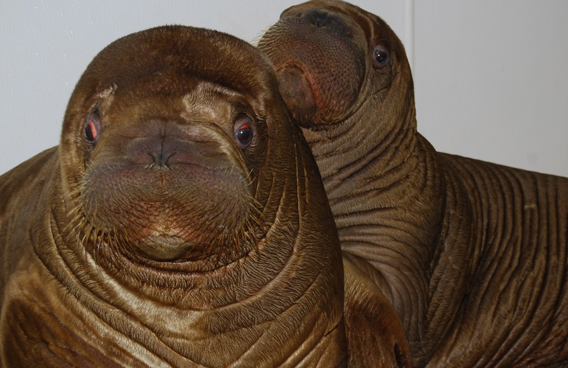 Mitik right and Patak left. Patak will soon be moving to Indianapolis. Photo courtesy of the Wildlife Conservation Society.