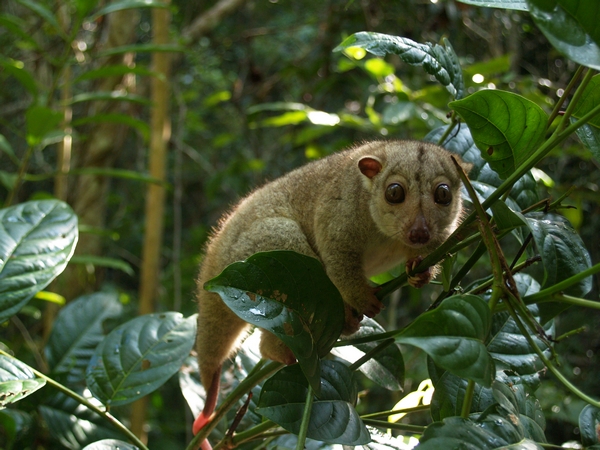 How do indigenous communities hunt without pushing target species to local extinction? In other words, how have communities retained sustainable practices over countless generations? One answer is given in a new study by the Center for International Forestry Research (CIFOR) and the Center for International Research in Agronomy and Development (CIRAD): supernatural beliefs. Looking at a community of indigenous people on the Indonesian island of Seram, researchers found that supernatural beliefs ensured animals never vanished for good.

“The fact is that for many communities, supernatural agencies are realities,” explains Masatoshi Sasaoka, a post doctoral fellow with CIFOR, in a press release.

The people of Seram’s diet is largely made up of sago, but for protein they hunt mostly northern common cuscus (Phalanger orientalis), but also timor deer (Cervus timorensis), Celebes warty pig (Sus celebensis), and a number of bird species. In order to keep track of hunting rights, the village of around three hundred people has divided their forest into over 250 lots. When a lot is hunted out they impose seli kaitahu or a moratorium on hunting in the lot to allow wildlife populations to bounce back. The moratorium is enforced not by park rangers or police officers, but by forest spirits. Any person who hunts in a lot under seli kaitahu faces punishment from supernatural forces. The fear of breaking seli kaitahu is upheld by stories of people who have ignored the moratorium and ended up paying for it, sometimes with their lives. The researchers retell a particularly graphic story wherein a hunter is killed by a falling tree for having broken seli kaitahu. This also ensures concord in the community, since punishment is not exacted by other community members, but by forces beyond them.

Notably at the time of their study 203 lots, or over 70 percent, were protected under seli kaitahu. Only forty lots were open to hunting.

There have been numerous other studies showing that supernatural beliefs of indigenous communities often rein-in resource use. Research in Guyana has found that hunters avoid potent spiritual sites, creating refuges for animals. In the Cote d’Ivoire some communities refrain from hunting or fishing on Wednesdays, which has become a day for the “spirits and other inhabitants” of the forest,” according to the authors of research published in mongabay.com’s Tropical Conservation Science.

“Despite the evidence of their importance,” says Sasaoka, “supernatural beliefs of indigenous peoples continue to be regarded as ‘unscientific’ and ignored by agencies like NGOs and governments who seek to develop ‘self-directed’ indigenous resource management strategies with communities.”

The researchers recommend a new model for resource management that works with such beliefs, not against them. Eroding such beliefs often comes at the price of local wildlife and the people who depend on them.

The other side of the Penan story: threatened tribe embraces tourism, reforestation

(12/19/2011) News about the Penan people is usually bleak. Once nomadic hunter-gatherers of the Malaysian state of Sarawak on Borneo, the indigenous Penan have suffered decades of widespread destruction of their forests and an erosion of their traditional culture. Logging companies, plantation developments, massive dams, and an ambivalent government have all played a role in decimating the Penan, who have from time-to-time stood up to loggers through blockades, but have not been successful in securing recognition of legal rights to their traditional lands. Yet even as the Penan people struggle against the destruction of their homelands, they are not standing still. Several Penan villages have recently begun a large-scale reforestation program, a community tourism venture, and proclaimed their a portion of their lands a “Peace Park.”