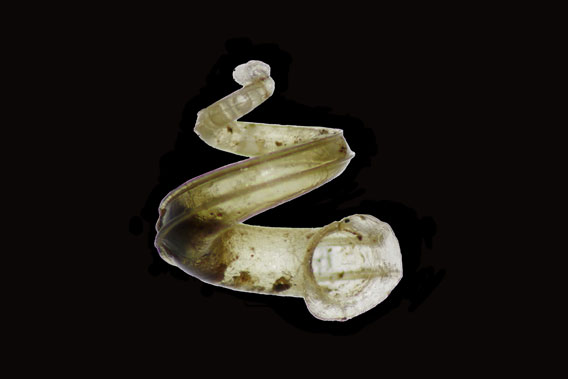 A new species of snail with a bizarre shell has surprised scientists. Discovered near massive waterfalls in pristine lowland rainforest in New Guinea, the tiny new species’ shell is shaped like a cornucopia, spirals flying freely instead of fused together like most shells.

Latvian malacologist (one who studies molluscs) Kristine Greke, who described the new species, named it Ditropopsis mirabilis, meaning miraculous or extraordinary. To date, scientists are uncertain why the super small snail—2 to 6 millimeters (0.07 to 0.23 inches)—would have evolved such a strange shell.

Greke also discovered two other new snails in the same genus, all of which are published in the book Biodiversity, Biogeography and Nature Conservation in Wallacea and New Guinea. Nearly all snails in the Ditropopsis genus in the region are found no-where else and survive in very small ranges.

According to entomologist Dr. Dmitry Telnov, Greke is “almost the only person nowadays working on taxonomy, biogeography and ecology of Wallacean and Papuan non-marine mollusks.”

Ditropopsis mirabilis was found in the forests’ leaf litter near the Sakartemen waterfalls in Indonesian Papua. Though little-known to rest of the world, the three falls—named child, woman, and man in Indonesian—are so large they can be seen from an airplane. 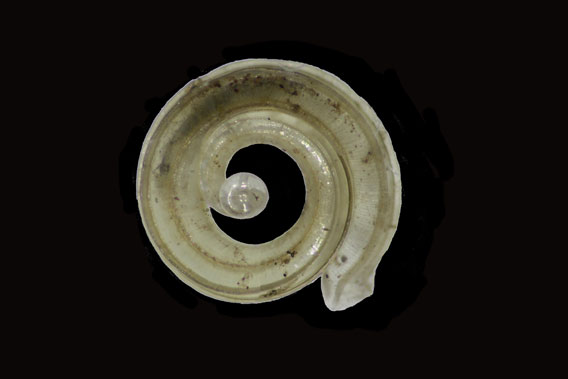 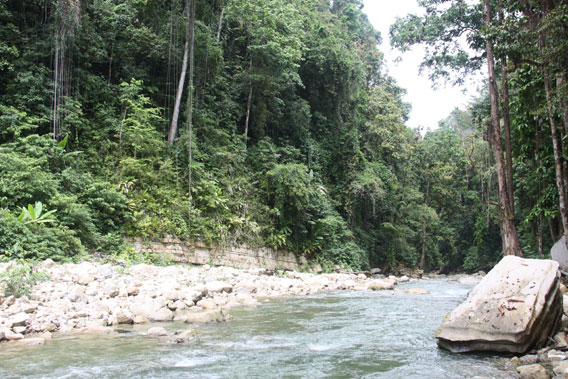 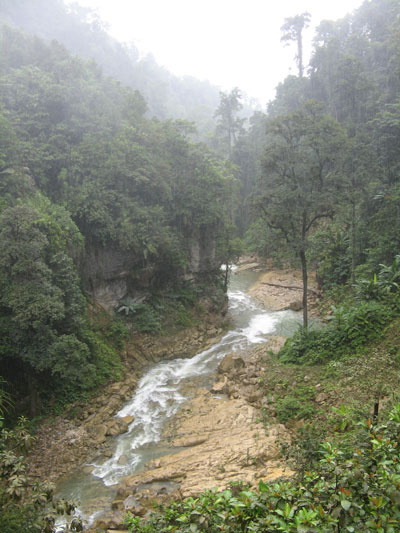 The Sakartemen River. Photo by: M.Kalnins (the Entomological Society of Latvia). 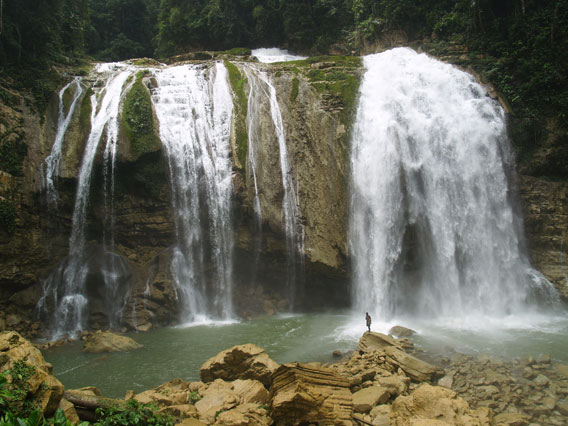 The Sakartemen falls, person at bottom-center for size comparison. Photo by: M.Kalnins (the Entomological Society of Latvia). 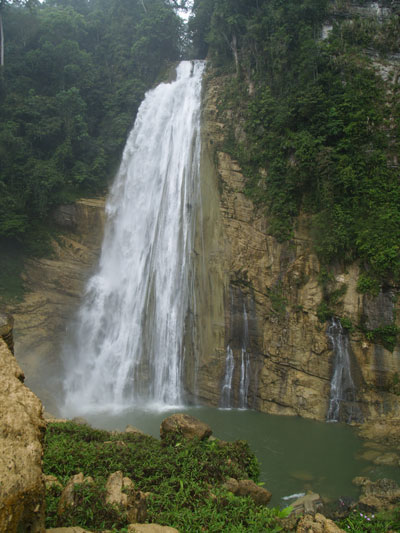 The Sakartemen falls. Photo by: M.Kalnins (the Entomological Society of Latvia).

(10/23/2011) Imagine a one-celled organism the size of a mango. It’s not science fiction, but fact: scientists have cataloged dozens of giant one-celled creatures, around 4 inches (10 centimeters), in the deep abysses of the world’s oceans. But recent exploration of the Mariana Trench has uncovered the deepest record yet of the one-celled behemoths, known as xenophyophores.