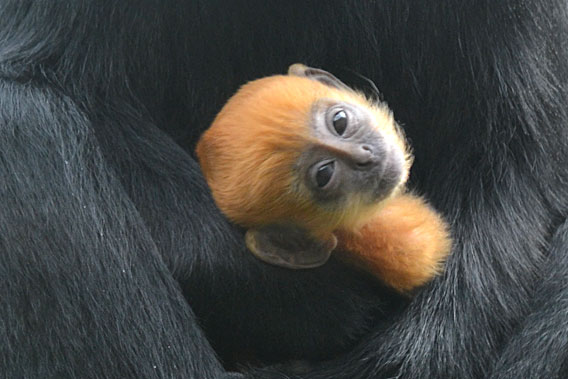 Baby Francois langur looking at the world at the London zoo. Photo courtesy of ZSL.

One of the world’s most endangered primates recently gave birth to an orange-haired baby at the Zoological Society of London (ZSL) Zoo in London. It’s the mother Francois langur (Trachypithecus francoisi)’s first birth. The fire-orange hair of the baby is typical of this species and will only last around six months.

Found in China and Vietnam, the Francois langur is not only one of the world’s most endangered monkeys, but one of the least-studied. In all, researchers estimate around 2,000 individuals survive today. It is listed as Endangered by the IUCN Red List.

Hunting for traditional medicine has decimated the primate. In China the animals are ground up into ‘black ape wine’, an illegal substance. Past reports have found over a thousand Francois langur killed in a single year. In addition to hunting, deforestation and mining is pushing populations into smaller and smaller pockets. 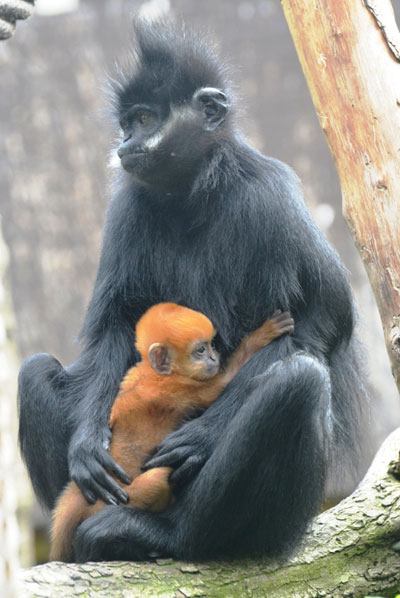 Mom and baby Francois langur at the London zoo. Photo courtesy of ZSL. 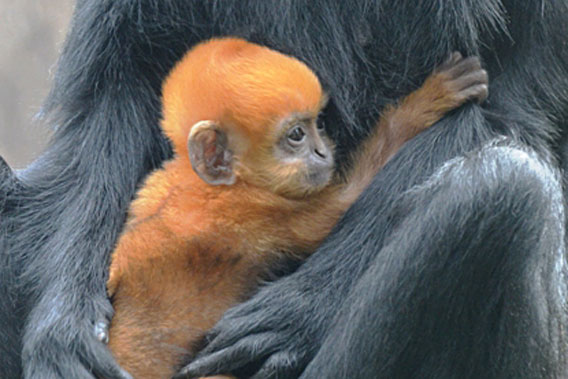 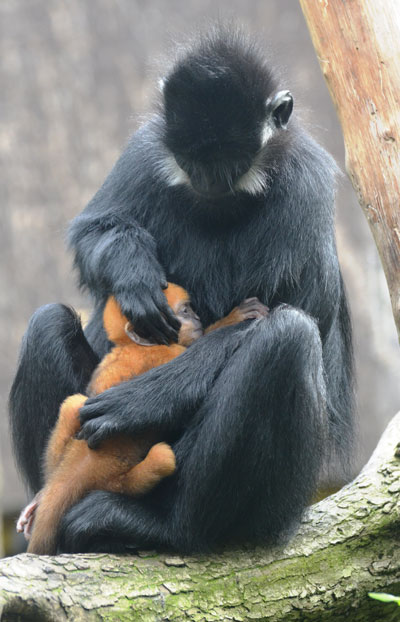