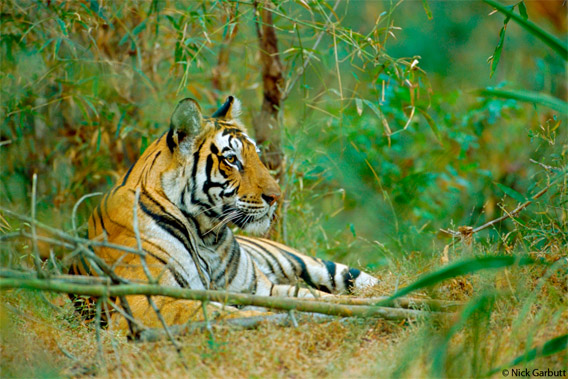 We are losing the tiger. Two hundred years ago, Asia’s great cat numbered in the hundreds of thousands and inhabited virtually the entire continent,
from Siberia to Turkey, and Afghanistan to Bali. Today there are, at best, around 3,200 wild tigers left. The tiger is extinct in at least 14
countries and hangs on in only 7% of the habitat it once occupied – tiny, mostly isolated fragments in what was once an ocean of forest. Three
sub-species, from Bali, Java and Central Asia are lost forever, and a fourth, the South China tiger has not been recorded in the wild for over a
decade.

The reason, of course, is people. For centuries, we have killed tigers, hunted their prey and cleared their habitat. In India alone, an estimated
80,000 tigers were hunted under British Colonial rule between 1875 and 1925- a staggering 1,600 tigers each year. That’s almost exactly the entire
population of tigers in India today.

Thankfully, the excesses of British and Indian aristocracy blasting away at tigers from elephant-back will never be repeated. However, the species is
still hunted to this day. In fact, depending on the region, humans cause up to 83% of tiger deaths, mostly to feed a massive demand for tiger body
parts in China and Southeast Asia. There, tigers are consumed as a combined status symbol and ‘traditional remedy’ for everything from impotence to
arthritis.

There is nothing medicinal about tigers. Tiger parts and their derivatives, like popular tiger-bone wine, have as much medicinal value as eating beef.
It doesn’t matter that science can show this unequivocally; hundreds of millions of Chinese still believe in the tiger’s near supernatural powers, and
so tigers will continue to be killed. Attempts to close China’s massive, porous border to smugglers only scratches the surface and it will probably
take a generational turnover for the ‘old beliefs’ in China to be replaced by more enlightened attitudes. The simple truth is, if we are to save
tigers, we have to stop the killing.

This month, two of the most influential tiger conservation groups joined forces to do just that. My organization Panthera and the Save the Tiger Fund have teamed up to aim a blowtorch at the tiger-killing crisis. The combined effort and pooled funds will be a game changer for how tigers and their habitats are secured by applying successful models of tiger conservation to the heart of the issue, directly in the killing zones. And, yes, those models already exist. Our Tigers Forever program combines a singular focus on intensive, well-trained, well-funded and well-monitored enforcement – the boots on the ground patrolling key tiger areas- with meticulous vigilance on tigers and their prey. It is a simple, proven recipe for saving tigers; if we do a good job of protecting tigers and their prey at the site, the big cats
will do the rest. 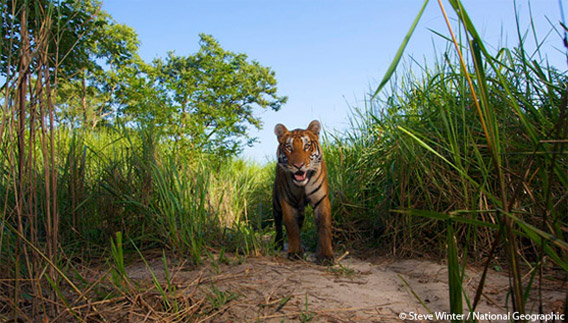 Save the Tiger Fund and Panthera agree that we cannot be distracted from this focus. There are many things that we could do, many things that
perhaps might help, but it is dangerous to say “we must try everything!” We know how to save tigers; the essential, missing piece is a hard-nosed focus
instead of plodding through the long shopping-list of activities that have been thrown at the problem for the last decade, and mostly failed. If every
dollar, every work-day, every commitment was steered towards protecting tigers from poaching in the wild, we would save the species. We hope the new
STF-Panthera union is the catalyst for this paradigm shift. If we want to save the tiger, we cannot afford the alternative. 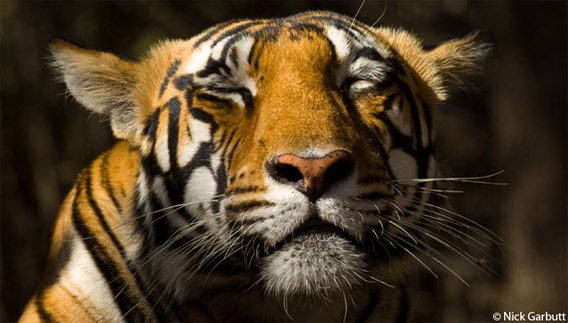 Dr. Luke Hunter serves as Panthera’s President where he oversees the direction and strategy of all of the organization’s global wild cat
conservation programs. Dr. Hunter has conducted fieldwork on large cats in Africa since 1992.

(11/18/2010) A recent interview with Kirsten Conrad on how legalizing the tiger trade could possibly save wild tigers sparked off some heated reactions, ranging from well-thought out to deeply emotional. While, we at mongabay.com were not at all surprised by this, we felt it was a good idea to allow a critic of tiger-farming and legalizing the trade to officially respond. The issue of tiger conservation is especially relevant as government officials from tiger range states and conservationists from around the world are arriving in St. Petersburg to attend next week’s World Bank ‘Tiger Summit’. The summit hopes to reach an agreement on a last-ditch effort to save the world’s largest cat from extinction.

(06/27/2010) The number of wild tigers has plummeted from 25,000-30,000 animals 50 years ago to around 3,200 today. A large part of the drop is from habitat loss and fragmentation. Tiger habitat has been reduced by 40 percent over the last decade, and tigers now occupy less than 7 percent of their historical range. Poaching has also contributed significantly to these dramatic population declines, particularly to supply parts for use in traditional medicine. In an interview with Laurel Neme, Grace Ge Gabriel, Asia Regional Director for the International Fund for Animal Welfare (IFAW), notes that, although the Chinese government has made significant efforts to reduce demand for tiger products by eliminating tiger bone from the official pharmacopeias, raising consumer awareness and identifying cheaper and more effective herbal alternatives to tiger bone for use in TCM, tiger farms threaten to reopen demand for tiger products by breeding tigers excessively, stockpiling tiger carcasses, and stoking demand by making and selling wine made from tiger bone.

The Critically Endangered South China Tiger Roars Again in 2010, the Chinese Year of the Tiger

(02/14/2010) Today marks the Chinese New Year for 2010, and the start of the traditional Year of the Tiger. The people of China might be celebrating future Years of the Tigers without their native and critically endangered South China Tiger (Panthera tigris amoyensis) if not for the efforts of Save China’s Tigers (SCT) a grassroots conservation effort headed by the charismatic Li Quan and her husband Stuart Bray. Both Ms Quan and Mr. Bray are former senior executives in international business circles. After leaving the corporate world, Ms Quan and Mr. Bray are now stepping up as champions for China’s natural environment, much of which has been lost in the Chinese march towards “The Four Modernizations.”

(04/20/2009) Deep in the rugged mountains of Nam Et-Phou Louey National Protected Area (NEPL) on the Laos–Vietnam border, men smoke cigarettes and talk in hushed voices as they tramp through the forest. Approaching a baited trap, they hear the frantic snarls of an ensnared tiger. The tiger hangs by its front foot, suspended by a cable attached to a tree. The men shoot and make quick work of the tiger, removing its bones but leaving some of its carcass, including parts of its pelt, behind. The real money is no longer in tiger skins, but bones: the 10 to 12 kilograms of bone harvested from the adult tiger will yield $12,000-$15,000 in a region where per capita income is around $400 a year. Though the authorities are able to trace the weapon shells back to their village and locals know of the hunters’ haul, two years later the evidence has not been enough to hold the men accountable for their crimes.

(05/21/2007) Big cats are some of Earth’s largest and most threatened predators. Long persecuted as perceived threats to livestock and humans, hunted for their skins and purported medicinal values, and losing critical habitat to deforestation and conversion for agriculture, big cat populations have dwindled around the world for the past century. Given these trends, it should come as no surprise that big cats have become the focus of conservation efforts. Not only are large predators often the most vulnerable to human pressures and the first to disappear from ecosystems, but efforts to conserve them effectively help protect thousands of other species that share their habitat. At the forefront of these efforts in Dr. Luke Hunter, a biologist with the Wildlife conservation Society (WCS) where he heads their Great Cats Program. In a May 2007 interview with mongabay.com, Hunter discussed strategies for conserving carnivores and offered insight for students interested in pursuing careers in conservation science.