Animal picture of the day: spectacular blue and turquoise beetle in New Guinea 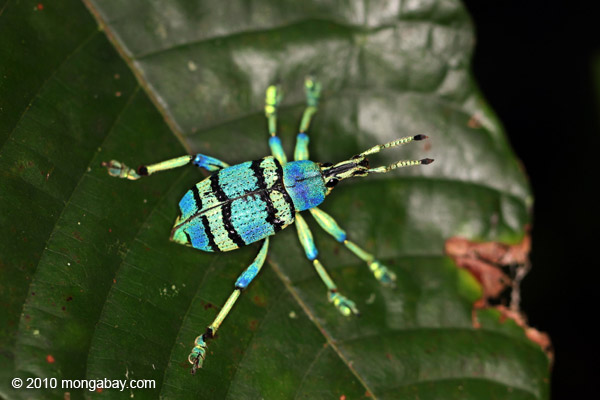 New Guinea is home to some of the world’s most unusually colored weevil species.

This particular species, Eupholus schoenherri, is very similar to a number of other species found on other parts of New Guinea and surrounding islands.

The coloration of weevils of the Eupholus genus serves as a warning to predators that they are foul-tasting. Eupholus weevils generally feed on yam leaves, which is the source of their mild toxicity.

More pictures of weevils from around the world.