On February 2nd, Conservation International (CI) released a list of the world’s top 10 most threatened forest hotspots. The original press release incorrectly named New Zealand as number two, when in fact it is the island of New Caledonia and the surrounding East Melanesian islands.

Down to only 5% of its original forest landscape, New Caledonia in the southeast Pacific ocean is famous for its endemic species, meaning found no-where else in the world. According to a 2009 study, the island of New Caledonia supports some of the world’s highest levels of endemic species, including five families of plants found no-where else on Earth.

The kagu (Rhynochetos jubatus), the only surviving member of the bird family Rhynochetidae, is probably the most well known of New Caledonia’s endemic birds. In addition, the New Caledonian crows (Corvus moneduloides) have become highly publicized due to their incredible use of tools. The islands are also home to one of the world’s largest geckos, the New Caledonian Giant Gecko (Rhacodactylus leachianus).

Yet, New Caledonia and the East Melanesian islands’ forests are almost gone. Nickel mining and deforestation have level much of the islands’ forests, while invasive species pose an additional threat to many of the areas endemics. A number of new Caledonian species have not been seen for a century. 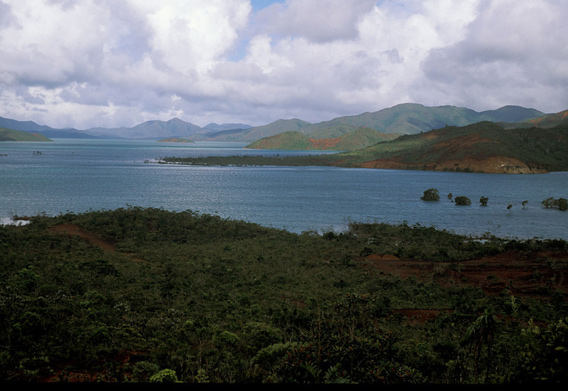 New Caledonia is one of the smallest hotspots in the world. Today, only five percent of its original habitat remains. Photo: © Conservation International/ Photo by Bruce Beehler. 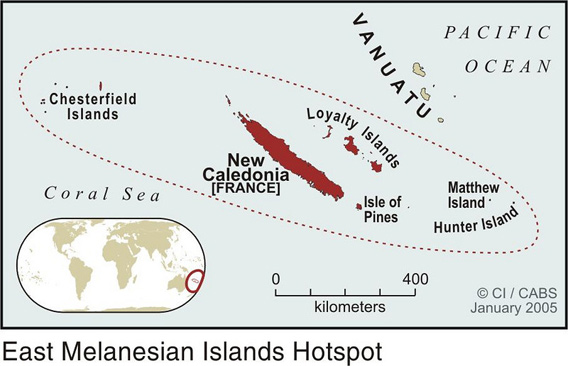 Protecting global biodiversity must include islands

(05/12/2009) If the world is to save biodiversity, islands are key, according to a new study in the Proceedings of the National Academy of Sciences. The study found that while islands have fewer overall species than continental areas of the same size, they have far more endemic species, i.e. animals and plants that can be found no-where else in the world.