Australia cracks down on illegal timber

by Morgan Erickson-Davis on 16 December 2010

The Australian government has announced the creation of new legislation which will put further restrictions on the import of foreign wood products in effort to halt the flow of illegally logged timber. Taking effect next year, the laws will require importers to disclose the sources of all timber products, even paper.

“Illegal logging is a major problem for many developing nations and directly threatens Australian timber jobs,” said Joe Ludwig, Minister for Agriculture, Fisheries, and Forestry. “Under the legislation, importers will now need to meet a due diligence test to ensure the timber they are sourcing has not been illegally logged.” 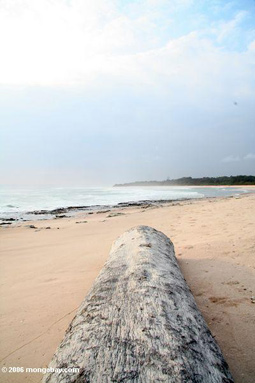 Illegal logging of Asia-Pacific forests has contributed to the decline of many ecosystems, prompting the addition of many species to the Convention on International Trade in Endangered Species register.The new legislation would include tests and strict monitoring procedures to ensure that all wood products brought into Australia came from legal locations, and would make the import of illegal timber a criminal offense. Anyone who knowingly imports illegally logged timber would face the revocation of their business license, fines, and possible incarceration.

Minister Ludwig said the legislation is one of many stringent efforts taken by the Australian government to combat illegal logging and is expected to save more than 3000 jobs in the country.

“The legislation will encourage investment in the Australian timber industry and give consumers and businesses greater certainty about the timber products they buy,” Minister Ludwig said. “This initiative will complement a global effort being championed by Australia, the United States and the European Union, to combat illegal logging and demand importers disclose the legal origins of their wood.”