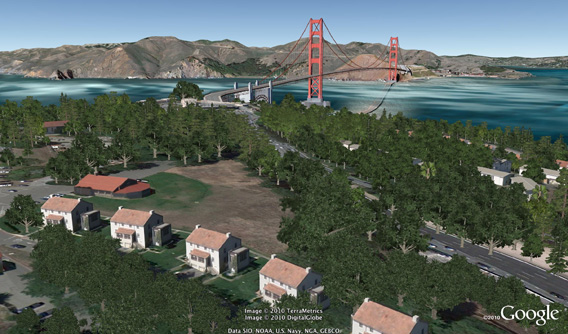 Trees in the Presidio, near the Golden Gate Bridge in San Francisco.

With world leaders meeting at climate talks in Cancun to discuss the future of forests, Google has added 3D trees to the latest version of Google Earth. 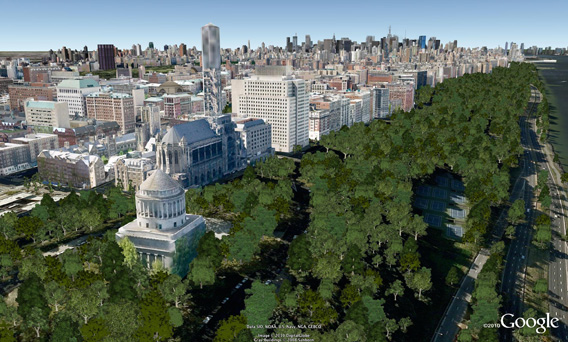 But Google has also extended realistic tree coverage to sites in some of the world’s most biologically diverse forests. Working with environmental organizations involved in its Google Earth Outreach program, Google has modeled trees in East Africa, the Brazilian Amazon, and coastal Mexico. Google hopes the initiative will help highlight the groups’ efforts to protect endangered forests and generate sustainable livelihoods for communities. 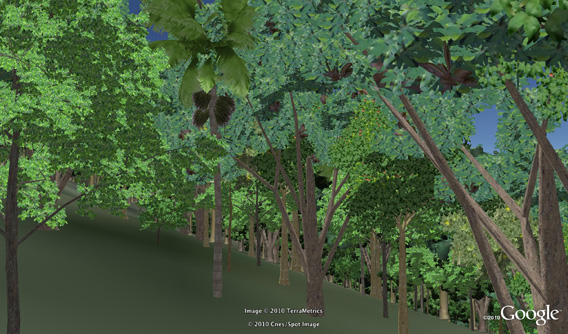 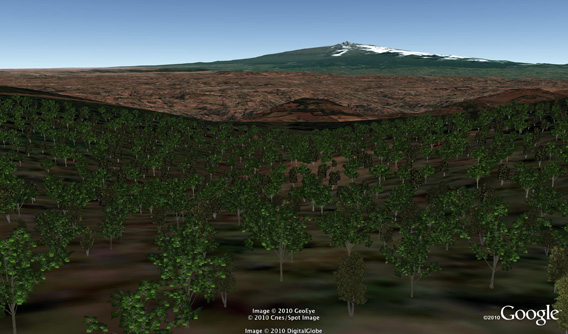 In Brazil, Google worked with the Surui tribe and the Amazon Conservation Team to model some of the most “culturally significant” trees in the Surui’s tract of Amazon rainforest. These include the acai palm, known for its protein- and antioxidant-rich fruit; the Moriche palm, an important source of food; the cacao tree, used to produce chocolate; the Cashew tree; and the Brazil Nut, among others. 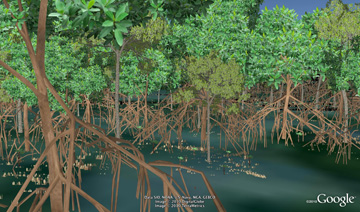 
Meanwhile in Kenya, Google Earth populated five sites run by the Green Belt Movement with native tree species communities are using to reforest degraded landscapes. In Mexico, Google Earth worked with CONABIO, Mexico’s National Commission for the Knowledge and Use of Biodiversity, to model mangrove forests, which serve as nurseries for marine life and protect coastal regions from erosion.

“[This] is a visualization of what trees look like all over the world,” Peter Birch, Google Earth Product Manager, told mongabay.com. “By highlighting select forest regions, Google Earth is helping tell stories about forests and those organizations.”

The latest version of Google Earth includes two other major new features: integrated “Street View”, which enables users to zoom from space directly to an on-the-ground view of a place, and improved access to historical imagery, which allows viewers to see how locations have changed over time. Historical imagery can be particularly useful in the context of deforestation. For example, a Google Earth user viewing the area surround the Surui territory can see forests disappear over time as loggers and ranchers move into the region. Today the Surui forest is an island in a largely deforested landscape.

(12/18/2009) The Gordon and Betty Moore Foundation, the largest private funder of Amazon rainforest conservation, is playing an unheralded but integral role in the development of the Earth Engine platform, a system that combines the computing power of Google with advanced monitoring and analysis technologies developed by leading environmental scientists. The platform, which was officially unveiled at climate talks in in Copenhagen, promises to enable near real-time monitoring of the world’s forests and carbon at high resolution at selected sites before COP-16 in Mexico.