The San Francisco Bay Area was struck by a magnitude 5.6 earthquake at 8:04 p.m. local time. The quake was centered at a depth of 5.7 miles about 9 miles from downtown San Jose, near Alum Rock, California, according to the U.S. Geological Survey (USGS). The shaking lasted about a minute.

There were no initial reports of damage or injuries according to the California Highway Patrol (CHP).

A magnitude 5 quake is considered a moderate earthquake capable of causing major damage to poorly constructed buildings but only slight damage to well-designed buildings. 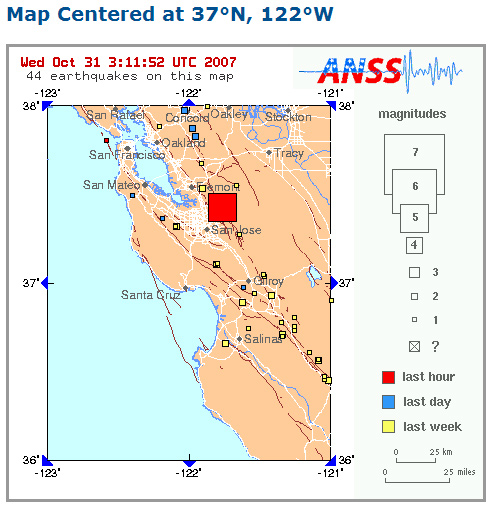