Goodbye to the Baiji 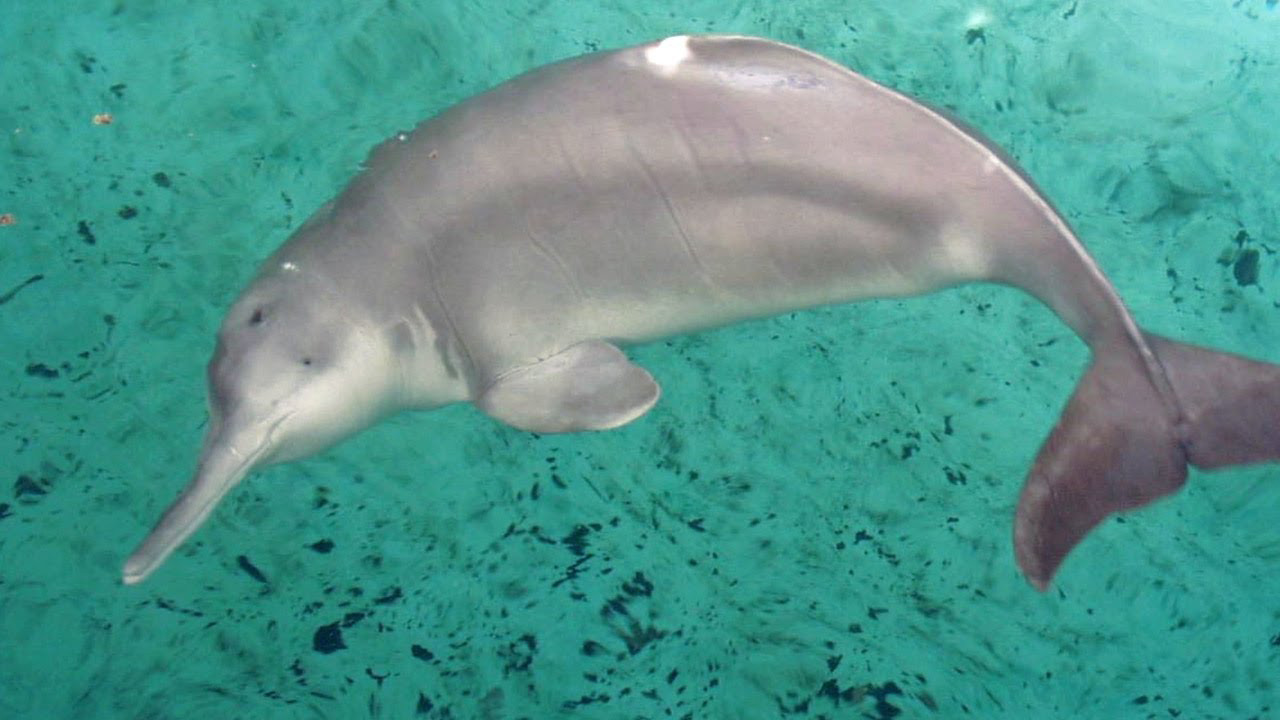 After a short illness spurred by pollution, overfishing, boat traffic, and obstructions like dams, the Baiji was declared “functionally extinct” last night. As a species, the river dolphin found only in China’s Yangtze River was 20 million years. Its demise was widely expected.

The Baiji is survived by other river dolphins, all themselves threatened, in the Ganges, Indus, Amazon, Orinoco, and La Plata rivers.

No memorial service will be held. Fittingly, in May the Chinese government completed structural work on the Three Gorges dam which blocks the flow of China’s mightiest river, the Yangtze, which today is but a shadow of its former self. Once known as “the Amazon of the East,” today the Yangtze’s estuary has been declared a dead zone, meaning the water doesn’t have enough oxygen in it to support fish.

The “functionally extinct” declaration comes shortly after a 26-day search for the Baiji found no dolphins. Two research boats searched more than 2,000 miles of river without of a trace of the animal.

Baiji populations have steadily declined since China declared the species endangered in 1979. In 1986 official estimates placed the Baiji population around 300 but an extensive survey in 1998 found only 7 individuals. The last confirmed sighting was in 2004 and the last captive baiji, Qi Qi, died in 2002 at the Institute of Hydrobiology in Wuhan. The Chinese government had set up a reserve in a lake in Hubei province to protected any captured baiji, but the attempt came too late to save the species.

Researchers say the a few Baiji likely still exist in the murky waters of the Yangtze but that the population is no longer viable and any stragglers will die out within a generation. Technically, the Baiji can’t be classified as extinct until 50 years after the last sighting according to the standards of the International Union for the Conservation of Nature / World Conservation Union (IUCN).

“It is possible we may have missed one or two animals,” said August Pfluger, a noted Baiji expert and head of Swiss-based baiji.org, an organization that led the search expedition. “We have to accept the fact, that the Baiji is functionally extinct.. It is a tragedy, a loss not only for China, but for the entire world.”

When the Baiji is officially declared extinct by IUCN, it will be first large aquatic mammal to disappear since the Caribbean monk seal in the 1950s. Chinese rivers still support a population of freshwater cetaceans: the endemic Yangtze Finless Porpoise. However, the Baiji survey found less than 400.

“Their numbers are declining at an alarming rate. If we do not act soon they will become a second Baiji”, said Wang Ding, deputy director of the Institute of Hydrobiology of the Chinese Academy of Science in Wuhan.

The Baiji migrated from the Pacific to the Yangtze River 20,000 some years ago according to fossil records. There are four families of river dolphins found worldwide: the Baiji, the Ganges and Indus River Dolphin from India, the Amazon River Dolphin or Boto from South America, and the La Plata Dolphin or Franciscana, also from South America. River dolphins are some of the world’s most endangered cetaceans.