Brazil has announced the creation of a Amapá State Forest, a 5.7 million acre Amazon protected area larger than the state of New Jersey. According to Conservation International (CI), a conservation group involved with the creation of the state forest, “the designation protects a crucial section of the Amapá Biodiversity Corridor of northern Brazil, which includes some of the most pristine remaining Amazon forest” and is home to some twenty three newly discovered species.

The Amapá Biodiversity Corridor — which includes a variety of ecosystems including tropical forests, mangrove swamps, savannah, and wetlands — is home to more than 1,700 species of animals and plants, including 430 species of birds, 104 species of amphibians, 124 reptile species and 127 mammal species, including 62 bat species, according to biological surveys conducted by Conservation International (CI) and the Amapá State Institute for Research. At the core of the Amapá Biodiversity Corridor is Tumucumaque National Park, the world’s largest tropical forest park.

“Brazil has raised the bar in terms of conservation commitment and has set a new global standard” said José Maria Cardoso da Silva, CI’s vice president for science and Amazonia projects. “The government of Amapá deserves our gratitude for what it is doing to conserve and promote the sustainable use of a very significant portion of one of the world’s priority conservation areas, allowing us to make economic activity in the region more compatible with conservation.”

“Creating new protected areas and integrating them into a large-scale biodiversity corridor, along with the effective use of the deforested lands, is a key strategy to promote the social and economic development of Amapá”, added Alberto Goés, Secretary of Economic Development of the State of Amapá.

The newly designated state forest will include a sustainable use zone where locals will be allowed to harvest timber and other forest products.

Brazil has the largest protected areas system in the world with more than 110 million hectares, or twice the size of France, under some form of protection. The country has some 252 federal reserves (including 66 national parks) and 662 state reserves (with 180 state parks) in addition to indigenous reserves, sustainable use areas, and municipal entities. Since 2002, the government has set aside more than 20 million hectares of the Amazon basin from development, including three new reserves this summer. Despite these moves, more than twice that area — at least 55 million hectares — has been cleared since 1978, mostly as a result of forest conversion for cattle pasture and settlement. In 2004 alone, some 2.6 million hectares were leveled. Last year, the deforestation rate was only 1.9 million hectares.

Nevertheless, the establishment of the newly protected areas is an important step in conserving the vast Amazon rainforest. A 2006 study. conducted by researchers at the Woods Hole Research Center and the Instituto de Pesquisa Ambiental da Amazonia, found that parks reduced deforestation significantly relative to unprotected areas.

CI says that the addition of Amapá State Forest to the Amapá Biodiversity Corridor is “a major component of plans to conserve a huge swath of Amazon forest in the Guyana Shield, which also includes protected areas in Guyana, Suriname, French Guiana and in the states of Pará, Amazonas and Roraima in Brazil.” It adds, “the region is considered the largest and most untouched remaining tropical forest on Earth, and one of the highest priorities of international conservation.”

Most of the species new to science are fish, amphibians and reptiles. 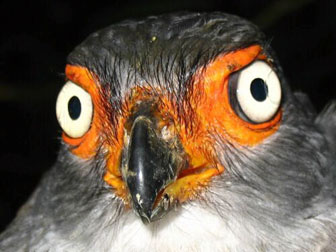 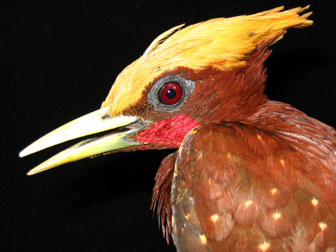 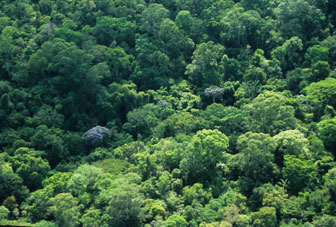