On October 10th the world lost an unlikely conservation hero: Bill Wood, a trapper who turned his expertise to save scores of species from extinction. Bill was 84.

A third generation Californian born on Christmas Eve 1933, Bill’s love of the outdoors began early. From his father and favorite uncle, a bird watcher and egg collector, Bill inherited a love for animals and wild lands. From his mother he inherited a keen intelligence, physical toughness and ability to work harder than almost anyone. As a child, those traits lead is uncle tie a rope around his waist and lower him down cliffs to collect the eggs of Peregrine Falcons and other cliff nesters.

After high school and a stint in the army, Bill got a job as Keeper of the Haiwee Reservoir in California’s rural Owens Valley. He was very good at his job and lightly supervised, so he had plenty of time to hunt, fish and explore the eastern Sierra Nevada Mountains. Soon his reputation as a great hunter and fisher begin to spread.

In his early 30s, Bill’s love of all things involving animals led him to start fur trapping. The challenge of thinking like an animal and placing a trap exactly where an animal would put its foot appealed to Bill. Over time, he developed a reputation as one of the best trappers in the world.

In 1994, young scientists at the University of California co-founded Island Conservation to save species from extinction by removing invasive animals from islands. They had raised some money and worked with island communities in Mexico to design some promising projects. But, they had no idea how to hunt or trap.

A logger and puma hunter who occasionally worked for biologists became the bridge between the worlds of conservation and fur trapping. This led to Bill, who agreed to eradicate invasive animals from islands, which are perhaps the largest cause of extinctions.

Bill worked for Island Conservation for almost two decades. At first as the sole hunter-trapper, then joined by Miguel Angel Hermosillo-Bueno, a market poacher from Tepic, Mexico, then leading a growing cadre of hunters and trappers from around the world. Bill directly and personally saved over 180 animals and plant species from extinction though his work.

In 2001, Bill reluctantly took a break from fieldwork to present at a conference on island ecosystem management. His talk spurred an honor almost unheard of at a scientific conference: a standing ovation. He was no longer just one of the world’s best trappers; he had become a global conservation hero.

Those of us who had the good fortune to know Bill revered his hunting and trapping skills, keen intelligence, toughness and determination. But, what stood out most was his kindness. He approached every relationship wondering, “how do I solve your problem, whatever that problem is?” As a result, his legacy in the many island communities he worked in is not just the scores of species he saved, but also the many people whose lives he made better in small and large ways. As his daughter Vicki said, “the only thing he loved more than hunting and fishing was helping someone else hunt or fish.” 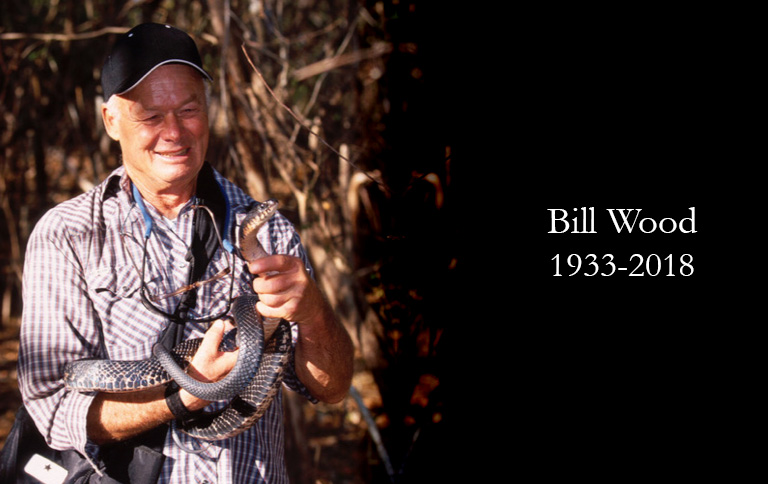