The 2017 Tyler Prize for Environmental Achievement will be awarded to Mexican ecologist José Sarukhán on May 4 at a ceremony in Washington, D.C., for his scientific contributions to the field of biological diversity. He joins the likes of E.O. Wilson, Mongabay Advisory Board member Jane Goodall, and a host of others who’ve received the Tyler Prize, which rewards achievements in the fields of environmental policy, health, air and water pollution, ecosystems, biodiversity, and energy resources.

Professor Sarukhán was President of National Autonomous University of Mexico (UNAM) in the early 1990s, a time when Mexico’s environment was under great strain. Then-Mexican President Carlos Salinas turned to him for advice on what to do, and in response Sarukhán proposed a federal agency focused on understanding the country’s considerable biodiversity (Mongabay recently estimated that it is the 5th most biodiverse country in the world).

Together they founded the Comisión Nacional para el Conocimiento y Uso de la Biodiversidad (CONABIO), one of the first agencies of its kind in the world, and which now houses the largest, electronically accessible, national biodiversity database in the world, with over 11.2 million specimens. Professor Sarukhán has remained at the helm of CONABIO during the administrations of five successive presidents, and has led its innovative scientific programs, which have in recent years increasingly involved citizens in data gathering (“citizen science”).

At a time when scientists are engaged with the public and policymakers more than ever, it is fitting for this award to be conferred on Professor Sarukhán. Despite a hectic schedule, he took the time to answer Mongabay’s questions about his work.

AN INTERVIEW WITH JOSÉ SARUKHAN

Erik Hoffner for Mongabay: How do you explain the concept of biodiversity to people or politicians who don’t understand its importance?

: I always try to convey to people the notion that we all are a product of nature and evolution, and that we replenish our body every day from biodiversity when we have our meals, we dress with the products of biodiversity, and to a large extent we still depend on the products of nature for our medicines and many other materials that are part of our lives, besides the spiritual benefit of enjoying well-preserved forests and natural landscapes.

Mongabay: What made you start spending so much time outside the laboratory and in the halls of public debate and national policy?

José Sarukhán: It was a combination of two factors: 1) I had always been interested in communicating results of science to people in the streets, and being President of the National University of Mexico gave me a public presence, and 2) a President of my country (Carlos Salinas) who was always interested and open about issues that were related to natural resources.

Mongabay: So you helped found CONABIO, which is celebrating its 25th anniversary. What are its most important achievements so far?

José Sarukhán: CONABIO has the largest database of biodiversity information under one roof about the natural resources of any country in the world. But besides that, it has truly become a bridge between academia, governmental agencies, and society because all our information comes from the scientific community of Mexico and our results are open and accessible to everyone.

Mongabay: Has CONABIO inspired other countries to create their own biodiversity agencies?

José Sarukhán: Yes, but the most important is the Global Biodiversity Information Facility, an OECD organization inspired by the success of CONABIO’s database. We have received groups of people from many countries like Costa Rica, El Salvador, Guatemala, Trinidad and Tobago, Madagascar, Kenya, and South Africa to be trained in different aspects of the work of CONABIO.

Mongabay: Can you describe how and why you brought citizen science into CONABIO?

José Sarukhán: When we realized the impact of involving citizens to generate information that can be useful to advance knowledge and science with the eBird program of Cornell University, we contacted them to help us import their program ten years ago. Later on we discovered a new platform, iNaturalist developed by Scott Loarie and Ken-ichi Ueda in Berkeley that looked fantastic, and invited them to come to Mexico to train some of our staff and help us develop the platform to be used in Mexico. It has been very successful since. In only three years we have over 20 thousand people contributing, and already there have been four new species discovered by amateurs. You can see the results at our web page in the sections called AverAves and NaturaLista. 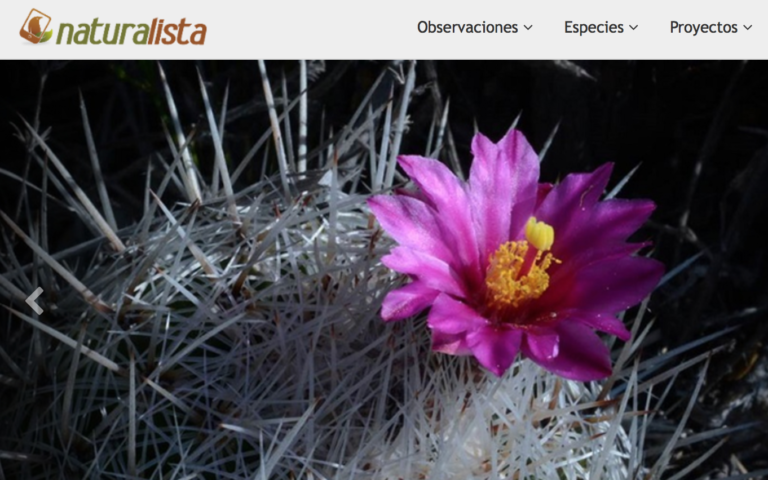 Mongabay: What new species were discovered via the program?

José Sarukhán: They are in the process of being described and published in the pertinent journals, but there are two species of tarantulas, one scorpion, and a new species of fungus.

Mongabay: You are a very busy man, but if you could spend a whole year studying some plant, animal, or ecosystem without interruption, what would you do?

José Sarukhán: Although I am not a trained taxonomist, I think I would like to explore the tropical seasonal forests of Mexico on the Pacific Ocean side of the country. The wealth of species in that area is enormous, and many of the species are endemic to Mexico.

Mongabay: What projects are you most excited about right now?

José Sarukhán: CONABIO is engaged now in a study to evaluate the health of our remaining natural ecosystems by means of recording vocalizations of all organisms, photo-trapping, hemispheric photos of the canopy, etc., for 8 thousand sites in our permanent forest inventory system. But what interests me most is a study that we have started some 8 years ago of the genetic diversity of wild relatives of the wealth of crops originally from Mexico that constitute an invaluable treasure of genetic variability useful for finding responses to the demands that environmental changes are, and will increasingly be, imposing on food security and production in my country.

Mongabay: What is your key message for people who care about the Earth and its systems?

José Sarukhán: That as products of organic evolution that have developed a cultural evolution, we have the knowledge and responsibility for stewarding our planet in such a way that we will protect the systems that allow life on Earth, for the benefit of future generations of human beings.