Tim Plowden has done a little bit of everything when it comes to the animal world. The producer of two films to be aired in 2016’s WCFF festival, award-winning The Return of the Salmon and Red-Shanked Douc: Primates on the Edge, Plowden is also known for stunning wildlife photography and for articles chronicling his experiences in the field. In his two short films, Plowden uses a powerful combination of film and still images to capture the poetic beauty of salmon and douc langur monkeys in the wild, adding haunting music and narratives that tell of the challenges these creatures face.

AN INTERVIEW WITH TIM PLOWDEN

Shannon Cuthbert for Mongabay: What is your background, and what are some other examples of your work?

Tim Plowden: I was in the private sector early in my career and worked internationally as a project manager. A sabbatical in wildlife conservation led to my decision to pursue a career in wildlife photography. I am now a featured photographer for Alamy, the world’s largest stock photo collection. My work in Alaska in 2014 came to the attention of the UK press with features in The Telegraph, The Mail Online and The Guardian. My photography of critically endangered primates in Vietnam have also been published in the international media and used by conservation organisations.

I wrote about my experience in Vietnam for New Scientist magazine. I also write about wildlife photography as a regular contributor to Wildlife Photographic Magazine. I’m currently writing a series of articles about capturing animal behavior, a subject I learned while working in the field.

Shannon Cuthbert for Mongabay: What particular topics or stories do you gravitate towards in the filmmaking process?

Tim Plowden: I’m interested in the intersections between people, wildlife and the environment we share. These relationships are the foundation of my conservation videography: sometimes they’re positive stories and sometimes they’re profoundly depressing. I particularly enjoyed filming a Community-based Ecological Mangrove Restoration (CBEMR) project in Thailand. There the local fishing community were at the forefront of restoring mangroves previously ripped up for aquaculture.

Shannon Cuthbert for Mongabay: What first interested you in creating The Return of the Salmon?

Tim Plowden: The story for The Return of the Salmon started to take root while I was photographing wildlife in Southeast Alaska. Although I was focusing on bears, I kept getting drawn to salmon as they swam to spawn in their natal streams. It was a visceral response to not just the migration of thousands of salmon but also to the coastal rainforest where I felt completely at home. Conversations with a broad spectrum of Alaskans about salmon all served to deepen my knowledge about salmon and deepen my respect for them. Salmon are the lifeblood of Alaska!

Shannon Cuthbert for Mongabay: You worked with Christel Veraart, who composed the score and narrated the film. What was that collaborative experience like and what did the unique score bring to the film’s story?

Tim Plowden: I’d wanted to work with a professional musician from the start and Christel’s involvement was totally serendipitous. When I was looking for commercial music to licence, I couldn’t find any music that was suitable. After Alaskan-based composer, Christel Veraart, got in touch and I listened to her music, I knew instantly that we should work together. To work with someone from a different creative field yet who is equally inspired by the same source – in this instance the Alaskan landscape – is such a unique opportunity. Christel’s openness allowed for creative discussions and fostered the right environment for sharing ideas and making decisions.

Although we both started with our own ideas for the video and the soundtrack, I valued Christel’s inputs to video editing, and she in turn was receptive to ideas I had about the score. The long distance didn’t seem to cause any problems: we were both able to get on with our work and I really enjoyed bouncing ideas around with her during our regular calls. There were several occasions when my preconceptions were challenged, and I enjoyed adopting new ways of seeing things.

Christel’s music explores our emotional connection with the natural landscape, and how that shapes our moods, dreams and interactions. Her soundtrack really does bring “an awe-inspiring tone that celebrates the grandeur and bounty of the Alaskan landscape”. I didn’t want the narration to dominate the production and Christel’s score provided the perfect audio accompaniment to my visual work.

Shannon Cuthbert for Mongabay: What message would you like those who watch your film to take away from the experience of being immersed in this environment?

Tim Plowden: Let the otherworldly soundtrack uplift your spirit as we celebrate the cycle of life on earth!

Shannon Cuthbert for Mongabay: You also produced Red-Shanked Douc: Primates on the Edge. What is the plight of the red-shanked douc langurs and why should we be concerned?

Tim Plowden: Red-shanked doucs are facing extinction in Vietnam. Experts now say that as much as 70% of the Red-shanked Douc population has been lost in a span of just 30 years (this is a revision of the estimate provided on the IUCN Red List). Doucs are to be listed as Critically Endangered because of serious decline of doucs across their range. Doucs, like many species, are getting hammered by poaching, hunting and habitat loss. 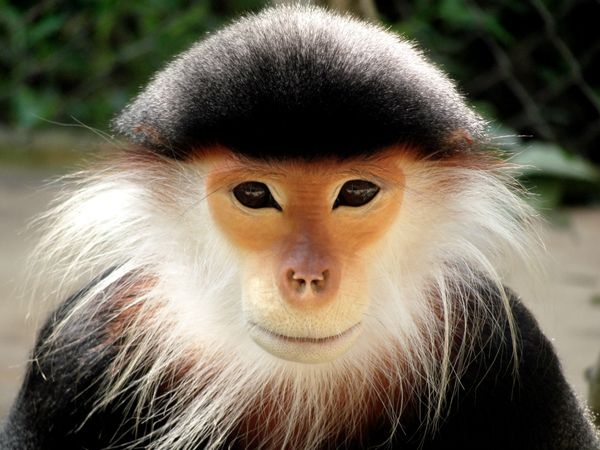 Shannon Cuthbert for Mongabay: What did it take to put together an international team of experts to tell their story?

Tim Plowden: This production depended to a large degree on the rapport I’d built with the president of the NGO (Douc Langur Foundation) that is carrying out field research and funding conservation work in Vietnam. Their willingness to share scientific expertise, data and photos of poachers helped to set the tone for both the story and teamwork. My experience in project management helped with sourcing the creative talent and managing a virtual team. I’m fortunate to have a script writing partner who can weave scientific and conservation messages into the story without losing the human touch. Everyone involved in the production felt proud of their contribution and the WCFF screening is a testament to their work!

Shannon Cuthbert for Mongabay: Why is the Wildlife Conservation Film Festival important and why should people attend?

Tim Plowden: WCFF is important because it draws attention to some of the most pressing wildlife conservation issues of our day by supporting the work of a wide range of filmmakers from Nat Geo to independent filmmakers like myself. The audience will be able to watch films they’ll be hard-pressed to find anywhere else – all in one place!

Shannon Cuthbert for Mongabay: Are you working on any new projects?

Tim Plowden: I’m working on a new production based on an idea suggested by Christopher Gervais to document in-depth the conservation issues in Vietnam: habitat loss, poaching and illegal wildlife trade. I’m currently looking for funding to complete post-production. 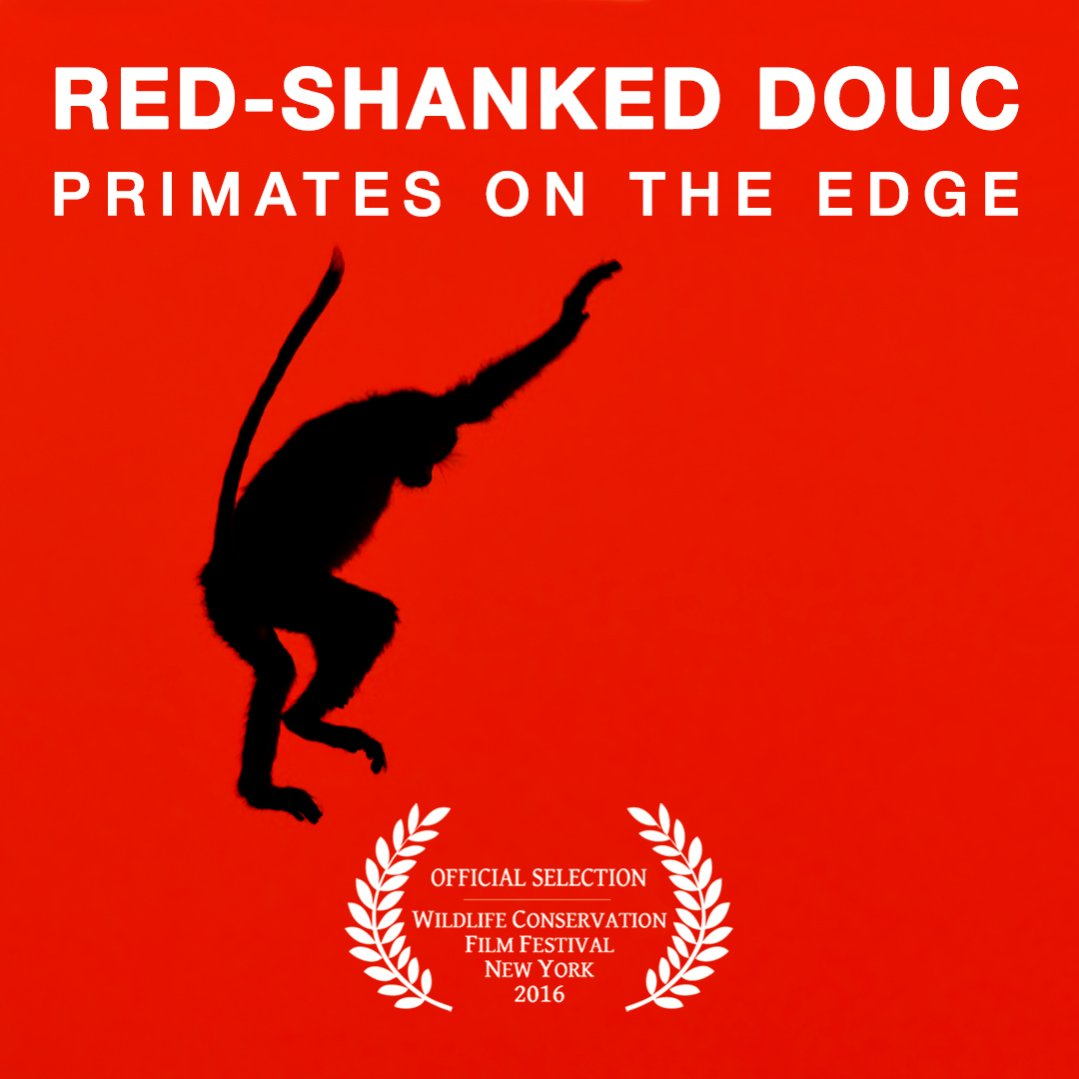 To see more of Tim’s work, see his website.

The documentaries Return of the Salmon and Red-Shanked Douc: Primates on the Edge will have their World Premiere at the upcoming Wildlife Conservation Film Festival in New York City on Tuesday, October 18th.

To see Plowden’s film, come to the 2016 WCFF in New York, NY this October. For a schedule of films, speakers and to purchase tickets visit: wcff.org/2016-film-festival/.