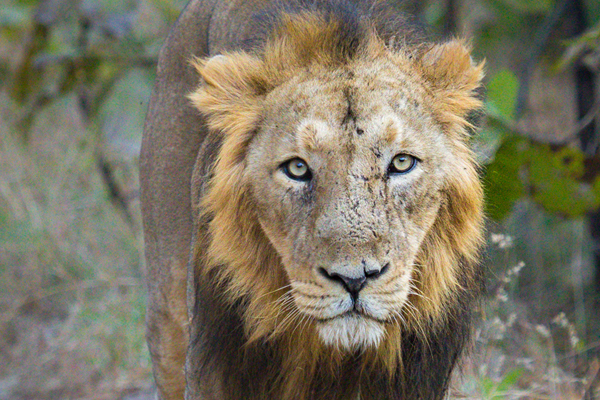 A new survey last month put the number of wild Asiatic lions (Panthera leo persica) at 523 individuals, a rise of 27% from the previous survey in 2010. Once roaming across much of Central and Western Asia, Asiatic lions today are found in only one place: Gir Forest National Park and surrounding environs in western India.

“There are 109 male lions, 201 females and 213 cubs in the Gir sanctuary and nearby forest areas of Junagadh district,” said Anandiben Patel, the chief minister of the state Gujarat, where Gir Forest National Park is located.

The population has been steadily rising over the last ten years. In 2005, India counted 359 Asiatic lions. Then in 2010 the population rose to 411 lions.

Classified as Endangered by the IUCN Red List, the Asiatic lion is threatened by poaching. But mostly the population is imperiled due to surviving in just one place; conservationists fear that a single natural disaster or disease could wipe them out. Still, plans to move a portion of the population have been held up to date by Gujarat state.